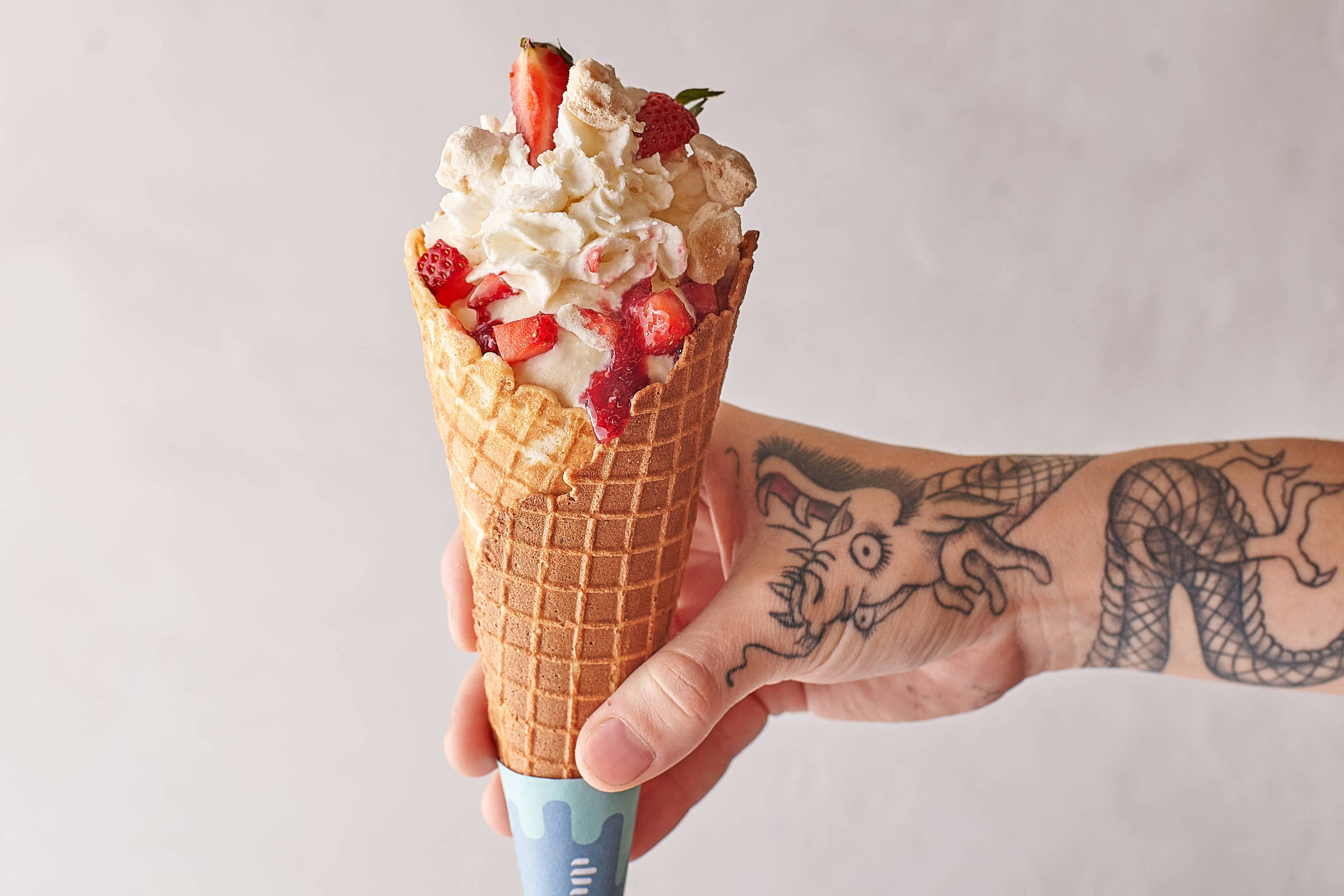 The arrival of spring, when it is not accompanied by a cold front that makes temperatures plummet, usually brings more friendly thermometers and a date that suits it: Ice Cream Day.

Celebrated only in Brazil on September 23, the date was created by the Brazilian Association of Ice Cream Industries and Sector 20 years ago, with the aim of promoting the ice cream dessert.

In recent years, especially since the beginning of the Covid-19 pandemic, São Paulo has seen new ice cream shops flourish in the capital of São Paulo, which have been investing in different flavors and formats to attract the public.

Some novelties have generated double-block queues, such as the Lebanese chain Bachir, which opened a unit in Moema and offers pistachio-dipped ice cream, and Mooi Mooi, in Itaim Bibi, which draws attention with instagrammable gelato with unusual toppings.

Others bet on flavors that stray from the traditional, such as Cangote, in Vila Buarque, which prepares artisanal pasta with ingredients from the Northeast.

It specializes in Arabic flavors. One of them is Buza, prepared with milk, vanilla cream, orange blossom water, miski and orchid flour, rolled with pistachios in the shape of a roulade. Another option is Sahlab, which combines orange blossom and rose waters, vanilla, cinnamon and pistachio.
Al. dos Nhambiquaras, 1657, Moema, southern region, WhatsApp (11) 95089-4750. Delivery via iFood and Rappi

Since it started operating, in December of last year, the only Brazilian unit of the Bachir chain, which appeared in Lebanon in 1936, has caused queues. One of the reasons is the ashta cone, a dough made with milk seasoned with orange blossom essence and topped with toasted pistachios. Prices start from R$12 a ball.
R. Diogo Jácome, 686, Moema, south region, tel. and WhatsApp (11) 97301-7070

Opened in February this year in Vila Buarque, the artisanal ice cream shop bets on flavors from the Northeast. There are vegan options, made with fruits such as cajá, soursop and mangaba, and those with milk, such as tapioca, cream with guava, coalho cheese and chocolate from Bahia. On top, go toppings of cane molasses or rapadura farofa. A ball costs R$7; two, at R$ 12.
R. Aureliano Coutinho, 278, Vila Buarque, central region, Instagram @cangotesorvetes. Delivery via AppJusto

Here, the ice creams are creamy style, called soft, prepared in four flavors: vanilla, chocolate, strawberry with condensed milk and dulce de leche. Customers choose grout and topping options. The real fun is the taiyaki, a Japanese-style pancake in the shape of a fish, which can be used in place of the cone.
R. Oscar Freire, 978, Jardim Paulista, West Region, Instagram @dumboicecream

Born in Santos, on the coast of São Paulo, the gelateria went up the mountains in 2021 to show people from São Paulo that ice cream in the cone or in the pot is not enough. Under the leadership of chefs Alexandra Labruna and Lena Chaib, the house has a menu of foods and desserts always paired with gelato. The place is known for the seasonal flavors of exotic fruits.
R. Simão Álvares, 1029, Pinheiros, west region, Instagram @maredisapore. Delivery via Rappi

The duo Oscar Bosch and Mel Kolanian brought to the country a machine capable of crushing and mixing ingredients inside the ice cream and milkshake at the moment of order, allowing the customer to customize the dessert. In celebration of Ice Cream Day, the place will launch a 500 ml pot of Pop My Corn flavor, which has caramelized popcorn with fleur de sel.
R. Manuel Guedes, 249, Itaim Bibi, West Region, Instagram @mooimooi.br. Delivery via iFood

The name of the chemical element is not just a reference to attract public attention: N2 gelatos are actually prepared with liquid nitrogen, which promises to cool any ingredient and turn it into ice cream. The trend emerged in Australia and allows you to choose between four ice cream bases, dozens of flavors and ingredients that are mixed to form gelato.
R. Bela Cintra, 1783, Cerqueira César, west region, Instagram @n2.brasil

Nestlé’s classic bonbon flavors, such as Charge, Chokito and Lollo, are manually incorporated into the gelato bases. The options can come in pots, cones or stuffed “smudges” and can be increased with additional ones. The place also offers nine milkshake flavors.
R. Vieira de Morais, 103, Campo Belo, south region, Instagram @nho.campobelo. Delivery via iFood

Completing one year on this Ice Cream Day, Piccolo is a pocket version of the traditional Marco Polo Gelateria e Caffè, located in the Tatuapé region. The ice creams are made with natural ingredients, without additives and industrialized preservatives, and served in flavors such as passion fruit, mint with chocolate and brownie.
R. Airi, 474, Vila Gomes Cardim, east region, Instagram @piccolo_gelateria. Delivery via iFood