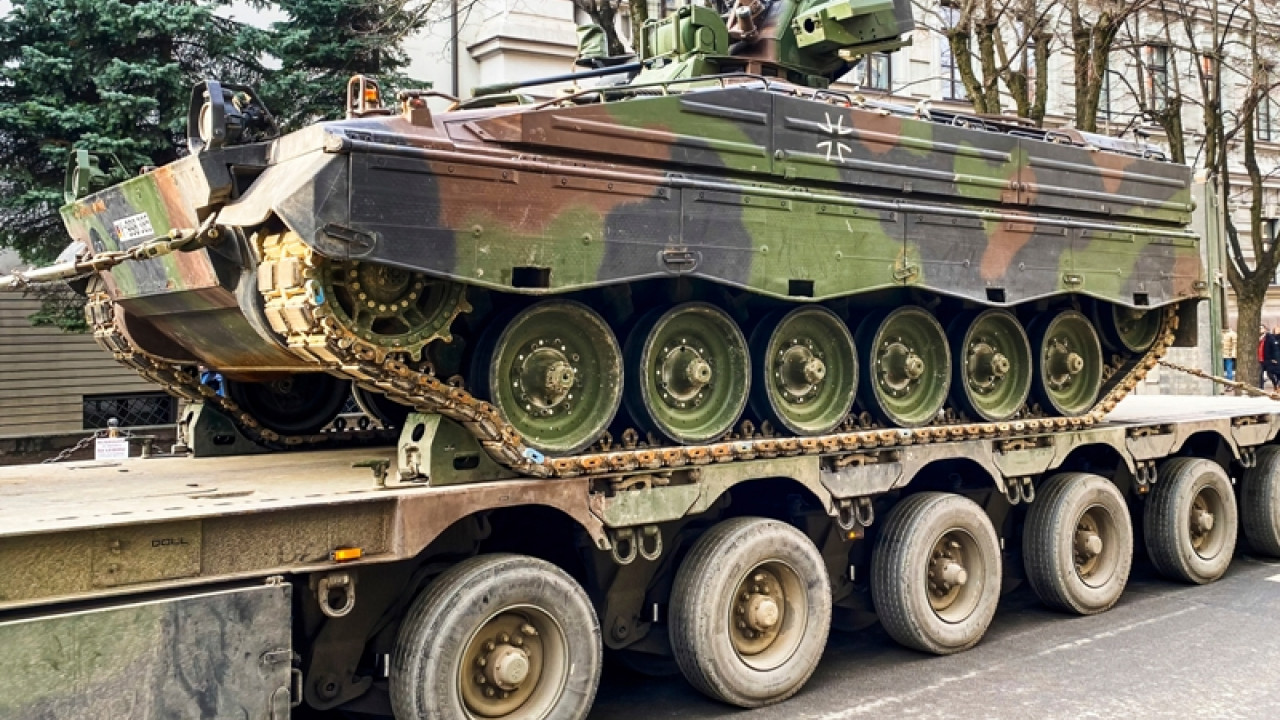 When will Greece receive the armored Marder? Why not Leopard? Berlin responds

These questions have long been asked by journalists in Germany about the cyclical exchange of tanks in support of Kiev. What does the German Ministry of Defense say to DW?

In a week of significant developments on the Ukrainian front and with the partial conscription in Russia ongoing, pressure is mounting on the German government for further support Ukrainian with military equipment and specifically with tanks.

For months, Germany has chosen the peculiar system of the so-called circular exchange of weapons systems with countries such as Greece, Poland, the Czech Republic, Slovakia and Slovenia. Specifically in relation to Greece, as confirmed by the latest announcement by the German Ministry of Defense, the delivery of 40 Soviet-type BMPs to Ukraine by the Greek army in exchange for 40 German Marders is imminent.

Announcements only upon delivery

From then on, both the German and Greek sides are sparing in announcements, while for ordinary citizens and non-experts many open questions remain. Asked by DW’s Greece program on Friday when exactly the planned tank deliveries are expected to be completed, German Defense Ministry spokesman Capt. David Hellblod said he could not yet provide specific information on the time horizon.

“Announcements will be made regarding the individual deliveries both from the German side to Greece and, possibly, from Greece to Ukraine, when these have already been completed or are being completed. At the moment we cannot give any further information beyond what has been given in the last few days” answered D. Helbold.

A second question raised by the Greek program concerned the selection criteria of the specific type of battle tank (Marder) for the Greek army, which was reached by the consultations between Greece and Germany.

Why was the deal finally concluded to send to Greece German Marder and not, for example, the ultra-modern German Leopard 2, which are currently considered top armored battle tanks?

“I cannot say anything publicly about the specific criteria followed with Greece. Negotiations took place between the Greek and German sides, which resulted in a result, for which we are very happy” said the representative of the German Ministry of Defense, without also wanting to comment on the options considered in the context of the discussions.

Reference to the words of Minister Lambrecht

In a final question from DW regarding the question raised by the countries that participate in the circular exchange program such as Greece, the Czech Republic or Slovakia “why does not the powerful Germany directly send Marder tanks to Ukraine”, D. Helbold referred in the recent statements of the German Minister of Defense Christine Lambrecht on the ZDF-Spezial program of the German public television.

Lambrecht said there that she saw no reason for immediate deliveries of tanks to Ukraine, even after the announcement of a partial mobilization in Russia. “Ukraine will very soon receive 40 armored vehicles from Greece, 28 from Slovenia, and Germany will then help fill the gaps that will arise in the two countries,” he said. At the same time, he emphasized that Ukraine continues to receive “effective support” from Germany with other weapons systems such as self-propelled howitzers or multiple rocket launchers, which, as he emphasized, do not require specialized training of Ukrainian soldiers.

As for the Soviet-style tanks it will receive from Greece and Slovenia, the position of the German side for months has been that these are weapon systems, which the Ukrainian army already knows well and can therefore be used easily.

Facebook
Twitter
Pinterest
WhatsApp
Previous articleAlabama: No vein found in him… and execution of death sentence of inmate afraid of needles postponed
Next articleRussians flee the country in a hurry to avoid the call for the Ukrainian War