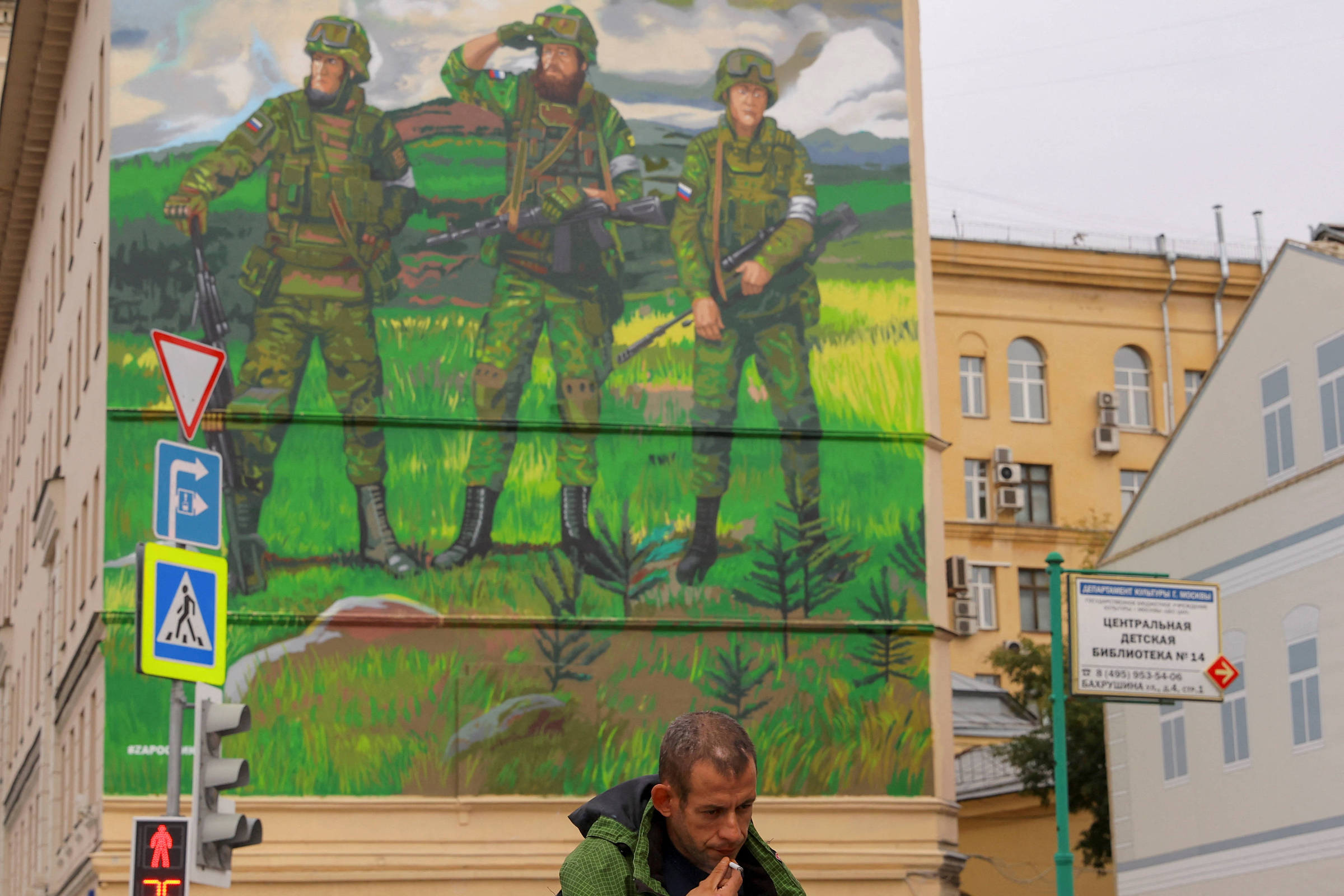 Just over 12 hours after learning that Russian civilians could be recruited to fight in the Ukrainian War, the tour guide bought a plane ticket and laptop, exchanged money, closed his business, kissed his crying mother and boarded a plane to another. country, not knowing when he could return, he said.

On Thursday morning (22), he entered the cavernous arrivals hall of Istanbul International Airport, in Turkey, carrying only a backpack and the address of a friend who had promised to host him while he decided what he would do with his life. .

“I was sitting there thinking about what I could die for, and I didn’t see any reason to die for my country,” said the 23-year-old tour guide, who, like others interviewed for this story, declined to give his name for fear of reprisal.

Since President Vladimir Putin’s announcement on Wednesday of a new call-up of troops, some Russians who once thought they were safe from the front lines have fled the country. And they did so in a hurry, braving lines at the borders and paying increasingly higher prices for flights to countries that allow them to enter without a visa, such as Armenia, Georgia, Montenegro and Turkey.

Putin officially called out only the reservists, saying that only men with military experience would be ordered to report for service, but many feared the government would impose new travel restrictions on men of draft age and decided to flee as a precaution.

Turkey was already one of the countries that received a large exodus of Russians at the beginning of the invasion of Ukraine. Many were fleeing repression in Russia, which included the criminalization of dissidents: speaking out against the invasion or even calling it war carries serious penalties. Others worried about the impact of international sanctions and Russia’s increasing isolation on the economy and their jobs.

Now a new wave may be starting, and although the exact scope of it was not immediately clear, the rush for plane tickets and the long lines of cars at the borders indicated that the prospects of expanded recruitment had alarmed a part of Russian society.

Alexander, the executive manager in Moscow, said he started packing even before Putin finished his announcement on Wednesday. Minutes later, he was on his way to the airport, looking for available tickets on the way.

Tickets to his favorite destinations—Istanbul and Almaty, Kazakhstan—were already sold out, so he settled on Namangan, Uzbekistan, a city he had never heard of, he said. Then he sweated through passport control, fearing that the Kremlin had closed the border to reservists like himself.

“I realized the stakes were very high,” Alexander, 37, said in a telephone interview from Namangan. “I was ready for everything, for them to just send me back from the border.”

The plane was full of people like him, he said—”young people bent over laptops.” A passenger beside him had also never heard of Namangan.

In Moscow, Alexander’s wife, suddenly alone with her three children, was in shock. “My hopes that things would go on more or less well have been dashed today,” she said over the phone.

Anastasia Burakova, founder of Kovcheg, a group that helps Russian opponents to the war to settle abroad, said her organization received more calls for help after Putin’s announcement. But it’s getting harder for Russians to leave the country quickly, she said, with flights almost fully booked and the price of remaining seats soaring.

Until now, most Russians who wanted to flee were activists, protesters or journalists who took a public stand against the war, Burakova said.

“Now we see a lot of people who didn’t care about that, but are leaving the country because they are afraid of the mobilization and they fear that it could be a reality for them and their families,” she said.

As air tickets sold out, some Russians wanted to drive to neighboring Georgia and Finland, according to several channels on the messaging app Telegram. Some reported long lines at the borders as guards carried out thorough checks on the men.

A 26-year-old merchant seaman who gave his name only as Dmitriy said he would wait in Turkey until his next job in December to ensure he was not drafted in the meantime.

“I decided I needed to leave now,” he said.

Over the past 24 hours, he explained, his friends have exchanged messages to weigh their options and consult Telegram channels, where people share information about conditions at Russian airports and at borders.

The sailor said most of his friends stayed in Russia after the Ukraine invasion, believing the war would not affect them much. But now most were running to get out, he said.

“Many people want to leave Russia because they don’t want to fight for one person’s opinion,” he said, dismissing the invasion as Putin’s personal project.

“It’s not about defending your family,” he declared.