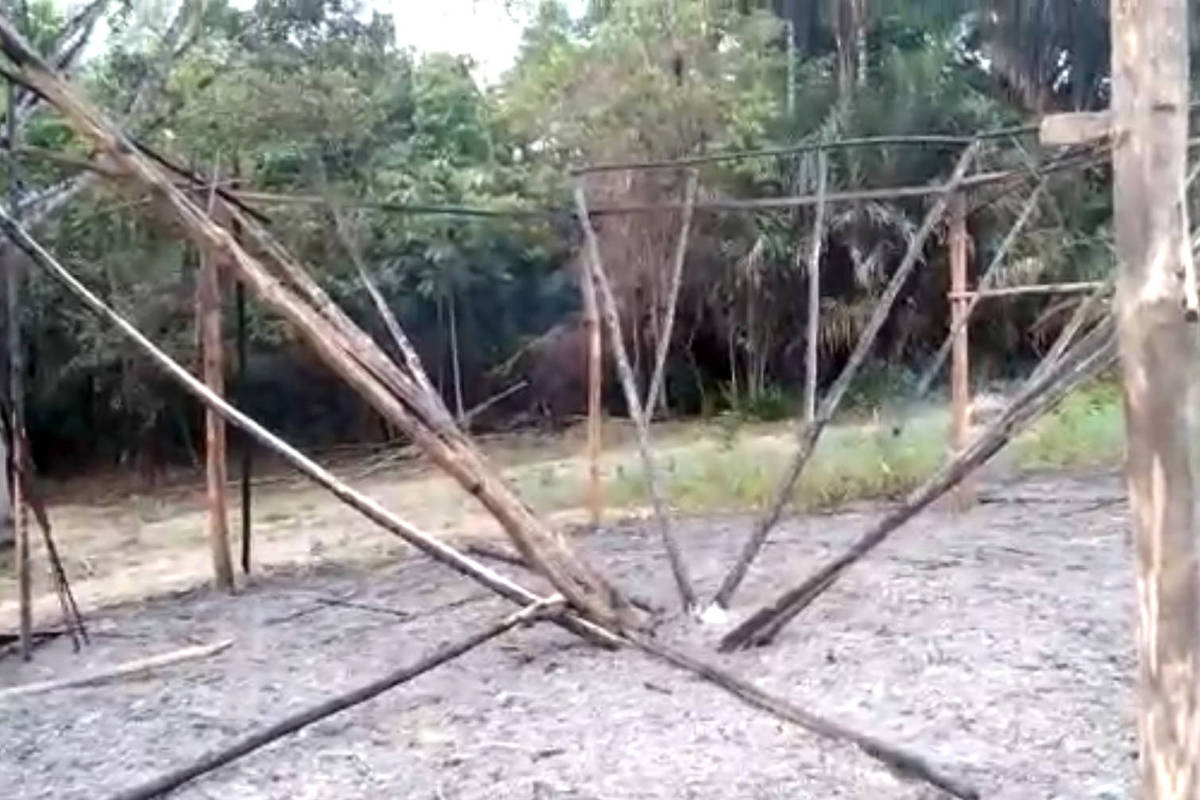 The Federal Public Ministry is investigating attacks against indigenous people of the Turiwara ethnic group in Acará (PA), 115 kilometers from Belém. On Saturday (24), a person was shot dead in an ambush. This Sunday (25), a fire destroyed the cultural house of a village.

According to Cimi (Indigenist Missionary Council), the region is the scene of intense conflicts involving indigenous communities, quilombolas and riverside communities and companies that produce palm oil.

On Saturday, a vehicle with four people was shot at by men who passed in another car. One victim died and three men were injured.

“We were almost killed, God’s deliverance,” said one of the survivors, Adenizio Turiwara, in a video released by the candidate for federal deputy and secretary general of the PSOL in Pará, Nice Tupinambá. “We abhor this practice of taking justice into our own hands.”

The Pará Secretariat of Public Security and Social Defense says that teams from the Military and Civil Police were sent to the region shortly after the incident to reinforce security and investigate the case.

This Sunday, a fire destroyed the cultural house of the Braço Grande indigenous community, in neighboring Tomé-Açu. The space was used as a meeting point for dancing and teaching indigenous culture to children.

The Federal Public Ministry says it is investigating both cases and claims that, according to the complainants, the crimes were allegedly committed by a palm oil company involved in conflicts in the region.

Indigenous leaders in the region accuse the company BBF (Brasil Biofuels) of the attacks. “For ten years now, the only attacks we have suffered are from this company”, says the president of the Tembé Indigenous Association of Tomé Açú, Paratê Tembé.

In a statement, the company said it regretted the reported acts of violence, but “strongly” denies any connection with the attack. She also claims that she does not have red vehicles, like the one used by the gunmen.

Brasil Biofuels says that one of the victims is involved in crimes in the region and that the police found “a large sum of money and a firearm” in the targeted vehicle. The State Department of Public Security and Social Defense confirmed that it found R$100,000 and a revolver with the victims.

“The company reinforces that it will file legal measures against Parate Tembé, who has been trying to slanderously associate the name of BBF with these tragic events that occurred this morning, aiming at actions of terrorism and vandalism against the company and its employees,” he said.

Facebook
Twitter
Pinterest
WhatsApp
Previous article
Refugee is inspired by Neuer and walks the path to educate children
Next article
Opinion – PVC: Brazil may have the toughest World Cup ever