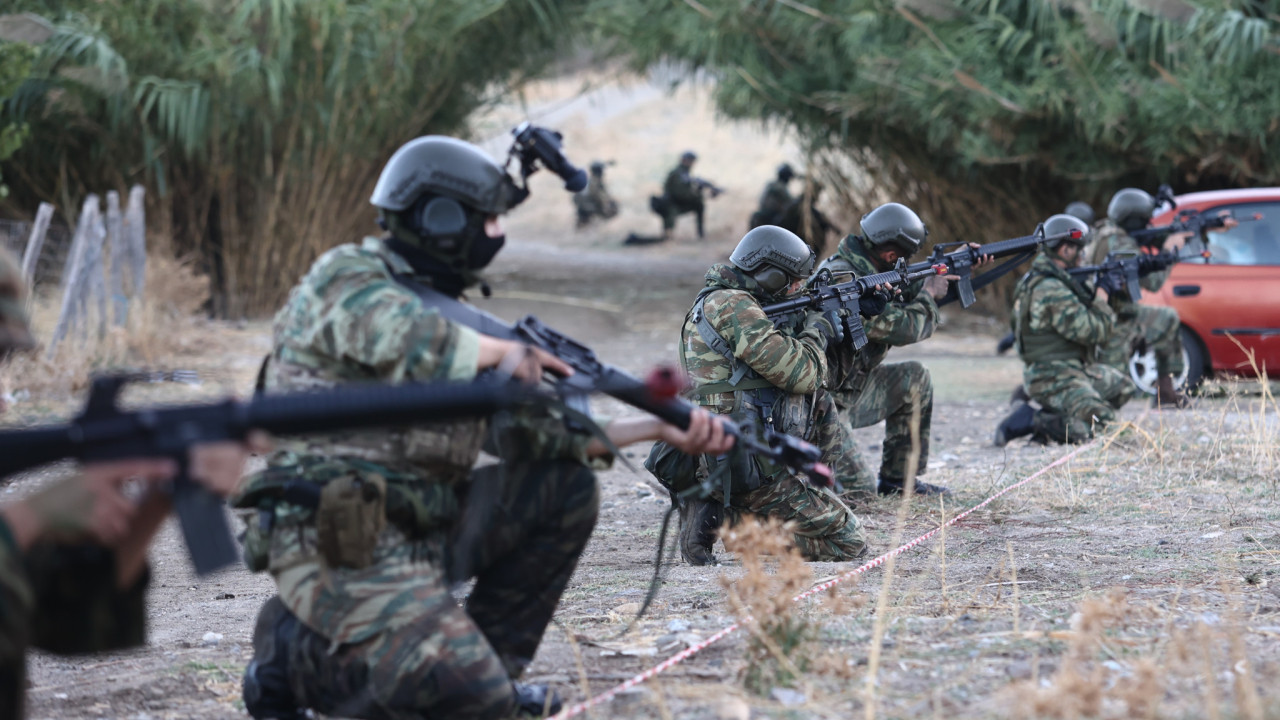 Based on today’s scenario, Greek and French commandos make a “landing” on the beach of Skyros. The exercise ends on Saturday.

The multi-national cross-branch exercise of Greece and France sends a message in all directions about the readiness of the armed forces “Argo 2022” which is in progress.

Based on today’s scenario, Greek and French commandos make a “landing” on the beach of Skyros. The exercise ends on Saturday.

Greece participates in the “Argo 2022” exercise with the frigate “Elli” of the Navy, two tankers and a Type 214 submarine. In addition, the Special Warfare Command led by the 32nd Marine Brigade and Special Operations Unit deployed in Volos is participating in the exercise.

Also participating in the exercise are Apache attack helicopters and Chinook transport helicopters from the 1st Aviation Brigade of the Hellenic Ground Force in Stefanovikio, as well as Hellenic Air Force F-16, Mirage 2000, F-4 Phantom and Rafale fighters.

THE France participates in the “Argo 2022” exercise with the amphibious operations ship FS “Tonnerre” of the French Navy which carried tanks, crawlers, helicopters, marines and a commando team.

Referring to the exercise, the commander of the Faculty Lt.-Gen George Tsitsikostas he emphasized that “it was prepared, planned and executed and included many points of cooperation. Armed Forces personnel had the opportunity to get to know each other, to cooperate at a tactical level and to execute items with an exchange of techniques and views.”

Regarding the situation in the Eastern Mediterranean region, the DEP commander emphasized that Greece “does not need to send a message or confirm our readiness. We are always ready.”

For his part, the French deputy commander of the Mediterranean Naval Forces rear admiral Rue De Luz he referred to the “strategic relationship between Greece and France” while adding: “We saw something solid today, in the first amphibious exercise of Greek and French forces”. “We saw,” he continued, “a very high sample of interoperability, which was what the exercise was all about.”

Five complaints of domestic violence in Patras only yesterday