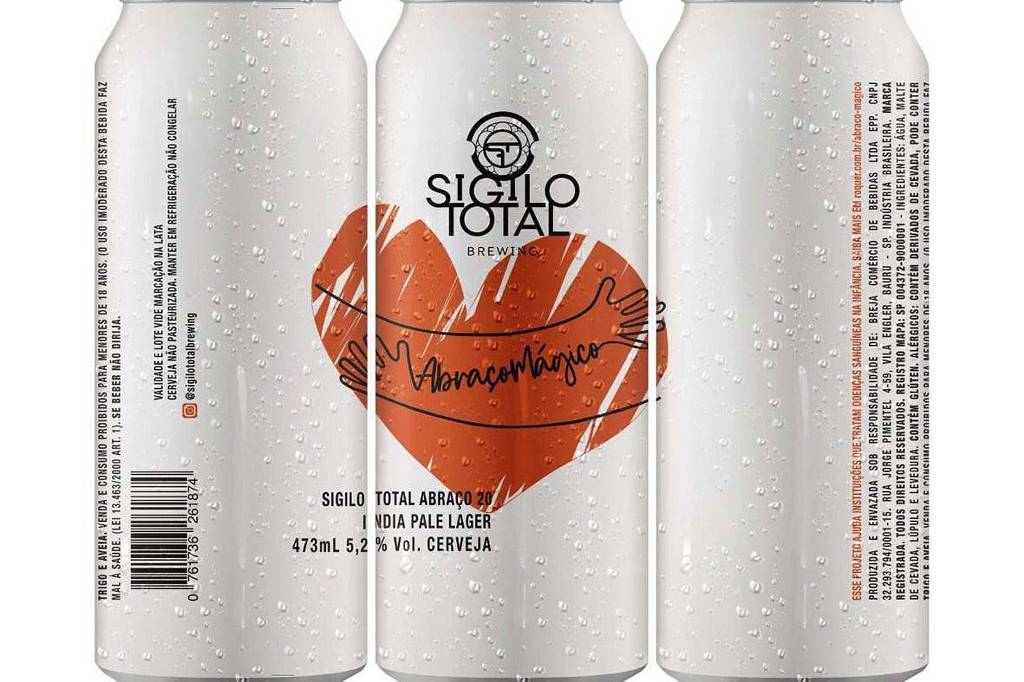 The beers of the year’s brewing project, Abraço Mágico, which aims to raise money and help raise public awareness of blood diseases that affect children, began to be ready.

There are labels like Abraço Amigo 6, a Juicy IPA from Dádiva, with 6.5% alcohol; or 16, a great blond ale with coffee from the Tank Brewpub; or 20, an Indian pale lager from Sigilo Total.

Or number 1, the mother of all, a hazy IPA with 7.7% alcohol from Roquer Brewing, from São Roque (SP), a recipe by master brewer Gustavo Jorge, who created the project and who also has a background in advertising. .

A personal drama by Jorge boosted the story, when his 5-year-old daughter was diagnosed in April with Idiopathic Thrombocytopenic Purpura, or ITP — a rare blood disorder that can also affect adults. Laís, or Lala, had purple spots on her body and underwent tests that detected that she had 3,000 platelets in her blood, a number well below the minimum threshold of 150,000 platelets. After going back and forth to the hospital, the girl died, just a few weeks after her diagnosis.

Unlike other brewing projects like Black Is Beautiful or Resist, the style here is free. The cans should just follow the same graphic pattern, with the project logo, which are distinguished by the color of the heart that illustrates the can and the beer number, almost all from São Paulo.

The breweries that joined the project, almost all of them in São Paulo, allocate part of the income obtained from the label to institutions that support research and treatment of PTI — each participant defines the percentage that will be offered. Vest Beer, an online brand specializing in clothing and accessories associated with the brewing universe, launched a t-shirt with the campaign logo, for R$84.90, with 100% of the amount allocated to the project.

Jorge also wants to develop other actions in the wake of beer launches, such as campaigns focused on donating blood and platelets, essential in treatments.

The name of the initiative was born from the memory of a special moment that Jorge had with Lala. “Magic Hug was what I used to do for my daughter, from the very first steps. When she got hurt I would give her a hug and make her squeeze me really tight for ‘magic’ to happen and pass her pain to me, it always worked.”

On the Roquer website (roquer.com.br) and on the Instagram profile @roquerbrewing there is a link with more information about the Abraço Mágico project and the list of participating breweries.