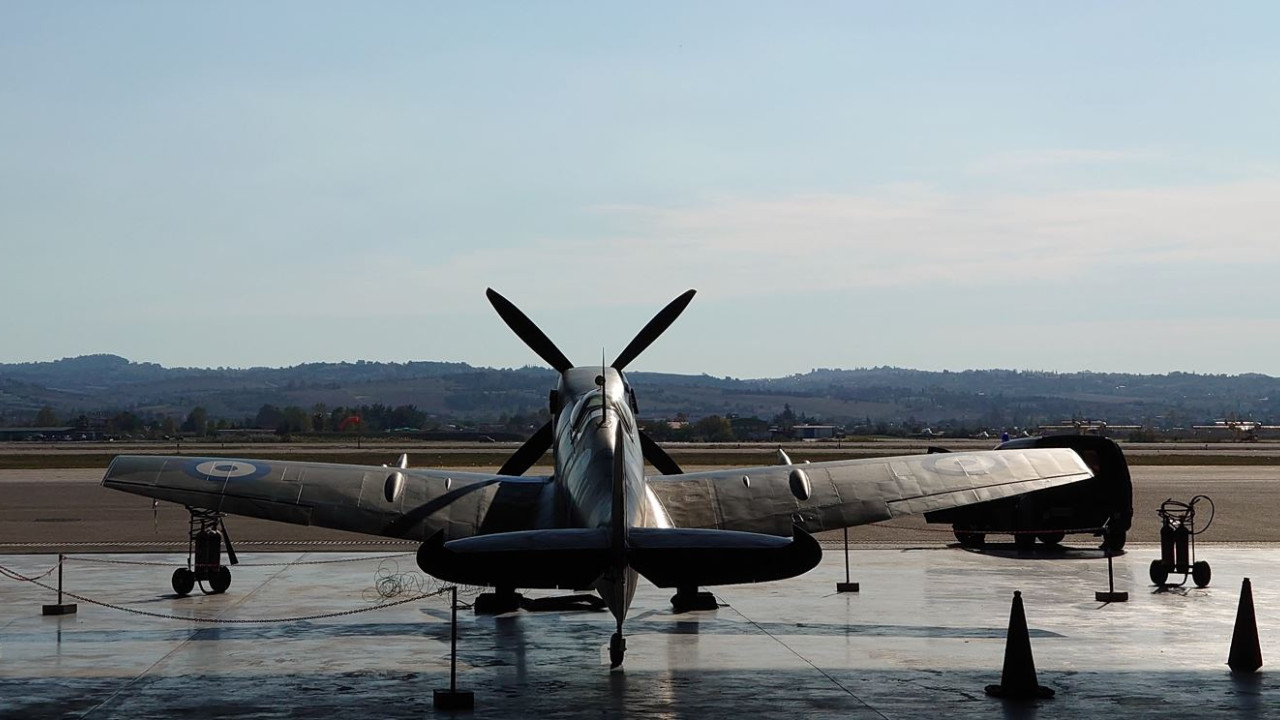 From November 2021 and after their solo flights leading to the necessary certification, the sound of the 1,700 hp Rolls-Royce V12 engine that powers the Spitfire MJ 755 of the Air Force, are now listening to the two experienced Greek pilots in the cockpit. They are the pilots who took over from British pilot Dan Griffith and already have their first public demonstrations.

“It’s the most beautiful thing I could do within the Air Force. The feelings when flying the Spitfire MJ 755 are unique, unique, indescribable. It’s the most beautiful thing I’ve ever flown. Only when you see it and hear it… This plane is a myth. For us who throw it, it is both an honor and a pride, but also a huge responsibility”, answered the commentator (I) Tsalis Theodorosspeaking to the radio station of APE BEE, “Agency 104.9FM”, referring to his experience so far in the cockpit of the Spitfire MJ 755. This is the historical Spitfire, which from a static exhibit at the Air Force Museum thanks to the non-profit foundation “IKAROS” , its president Mr. Peter Livanos and the financing of all expenses for its reconstruction in Biggin Hill, Great Britain, after the necessary approvals of the PA, flew again into the Greek skies.

As the Greek operator explains for the selection of the two pilots who should be able to participate in demonstrations and not only with the Spitfire MJ 755, the conditions set by the Greek Air Force were strict. These essentially concerned pilots who operate PZL aircraft, pilots with “at least 500 hours in taildrager planes, that is, planes with a bacteria – the tail dragger, a certain type of landing gear,” explained Mr. Tsalis, while at the same time the PA of the country required that the prospective pilots also have the status of an instructor, a criterion that both those selected finally met.

It is the plane that changed the history of the world

Co-pilot initially on Canadair aircraft, then from 2010 until now operator of PZL aircraft with more than 1300 flight hours, the pilot together with his colleague Nikos Zacharakis for 12 months are the ones flying the reborn after the initiative of ” IKAROS”, an aircraft with a 68-year history. “It is a Greek aircraft, it is also 95% authentic as an aircraft, one of the most original in the world, so you understand that the responsibilities that ‘weigh’ on our backs are huge”, says the Greek pilot who has reached 40 hours of flight with the legendary fighter-protagonist in the 1940 Battle of Britain.

How does it fly? “What makes this particular aircraft stand out is its uniqueness. Flexible in the air, flies very nicely. The MJ 755 is very user friendly, great in the air. Its only difficulty is in landing and taxiing. That’s where the… difficulties are. It is the plane that changed the history of the world”, explains the Greek pilot. An unforgettable moment came for the interpreter last March. “I happened to fly in this year’s March 25 parade as well. It’s a unique feeling to fly over the Acropolis in a plane that was built in 1943…” said the PA pilot who described how the mere presence of the Spitfire MJ 755 in an airport is a joy, “how much more than being in it”, as he characteristically said.

Facebook
Twitter
Pinterest
WhatsApp
Previous article
These boots are all the rage this year – See where you’ll be spending your salary!
Next article
Nikos Panagiotopoulos: The military leadership has the absolute support of all of us