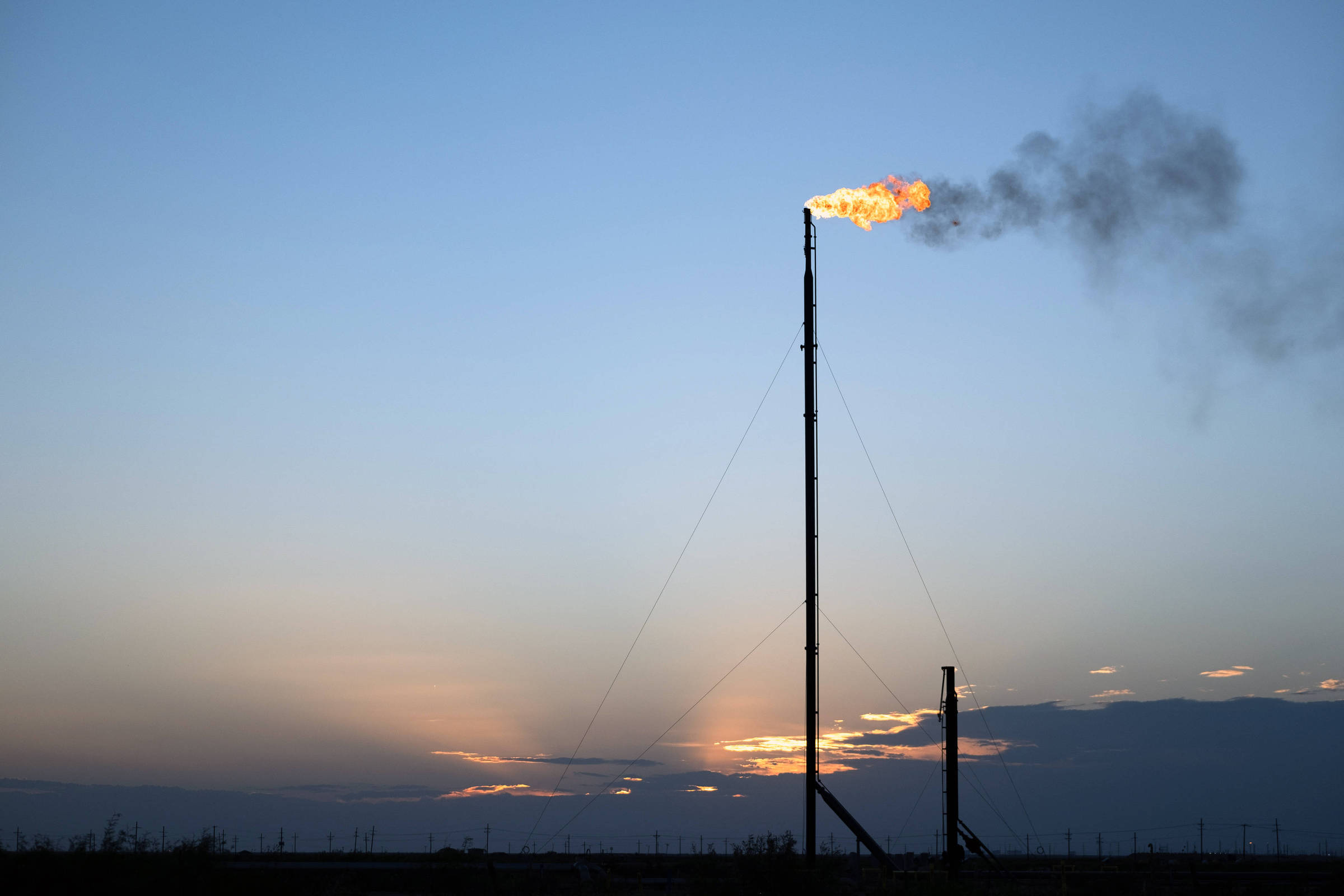 Methane may be bigger climate problem than thought, study says

The oil industry’s practice of burning unwanted methane is less effective than previously thought, scientists said last Thursday, resulting in new estimates of greenhouse gas emissions in the United States that are about five times higher than previous estimates. previous.

In a study of the three largest US oil and gas basins, researchers found that the practice, known as “flaring”, often does not completely consume methane gas, a powerful heat retainer that is often a byproduct of production. of oil. In many cases, scientists have discovered, the flames are extinguished and not relit, so all the methane escapes into the atmosphere.

Improving efficiency and ensuring that all the “flares” stay on would result in annual emissions reductions in the United States equivalent to taking nearly 3 million cars off the road a year, the scientists said.

“The ‘flares’ were kind of unnoticed,” said one of the researchers, Eric A. Kort, an atmospheric scientist at the University of Michigan. “But they really are more important to the climate than we realized.”

“So if we improve our action with these flames, we would actually have a much more positive climate impact than we initially imagined,” Kort said.

As methane is a stronger, albeit shorter-lived, greenhouse gas than carbon dioxide, efforts to identify and reduce methane emissions have intensified in recent years.

Methane is the main component of natural gas, also known as fossil gas, which can leak into the atmosphere from wells, pipelines and other infrastructure, and is also intentionally released for maintenance or other reasons.

But large amounts are burned.

Flared gas is often produced with oil in wells around the world or in other industry facilities. There may not be a pipeline or other means of commercializing it economically, and because it is flammable, it poses safety issues. In these cases, the gas is sent through a vertical tube with a burner on top.

The International Energy Agency has estimated that worldwide, in 2021, more than 140 million cubic meters of methane were burned in this way, an amount equal to the amount imported in the year by Germany, France and the Netherlands.

If combustion is efficient, almost all the methane is destroyed, converted to carbon dioxide, which has less immediate climate impact. The US Environmental Protection Agency, in studies carried out in the 1980s, calculated that the “flares” destroyed 98% of the methane sent by them.

But new research found that burning was actually much less effective, especially when extinguished flames were taken into account. Emissions from improper combustion accounted for up to 10% of all methane emissions from the oil and gas industry, the scientists said. The findings were published in the journal Science.

The researchers analyzed operations in the Permian and Eagle Ford basins in Texas and Bakken in North Dakota, which together account for about 80% of flaring in the United States.

“The idea was that if we could do a good, representative sample in these domains, we would get a good picture of the scenario in the United States,” Kort said.

They sampled gas plumes from the flames by flying through them in a small plane. They found that the “flares” destroyed about 95% of the methane, not 98%. And that in some basins up to 5% of the “flares” were off. This reduced the overall efficiency to around 91%.

Flames can be affected by wind, which can allow some of the unburned methane to escape, or by the presence of other gases. Wind, changes in gas pressure or problems with the burner can cause the flame to go out, and if there is no routine monitoring the “flares” can remain out for a long time.

Riley Duren, director of Carbon Mapper, a nonprofit group that will launch satellites next year to detect and monitor sources of greenhouse gas emissions, said the findings were not surprising to those who have studied emissions from these oil and gas basins. and know the amount of burning performed.

But the researchers’ comprehensive research shows that inefficient burning “is a more systematic issue,” said Duren, who was not involved in the study.

In other parts of the world, there is little direct observational evidence of the effectiveness of the “flares,” Duren said. But globally, he said, “combustion is likely to be less efficient than assumed.”

Facebook
Twitter
Pinterest
WhatsApp
Previous article
Von der Leyen: Europe will have enough natural gas in the winter – Weaning off Russian gas is a matter of political will
Next article
Stamatis Kokotas: The lord of the track with the sideburns is no longer with us…