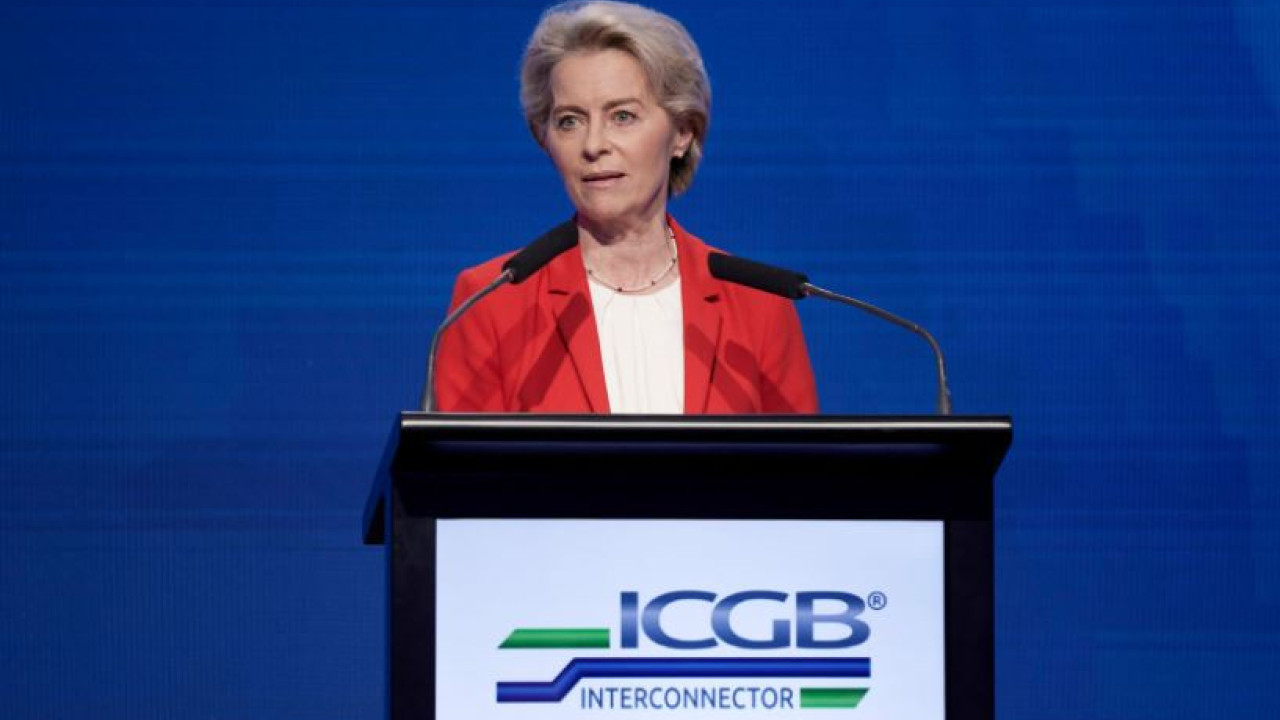 Von der Leyen: Europe will have enough natural gas in the winter – Weaning off Russian gas is a matter of political will

“The energy crisis is serious but we can manage it. And it requires a common response from Europe” noted the head of the Commission

“Today marks the beginning of a new era for Bulgaria and for South-Eastern Europe,” said European Commission President Ursula von der Leyen, speaking at the opening ceremony of the commercial use of the Greece-Bulgaria Interconnector Gas Pipeline (IGB) in Sofia.

The president of the European Commission reminded that the natural gas interconnection project between Bulgaria and Greece has been on the table for over ten years. “It started in 2009, at a time, in fact, when Bulgaria was seriously affected by Gazprom’s decision to stop the flow of natural gas through Ukraine.

“The European Union supported the project from the very first day, both politically and financially”, noted the president of the Commission, recalling that the financial support amounted to 250 million euros.

Underscoring the importance of the project for Bulgaria, Ursula von der Leyen recalled that the Balkan country used to get 80% of its natural gas from Russia before Putin decided to start, as he pointed out, the war in Ukraine and an energy war against of Europe.

“This pipeline is a game-changer for Bulgaria and for Europe’s energy security” and this means freedom from dependence on Russian gas, he added and in support of this, he pointed out that this interconnecting pipeline could cover the entire consumption of natural gas gas of Bulgaria, which he described as “great news in very difficult times”.

“Both here in Bulgaria and throughout Europe people are feeling the consequences of Russia’s war. But thanks to projects like this, Europe will have enough natural gas for the winter,” said the president of the European Commission.

“We worked very hard last month. The first step was to diversify away from Russian natural gas with other reliable supplies,” noted Ursula von der Leyen, thanking in this context the president of Azerbaijan Ilham Aliyev, who was present at the event, and others who helped towards this direction.

He also mentioned two more important steps which were energy conservation to boost reserves and “huge investments” in renewable energy sources, stressing that we should continue to invest in wind and solar energy and other renewable energy sectors.

“Europe has everything it needs to free itself from its dependence on Russia. It’s a matter of political will,” emphasized Ursula von der Leyen, pointing out that “we are once again at a critical juncture. The energy crisis is serious but we can manage it. And it requires Europe to come up with a common response that allows for lower energy costs for families and businesses.”

As the president of the Commission said “this is the goal and we must achieve it” and noted that “important steps” have already been taken in this direction, recalling the political agreement reached yesterday by the European Union’s energy ministers regarding the measures to mitigate high electricity prices.

He noted that even more needs to be done and in this context he underlined the need to protect the foundations of our economies and especially our single market. “Without a common European solution, we are in serious danger of fragmentation. It is of the utmost importance to maintain a level playing field and avoid distortions of the single market”, emphasized the President of the Commission, pointing out that we must do more to limit the soaring energy prices that weaken our economy.