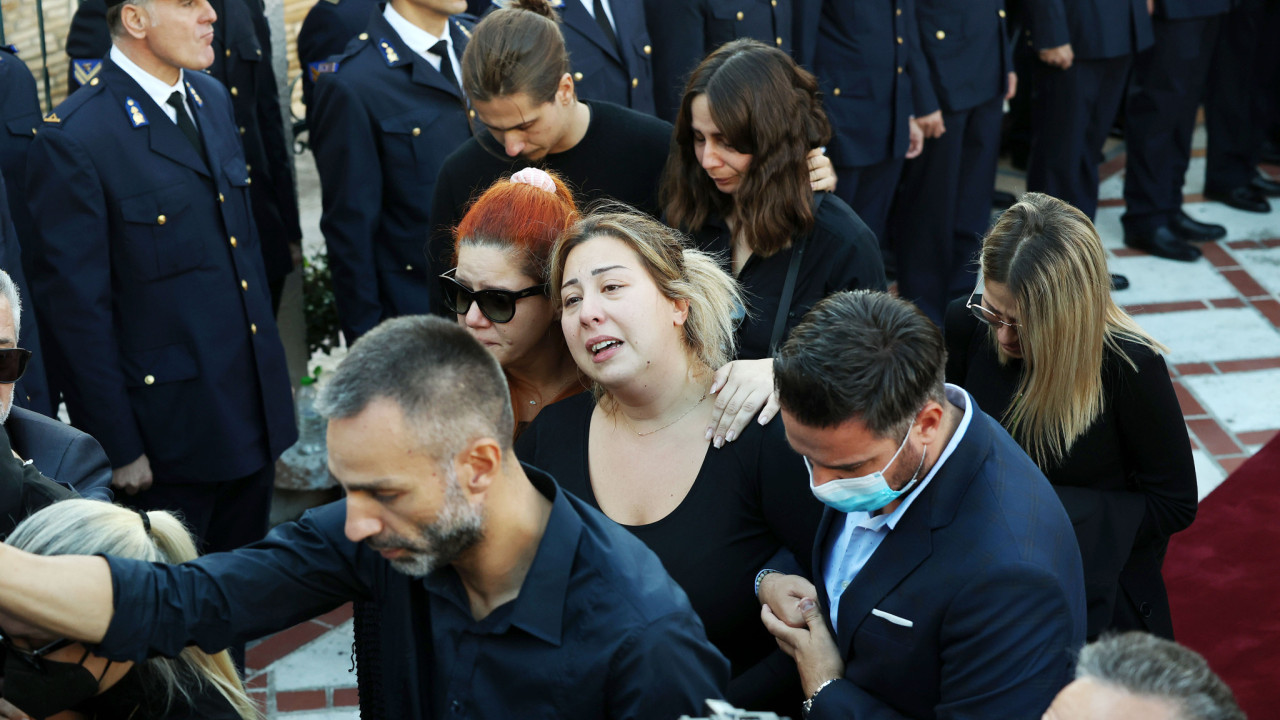 “My dear, you were flying high, my boy”- The funeral of Alexandros Nikolaidis in an atmosphere of pain- Watch video

Tragic figures his parents and his wife, who said goodbye to their son and father of two minor children.

Hearts were broken at the last farewell to our Olympic medalist Alexandros Nikolaidis.

Thousands of citizens worshiped the body of the great athlete which was wrapped in the Greek flag in the Holy Cathedral of the Holy Forerunner of Neapolis.

Tragic figures his parents and his wife, who said goodbye to their son and father of two minor children.

Alexandros Nikolaidis, the man who glorified Greece, the giant with the smile of a small child, plunged the whole country into mourning. At the Holy Church of the Holy Forerunner of Neapolis in Thessaloniki, friends, relatives, fellow athletes and a crowd of people bid farewell to the Olympic champion in an atmosphere of sorrow.

His sister and his parents are tragic figures.

His wife, holding a red flower, had her hand resting on the coffin.

Even those who try to look cool, buckle when they see the corpse in blue and white.

“You are talking to a man who together with his wife saw his last breaths. he was a very strong child. I can’t say, I’m too short to say so many things about a tall man” says his uncle, Yiannis Soumelidis, with tears in his eyes.

A crowd of people had gathered early for the last cheer.

The two silver Olympic medals were placed on the coffin of the Olympian.

The leader of the Official Opposition, Alexis Tsipras, also attended the exit procession.

The two-time Olympic silver medalist and deputy spokesperson of SYRIZA died at the age of 42 after a battle with cancer.