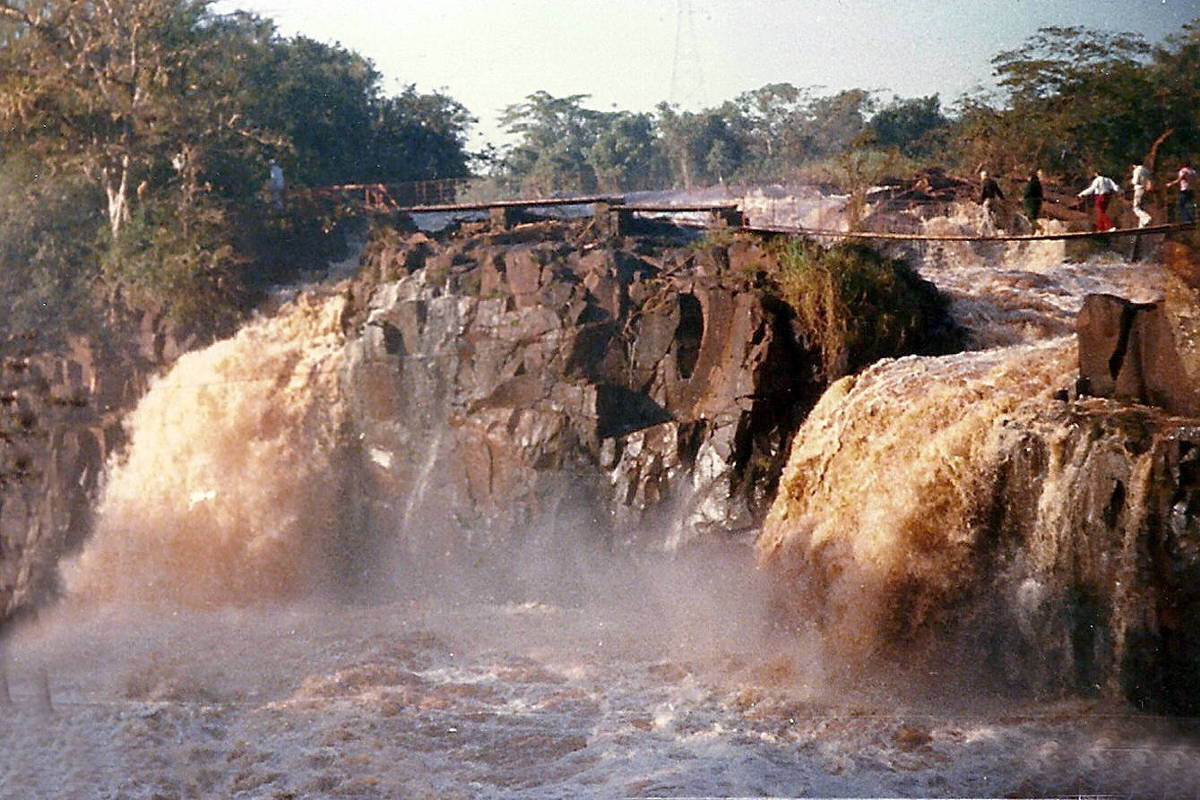 40 years ago, Quarup festival marked the end of the Seven Falls for Itaipu’s work

In October 1982, 40 years ago, Brazil saw the end of the Salto das Sete Quedas, in Paraná, formed by 19 waterfalls, divided into seven parts. The flood was authorized by the military government for the construction of the Itaipu hydroelectric plant and left the waterfalls with the highest flow in volume of water in the world submerged until then.

Its end was marked by a festival called Quarup, called by some ecological Woodstock, but of smaller proportions than the legendary music meeting held in 1969 in the USA.

In the city of Guaíra, in the western region of Paraná, 640 kilometers from Curitiba, Quarup gathered around 5,000 people, including environmentalists, intellectuals, artists, foreign tourists, as well as local residents who would lose their lands with the flooding of the Sete Quedas. .

José Roberto Galdino, coordinator of the history course at UEPG (State University of Ponta Grossa), says that Quarup: Sete Quedas Viverá —the full name of the event— functioned as a camp for ecologists and an art and science festival.

The name was inspired by an indigenous ritual to honor the dead, and the organization, he recalls, was from national environmental movements. The meeting lasted three days, between July 23 and 25, 1982.

“I found out about the festival as I participated, at the time, in social movements and in the Amazon defense committee”, says Galdino. “It was a very rustic camp, but with tents, water, bathroom.”

Among the festival’s programming, music, dance, poetry and discussion groups. There was also the reading of a protest letter written by the participants.

Galdino also recalls that, from a march “prohibited by the military of Guaíra”, there was a silent march through some falls of the Sete Quedas that had not yet been flooded.

It was like a “collective goodbye chant”, he defines, as there was no expectation that the flooding would stop.

“It was more a declaration of dissatisfaction and protest for the neglect with nature, with the destruction of one of the wonders of the country and the world”, says the historian. “There was nothing else to do but protest.”

Galdino, 29 years old at the time, lived in Curitiba, where he left by bus with his friends.

For him, Quarup fulfilled the role of placing environmental preservation in national discussions, in addition to “questioning the construction of pharaonic works in the civil-military dictatorship, such as the Rio-Niterói Bridge, the Transamazon Highway and the Angra Nuclear Power Plant”.

The 19 waterfalls were part of the Sete Quedas National Park, officially created in 1961 by President João Goulart. The conservation unit was 144 thousand hectares.

The main channel of the Seven Falls was four kilometers long and its depth reached 170 meters.

The park was extinguished in 1981, by President João Figueiredo, after the government granted Eletrosul the concession to explore the water use of the Paraná River.

Even after it was extinct, even before the flood, the park continued to be visited by tourists. The lack of maintenance of the site, however, and the increase in the number of people who wanted to see the waterfalls for the last time before the flooding contributed to a serious accident.

In January 1982, the structure of one of the precarious wooden and steel bridges — which led from one fall to the other — could not withstand the weight of tourists and came loose. With it 38 people fell — 32 of them died.

Facebook
Twitter
Pinterest
WhatsApp
Previous article
Three men, guilty of plotting to kidnap Michigan governor
Next article
Lula says the time has come to tax large fortunes, but he doesn’t see a majority in Congress for it