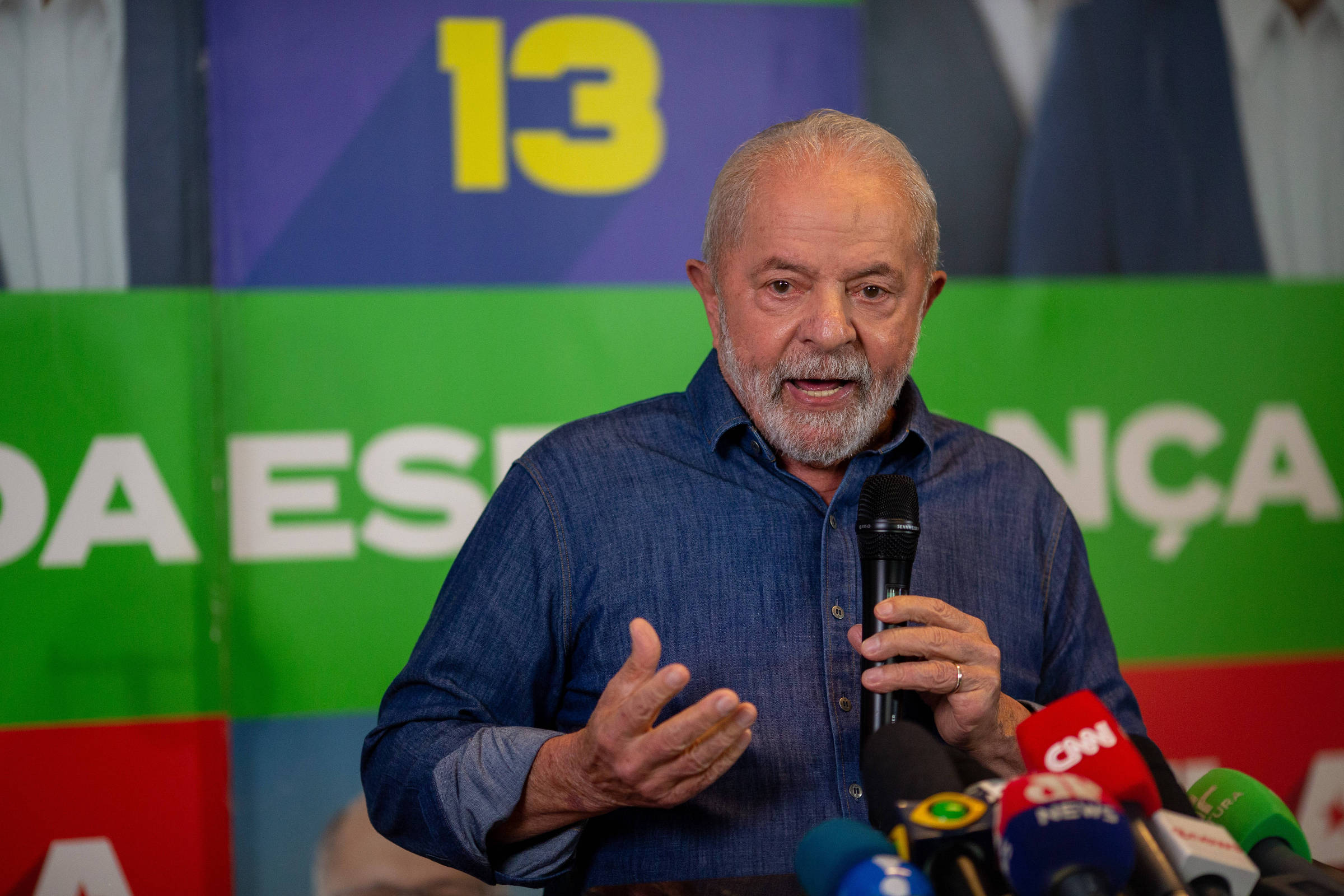 Lula says the time has come to tax large fortunes, but he doesn’t see a majority in Congress for it

Former president Luiz Inácio Lula da Silva (PT) said this Wednesday (26) that the time has come to tax the great fortunes and the banks, but acknowledged that there is no majority in the National Congress to advance these proposals, because, in In his view, the Legislature is made up of a majority of wealthy people who do not want to have their resources taxed.

In an interview with Manaus radio station, Lula once again defended a more progressive tax policy, in which those who earn more pay more and those who earn less pay less, and he was asked if it is time to levy taxes on large fortunes and banks.

“I think it’s time, it’s always time,” replied the PT member, who leads the polls for the second round of the presidential election next Sunday (30).

Lula also once again defended taxation on profits and dividends, currently exempt from tax, and repeated his promise to exempt people who earn up to R$5,000 a month from income tax.

“We need to make people understand that paying Income Tax correctly is doing justice in this country. Whoever earns more must have the responsibility to pay more. And whoever earns less must have the right to pay less. It’s that easy. We need to convince society,” he said.

In the interview with the Manaus broadcaster, Lula also committed to maintaining the Manaus Free Zone and said that the states that most preserve the Amazon rainforest need to receive compensation.

He also defended the demarcation of indigenous lands and said that they do not hinder production in Brazil — a criticism frequently made by Bolsonaro.

Facebook
Twitter
Pinterest
WhatsApp
Previous article
40 years ago, Quarup festival marked the end of the Seven Falls for Itaipu’s work
Next article
Ukraine: The Russians took the remains of Prince Potemkin from a temple in Kherson