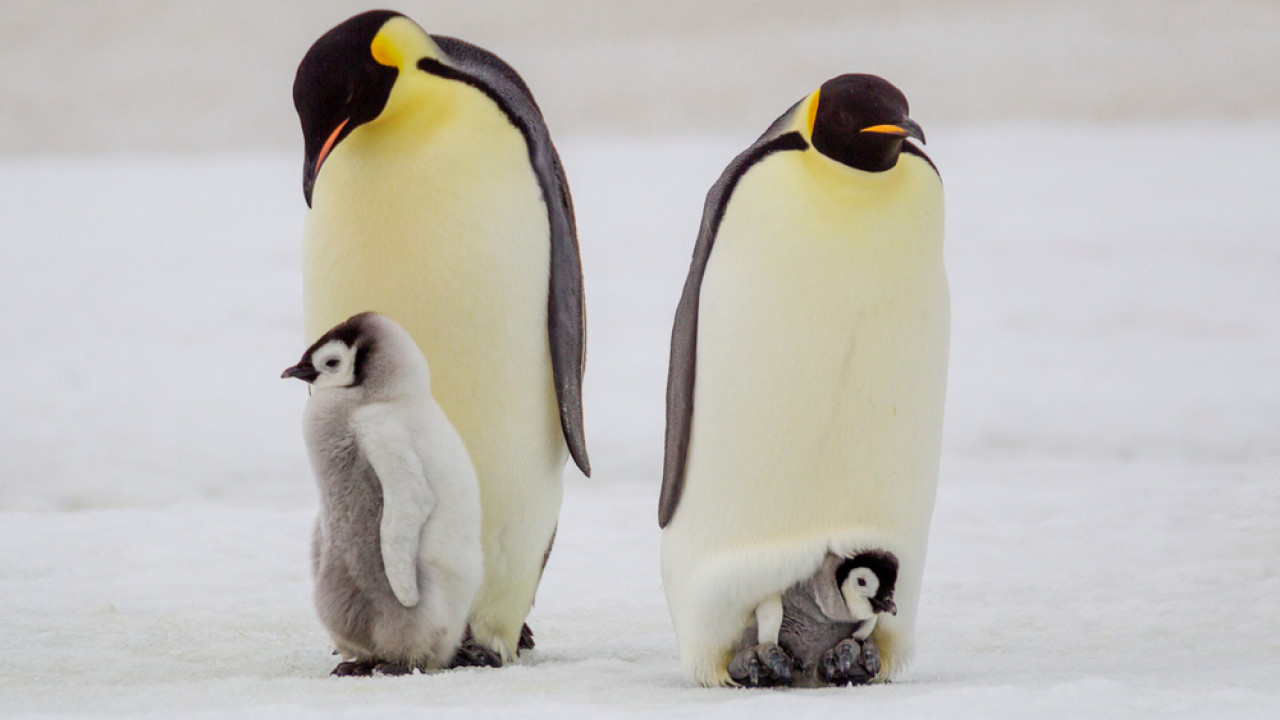 When sea ice melts or breaks up earlier than expected in the season due to global warming, entire penguin colonies can decline or disappear

Emperor penguins of Antarctica increasingly threatened by the climate crisis. With global warming melting the sea ice on which penguins depend for their survival, the US Fish and Wildlife Service (ESA) now lists the species as endangered.

Emperor penguins rely on sea ice to form their breeding colonies, avoid predators in the ocean and forage. But as Earth’s temperature rises in relation to greenhouse gas and carbon dioxide emissions, sea ice is at risk of disappearing.

When sea ice melts or breaks up earlier than expected in the season due to global warming, entire penguin colonies can decline or disappear.

“This change we’ve made, to now list them as an endangered species, reflects the growing extinction crisis and underscores the importance of the ESA and conservation efforts before population declines become irreversible,” she told CNN. Martha Williamsdirector of the US Fish and Wildlife Service.

According to the Woods Hole Oceanographic Institution in Massachusetts, parts of the Antarctic sea ice have melted more than 60% in 30 years. And if emperor penguins are suffering and declining, it is likely that other species in the ecosystem are also at risk due to the climate crisis. Emperor penguins forage for fish and squid in the sea, but they also serve as prey for killer whales.

“Climate change is having profound effects on species around the world, and addressing it is a priority for the Biden administration. The listing of the emperor penguin serves as both a wake-up call and a call to action,” said Williams.

There are about 61 emperor penguin breeding colonies along the Antarctic coastline, which in total consist of 270,000 to 280,000 breeding pairs (or 625,000 to 650,000 individual penguins, including juveniles), according to the US Fish and Wildlife Service. Their population is currently stable, but research has shown that the emperor penguin population will decline by 26% to 47% by 2050.

Emperor penguins are the tallest and heaviest of the 18 penguin species. They can weigh up to 40 kg. A female lays one egg per breeding season and then hands it over to her male partner for incubation while she forages for about two months.

Once the female returns, she shares parenting duties with her mate until their “little one” leaves the colony, approximately 150 days after birth. The chick is then able to fend for itself and venture out into open water to forage.

Listing the species as threatened now could help save emperor penguins from becoming endangered or extinct in the future.

The Endangered Species Act is the strongest environmental law in the world, focused on preventing extinction and facilitating the recovery of threatened species, according to the Woods Hole Oceanographic Institution.

The polar bear was the first species to be listed as threatened by climate change, in 2008. Since then, many of the world’s polar bear populations have stabilized, but they remain vulnerable as the climate crisis continues.

Emperor penguins are an ideal species for studying a fluctuating ecosystem because their population numbers and behavior can tell researchers if something is amiss.

By observing and studying the behavior of penguins, researchers can observe how the animals are adapting as their environment changes due to the climate crisis. Microchipping the penguins allows the team to determine where the penguins go when they dive from the sea ice into the ocean and understand their foraging patterns. This knowledge can help determine the size of marine protected areas.

If greenhouse gas emissions continue to rise at current rates, leading to rising temperatures and melting Antarctic sea ice, 98% of the emperor penguin population could be nearly extinct by 2100, according to a study published last year in the journal Global Change Biology.

Facebook
Twitter
Pinterest
WhatsApp
Previous article
Nouriel Roubini: the 10 ‘mega-threats’ that surround humanity, according to one of the economists who predicted the 2008 crisis
Next article
The oldest Guantanamo detainee has been released