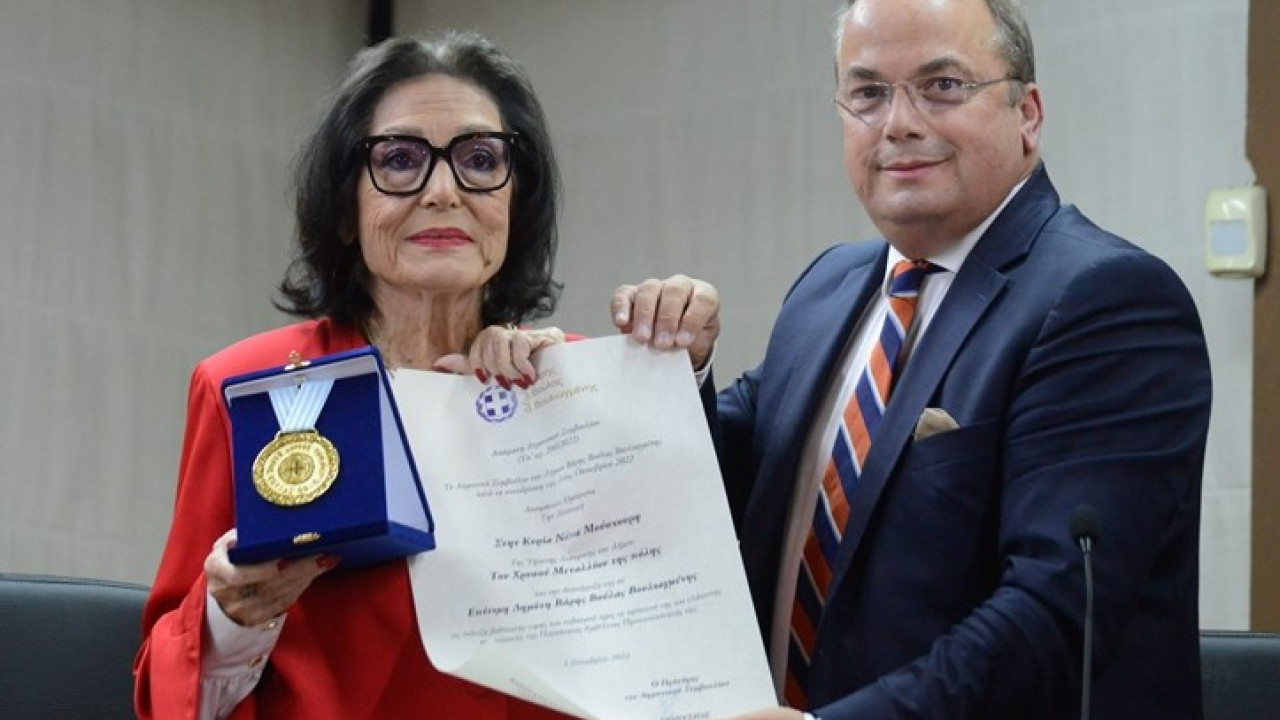 Nana Mouschouri, Honorary Citizen of the Municipality of Vari – Voula – Vouliagmeni – Many famous people at the ceremony (photos)

Present at the event in her honor were the composers Mimis Plessas, Giorgos Hatzinassios and Giorgos Katsaros, Giorgos Dalaras, Nikos Aliagas as well as other artists and politicians.

Last night, the great Greek artist with an international career and recognition, Nana Mouschouri, was declared an honorary citizen of the municipality of Vari-Voulas-Vouliagmenis.

At the event in her honor held at the town hall, she was awarded the city’s Gold Medal by the Municipal Council, following its unanimous decision.

Mrs. Mouschouri thanked the municipality and all those present for the love and recognition they offered her. She talked about her childhood, when she used to visit Vouliagmeni with her mother and the beautiful memories she had of the city.

She referred to her first steps in music and the collaborations with the composers Mimi Plessa, Giorgos Chatzinasios and Giorgos Katsaros, who attended the event.

The event continued in the packed hall of the “Ionia” Cultural Center, where the audience watched a short video with the most important moments of Nana Mouschouri’s life and closed with the children’s choir of the 3rd Primary School of Voula, which sang some of her best-known songs great artist.