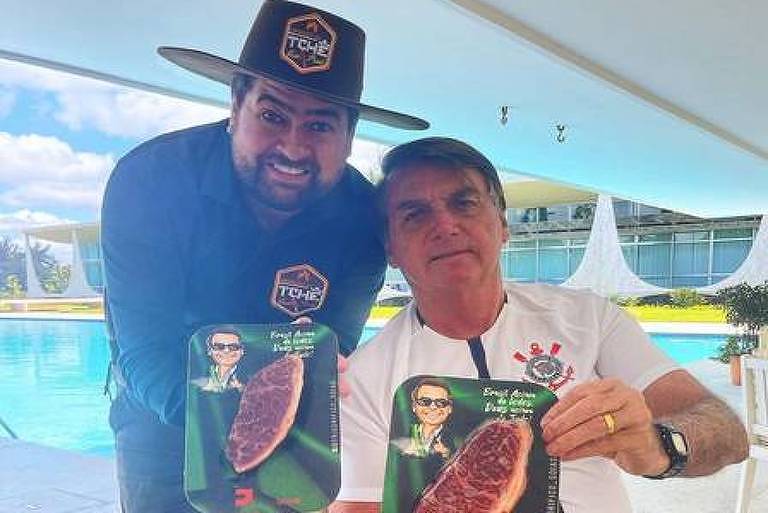 Opinion – Cozinha Bruta: Who pays for the barbecue of the coup protests?

Mortadella: do you remember them? “Mortadela” was the nickname that the right gave to protesters against the impeachment of President Dilma Rousseff.

It hasn’t been that long, but it’s worth refreshing your memory. The red bologna, in the narrative created by the coxinhas, did not express their own revolt. They were bribed by the union centrals with cold sausage sandwiches of the fifth category, plus a pet bottle of warm tubaína.

The others, self-styled patriots, ate their mamma’s pasta (pure-blooded European descent) for lunch before dyeing the Paulista street green and yellow on Sunday afternoons (because whoever got in the way of the entrepreneur’s life during the week was a lefty bum).

The world doesn’t go round, it flips. Let’s look at the “patriotic” protests of the week following Lula’s election to the presidency.

In Porto Velho, influencer Rato Andrade Jr. wrapped the national flag around his shoulders and infiltrated a coup demonstration. He drank soda and juice –which was hot, but they soon provided ice–, ate snacks and rice.

In Goiânia, on All Souls’ Day, barbecue was distributed to widows of the dictatorship who were braying in front of a barracks. The meat was donated by Frigorífico Goiás, with a remarkable record.

The meatpacker, which already had the singer Gusttavo Lima among the partners, is the same as the R$1,799 steak offered to Bolsonaro. It’s the same that, on the day of the first round, sold for R$ 22 the picanha “mito” – and was fined for offering meat unfit for consumption.

The guy who roasted the meat in the coup convecote from Goiás is a guy called Tchê – on the fridge’s Instagram, he introduces himself as “President Bolsonaro’s barbecue”.

In Rondonopolis (MT), videos published on twitter show a barbecue with a structure similar to the traveling events that charge more than R$ 500 for the ticket. Several food stations, Texan barbecue equipment and an army of professionals at the service of the patriot.

The barbecue spree was repeated on the roads blocked by the conspirators. Many demonstrations had electricity generators, chemical toilets and tents to shelter from the sun and rain.

Someone paid for all this apparatus – and the patron of troublemakers is not always as exhibitionist as the owners of the meatpacking plant that supplies Bolsonaro’s barbecues.

Millions of reais were injected into the criminal insurrection to smear the inauguration of a popularly elected president. The conspiracy’s financiers all need to be identified and punished.

As for the mortadella of the CUT, one of the last moralistic speeches of the reactionaries falls to the ground. Nobody really believed that a filthy sandwich would get someone out of the house to protest in the rain.

It was just class prejudice.

Bolsonarista is disgusted with the poor. He tolerates the poor who serve him, roasting a certified angus beefsteak for those who ask for the return of the military dictatorship.

Facebook
Twitter
Pinterest
WhatsApp
Previous article
Theodorikakos: Mitsotakis is a unique guarantee for the Republic
Next article
The Municipal Police again in the spotlight: Reorganization and new responsibilities

Mitsotakis-Yohanis meeting with the energy crisis at its peak