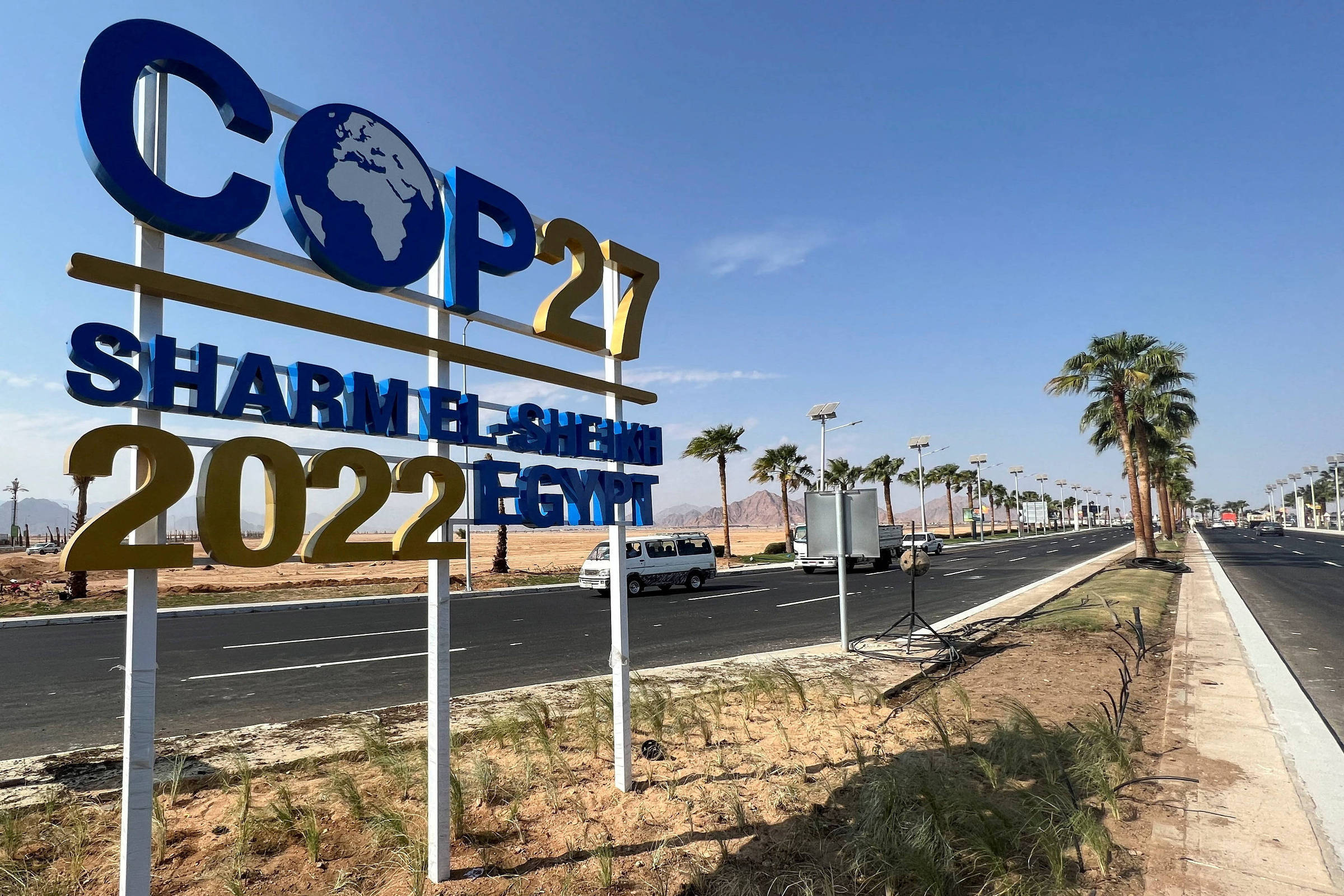 Heads of State from more than 100 countries are due to speak about their climate commitments on the 7th and 8th, opening negotiations for COP27, the UN climate conference, which runs until the 18th in Sharm el-Sheik, Egypt.

Among those registered to speak at the leaders’ summit are protagonists of the climate agenda, such as French President Emmanuel Macron and German Prime Minister Olaf Scholz. Due to the elections for the US Congress, President Joe Biden should only arrive in Egypt in the second week of the COP. The leader of the Chinese dictatorship, Xi Jinping, is not expected to attend the conference.

The current president of Brazil, Jair Bolsonaro, will also not attend the COP, which will already have the presence of the president-elect, Luiz Inácio Lula da Silva, in the second week of the event. Representatives of the transition team must accompany him, as well as Marina Silva, elected federal deputy by the Network in São Paulo and quoted to return to the command of the Ministry of the Environment.

Political leadership should be more in demand in this edition of the conference than in previous ones. As the Paris Agreement rulebook, signed in 2015, was concluded at COP26, which took place in Scotland last year, the challenge posed to COP27 is the implementation of the agreement.

For that, it is not enough for countries to do their homework, fulfilling the climate goals defined by themselves in the Paris Agreement (the so-called NDCs, an acronym for nationally determined contributions).

The global sum of NDCs still puts the world on a global warming path of 2.4ºC, just below what we will achieve with current policies —2.8ºC— and still well above the 1.5ºC global warming ceiling that would avoid the most disastrous consequences, such as the disappearance of island countries.

According to the UN climate panel, global greenhouse gas emissions need to start falling within the next three years to reach 45% lower than 2010 levels by the end of the decade.

For UN Secretary-General António Guterres, the moment calls for a pact between developed countries and emerging economies. In a speech to the press last Thursday (3), he defended that the developed ones make extra effort to reduce emissions and that the richest economies provide technical and financial support for the transition and energy in emerging economies.

“COP27 must be the place to close the gaps in ambition, credibility and solidarity,” he said.

Over its 27 editions, the Conference of the Parties (COP) to the UN Climate Convention moved from dealing with a future threat —predicted by scientists and negotiated by diplomats— to dealing with a present global emergency, triggered by the increase in weather disasters.

A recent example happened in June in Pakistan, where floods killed more than 1,700 people and caused a food crisis.

Predicted by the UN climate panel about 30 years ago, extreme weather events are already being perceived around the world and put on the agenda a negotiation on compensation for losses and damages suffered as a result of this crisis.

The topic is avoided by rich nations, who are afraid to commit to an invoice whose value can be exorbitant — and charged by countries that are most vulnerable to the climate, such as small islands, which have been losing territory due to rising sea levels.

The expectation of the negotiators is that the Egyptian presidency of COP27 will prioritize the themes of adaptation and loss and damage, dear to the African continent.

At the COP preparatory meeting, which took place in June in Bonn, Germany, the most vulnerable countries complained that the negotiations left out the adaptation agenda (which negotiates funding for actions to prepare for climate change and prevent damage) and compensation. for damages (which deals with the damage done, in cases where there has already been no climate adaptation). The topics were addressed in workshops and informal dialogues, which do not base decisions.

In the assessment of observers of the negotiations, the ability of countries to face the two issues will test the chance of success of the Paris Agreement. This is because, historically, the priority in international climate negotiations is focused on the climate mitigation agenda, that is, the reduction of greenhouse gas emissions, which cause global warming.

Despite the new chapter of the COPs, now finally focused on the implementation of the climate agreement, old negotiation challenges remain on the agenda. The conversation between the developing and developed country blocs still stalls due to a lack of confidence about the fulfillment of commitments made in the past.

Among the frustrations that threaten confidence among negotiators, the promise made by rich nations in 2009 to raise US$ 100 billion for climate finance by 2020 stands out. The amount should only be completed in 2023, according to UN estimates.

At COP26, the British conference presidency’s call for increased ambition for climate goals generated frustration in developing countries, as it was not accompanied by more commitments to financing climate action — a responsibility assumed by developed nations.

This mismatch ended up yielding a setback at the end of the negotiation, when China and India came out in defense of the continued use of coal.

This year, the context of the War in Ukraine and the consequences on the price of food and energy also increases the challenge for countries to commit to short-term goals, while the European Union starts investing in fossil sources to seek independence. of Russian gas supply.

In addition to the crisis context, the G20, a group that brings together countries responsible for 75% of emissions, increased investments in fossil sources from 2020 to 2021. They went from US$ 147 billion to US$ 190 billion in the sum of the bloc, according to a survey of the OECD (Organization for Economic Co-operation and Development).

Facebook
Twitter
Pinterest
WhatsApp
Previous article
Iran admitted to supplying drones to Russia, but before the war in Ukraine
Next article
Adonis Georgiadis: We will make sure to increase the labeling in the household basket and that there is a continuous supply of products