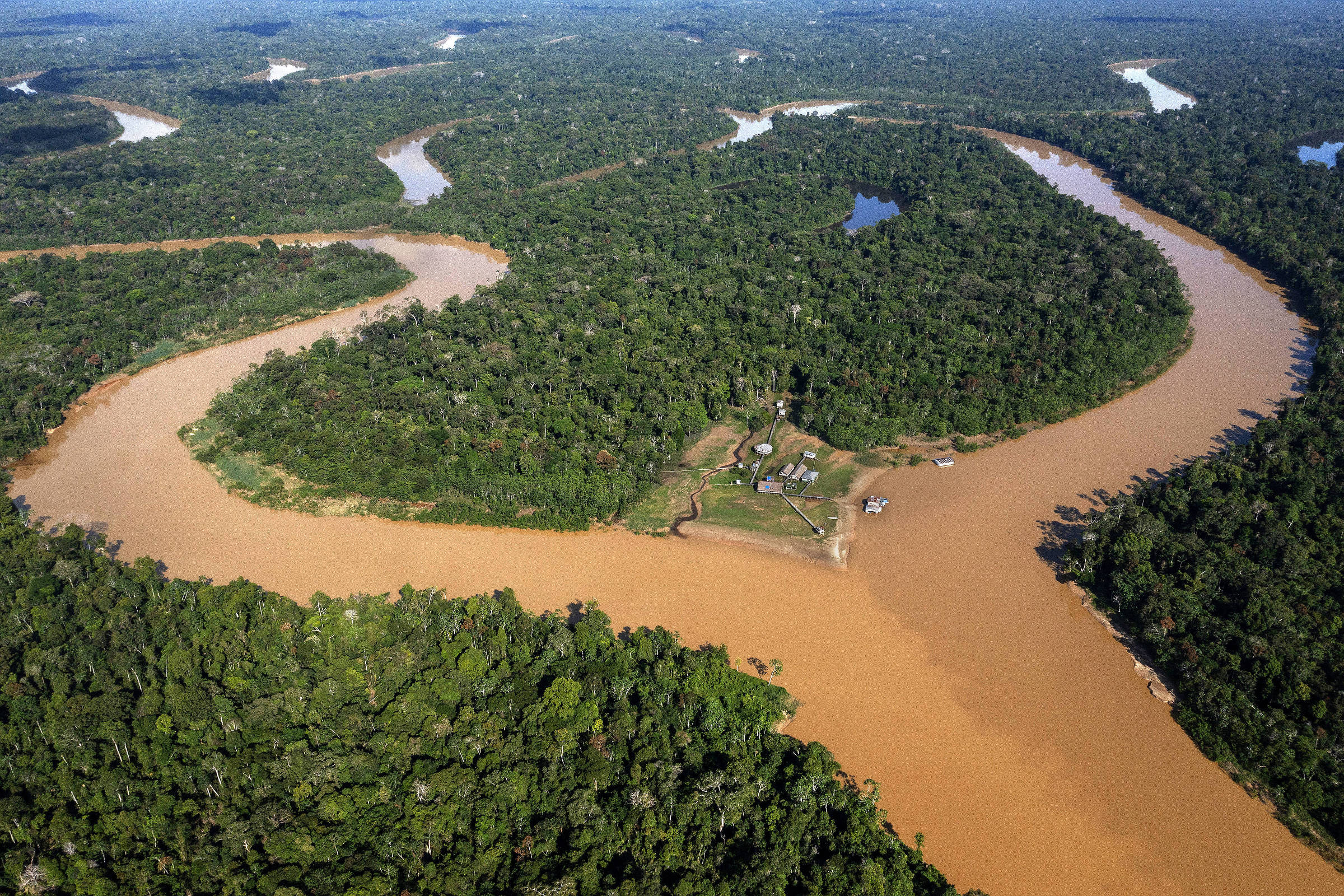 Even if fossil fuels can be replaced by renewable sources, it will be practically impossible to achieve zero carbon emissions by 2050 without protecting tropical forests, especially the Amazon, as they hold the largest stock of CO2 on the planet.

The alert was made by scientist Paulo Artaxo, a professor at the IF-USP (Institute of Physics at the University of São Paulo) and lead author of a chapter of the most recent report of the Intergovernmental Panel on IPCC (Climate Change), in a lecture presented on the October 27, during the annual conference of the RCGI (Research Center for Innovation in Greenhouse Gases).

RCGI is an engineering research center formed by Fapesp and Shell at USP (University of São Paulo).

Artaxo is one of the most influential researchers in the world in the area of ​​environment and climate change and is on his way to Egypt, where he will participate in COP27 (27th United Nations Conference on Climate Change), which began this Sunday (6th).

According to him, several studies, from different laboratories around the world, with different scientific strategies, point out that the climate change underway is already close to a point of no return and that deforestation and the degeneration of forests are some of its main drivers. “Ten or 15 years from now, the changes that take place will determine what the climate will be like in the next few centuries,” he said. And the conclusions of the most recent scientific studies, presented by him, are not good.

The climate issue, according to Artaxo, is complex and its factors are extremely connected with each other. “Two months ago, a study was published showing that what is being done here, in the Amazon, critically affects precipitation in the Himalayas, which provides water for 1.6 billion people. Therefore, this shows that the atmosphere is a unique entity. and everything is connected,” he said.

In the Amazon, the tipping point is the forest’s ability to sustain itself. The transition process, driven by deforestation and climate change, has already altered several aspects of its ecosystem. One of them is photosynthesis, a process carried out by plants to produce energy, in which the capture of CO2 is essential. “Under the stress of higher temperatures, the amount of carbon dioxide assimilated by forest photosynthesis is decreasing dramatically,” he said.

What is being observed in several studies, according to Artaxo, is that the net flow of carbon from the Amazon is decreasing. “When I started studying the region, 30, 35 years ago, the Amazon was absorbing 1.5 tons of carbon. Now, this flow is practically zero. It’s zero, mainly because of the death of trees, which is increasing. And Why is it increasing? Because of growing climate extremes, rising temperatures and less rainfall.”

While in Siberia, he exemplifies, the system of capture and removal of CO2 in the atmosphere is very dynamic, with differences in winter and summer, in the Amazon and in the tropical forest of Africa the CO2 reservoir is permanent. That is, once dispersed, CO2 will remain permanently in the atmosphere.

Another important change is about rainfall. “Many areas of our planet are already starting to get much drier. One of them is the central area of ​​Brazil and the eastern part of the Amazon, where there is a very significant decrease in precipitation. [sul da Espanha, Portugal e Itália] is undergoing an accelerated process of desertification, as are Central America and the central part of the United States. “This brings a critical ingredient to food production. And it’s not a prediction for the future. It’s already happening.”

He highlights that the food production system is responsible for 32% of global CO2 emissions and, in the coming decades, the estimated emissions of this sector indicate an increase of 50%. “How will the planet be able to produce food for 10 billion people and at the same time reach net-zero. Stopping eating? So basically this situation is much more than an energy system issue, we are talking about the need of a sustainable society.”

According to Artaxo, deforestation in the Amazon is around 13,500 square kilometers per year. [dados de 2021]. And that number is likely to be 27% higher in 2022. This ecosystem shift is critical. “A tipping point would be a shift from a forest ecosystem to a savanna type, with 10% of the original carbon stored,” he said. As several factors influence this trajectory, the question that remains is: “Will this transition between ecosystems be smooth, abrupt and will it be reversible? These are critical questions and we still don’t have a clear answer.”

Science, according to him, already has some notion about the issue of reversibility. Areas that were deforested in the Amazon 40, 50 years ago and that were abandoned have regenerated again, but only with 55% to 60% of the original biomass and with a third of the previous biodiversity.

Research by the Institute for Environmental Research in the Amazon (Ipam) correlates the level of precipitation, from arid to humid, with the biomass of the Amazon, the forest of Africa and Southeast Asia. “The three forests are surprisingly very different, but they have a pattern. Where there is more rain, there is more biomass.”

Another aspect is that, among the three forests, the Amazon is the one that releases the most carbon through the loss of vegetation. “We’re talking about 5.1% carbon out of a total of 120 billion tons of carbon stored.”

He recalls that carbon loss is not just related to deforested areas, as areas close to deforestation are responsible for 36% of carbon emissions in the Amazon.

Another change is in the cascade precipitation system, which is, in short, when the water vaporized from the Atlantic Ocean goes to the Amazon and from there to the rest of the country, bringing the necessary rains to the plantations. “One study shows that we would be close to the tipping point if precipitation is greater than 1,000 milliliters and if the temperature is greater than 2.5°C,” he said. “Another study, by Carlos Nobre, estimates that, if there is a temperature increase of 4 °C or if there is a deforestation of 40% of the total forest areas, all the remaining forest areas will be lost. And we are halfway to that prediction.”

For Artaxo, Brazil has a tremendous opportunity, protecting the natural stock of carbon, to reduce emissions of this greenhouse gas by 44% in five years. It is important to remember that, although historically the United States and China are major emitters of CO2, Brazil is not far away. In 2021, the country was the seventh largest emitter in global terms, the fourth in per capita emissions and the sixth in historical emissions. Despite this, in the review of last year’s emission reduction target agreements, Brazil was the only country that increased permitted emissions.

“We have a great biofuel program, which no other country has; a great potential to absorb carbon, but at the same time several vulnerabilities, with an agricultural sector that is very sensitive to the climate, a hydroelectric power generation, which depends on rain, and 8,500 kilometers of coastline vulnerable to sea level rise.”

To analyze the present and the future, it is essential to look to the past, said Artaxo. A historical series shows that over 500 million years the Earth’s climate has fluctuated a lot, to warmer or colder, with glacial and interglacial periods. “For the last 10 million years, the Earth has remained in the warm interglacial period that we are in now, and that has allowed human civilization to thrive. All life on Earth has appeared in the last 4 million years. And every time there have been extinctions of species associated with the climate, and this happened several times, it took millions of years for the ecosystem to recover. So, any damage is very difficult to recover. And that should be a lesson for us”, he highlighted.

According to him, analyzes of the last 800,000 years show that the oscillations between glacial and interglacial periods are connected with greenhouse gases and global temperature. The problem is that this cycle of oscillation is now being broken. “Over the last 60, 70 years, Earth has come out of this cycle, which has been going on for 800,000 years. So we’re bringing Earth out of this dynamic climate system and we don’t know where we’re going,” he said.

*With information from the RCGI (Research Center for Innovation in Greenhouse Gases), formed by Fapesp and Shell at USP