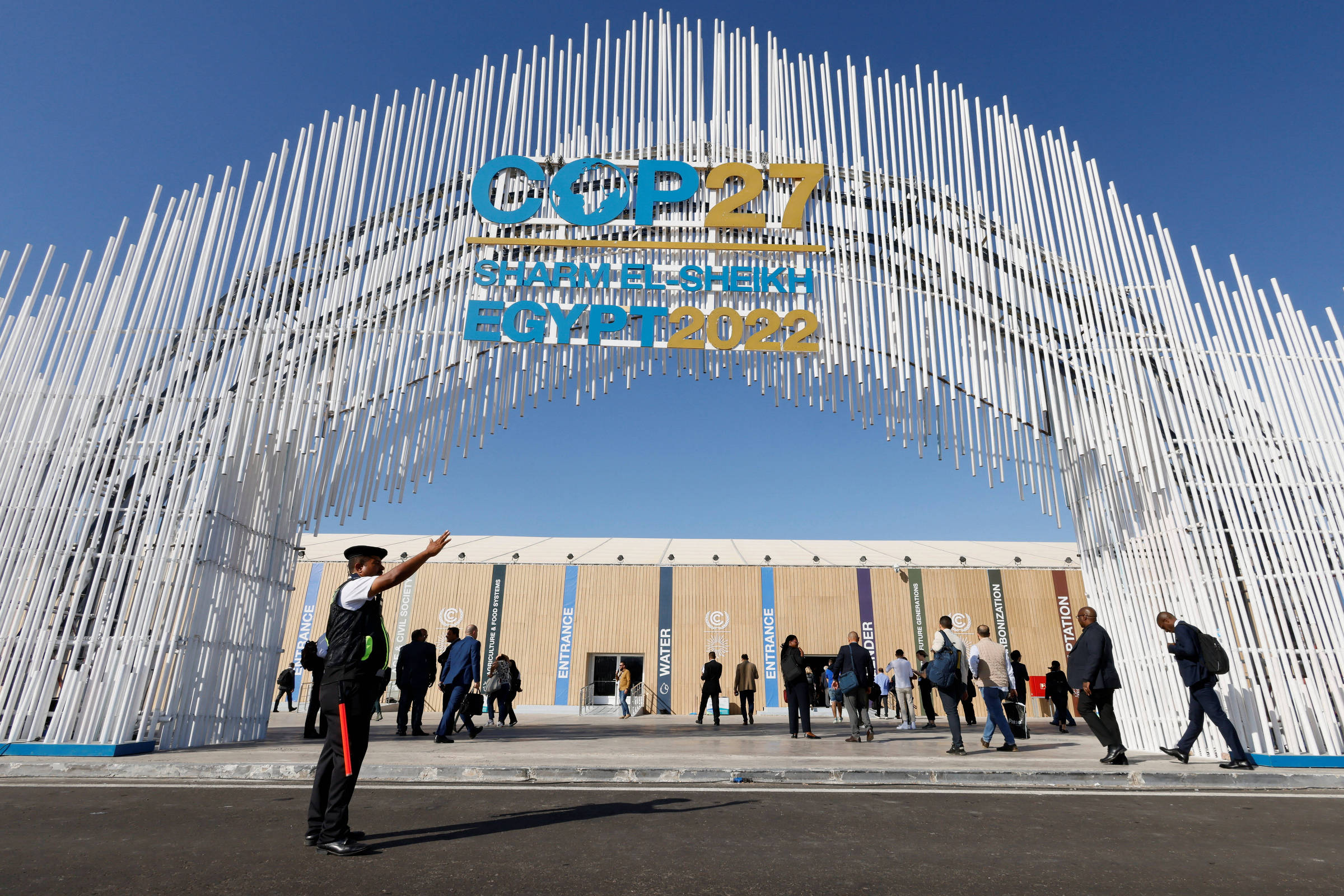 Brazil brought to Egypt the second largest delegation of COP27, the UN (United Nations) conference on climate change, which takes place in Sharm el-Sheikh until the 18th.

On the list, as happened last year at COP26, there are also people from outside government spheres, such as wives and first ladies. It is also possible to note the low presence of researchers and civil society in the delegation.

There are about 570 people accredited by Brazil to this climate conference, which represents just over 3% of all COP delegations.

The names of the participants from Brazil occupy approximately 35 pages of the document that brings together the envoys from the countries. The list, available on the official website of the UNFCCC (the UN climate change body), is still subject to change.

The Brazilian delegation is not bigger than the one from the United Arab Emirates, with around 63 pages for the more than a thousand names accredited by the country. The size of the delegation can possibly be explained by the fact that Dubai will host COP28 next year.

Egypt, the host country of the current conference, has around 154 people in its official delegation.

CEOs, JBS representatives —the company must even have a representative speaking at the Brazilian stand— and other companies, and some military police are also on the list. It is worth noting that the Brazilian stand was made with the participation of several national financial branches, such as the CNI (National Confederation of Industry), the CNA (Confederation of Agriculture and Livestock) and Sebrae.

Since the beginning of the government of Jair Bolsonaro (PL), Itamaraty has ceased to include environmental NGOs, researchers, indigenous organizations and social movements on the delegation’s list. In this year’s list, the report found an NGO: the Instituto Terra Verde Brasil, represented by the vice president of the entity.

The report also noted the presence of some researchers from Brazilian public universities, as well as a researcher from Inpe (National Institute for Space Research) — a center that was targeted by Bolsonaro, due to the constantly produced data on fires and deforestation.

At last year’s COP, Ambassador Paulino Franco told Sheet that the official delegation cannot take non-government persons with them. However, the UN does not restrict the names indicated by countries. In addition, as is clear from this year’s list, there is the presence of representatives from outside the government, linked to commercial interests – just as there was in last year’s list.

THE Sheet asked the Itamaraty about the criteria for selecting the delegation, but so far, there has been no response.

Brazil has a history of large delegations to climate conferences. The usefulness of being accredited as part of a delegation, instead of receiving other types of badges, lies in the ease of access.

But, logically, Brazil’s participation in the COP is not only due to the official accreditation of the Brazilian government. In other words, there are more Brazilians at the conference than the numbers mentioned above indicate, especially due to the work of NGOs —in the tower of Babel that is the conference, it is not uncommon to hear Brazilian Portuguese in the halls and booths.

In recent days, for example, it was possible to find members of associations representing Brazilian indigenous people and national black movements in the conference pavilion.

This year, Brazil has a record number of booths at the COP: there are three. There is the official one from the Brazilian government, with about 300 m²; the civil society one (called Brazil Climate Action Hub), with 150 m²; and that of the governors of the Amazon, with 120 m².

Due to the short distance between them in the aisles, in this short conference time, there have even been disagreements between the stands, according to the Sheet found out. A member of the Brazilian booth built by the Bolsonaro government went to the Brazil Climate Action Hub to complain about the volume of the sound.

Despite being close, the stands are not close to the wall, and it is necessary to walk a few meters to go from one to the other.