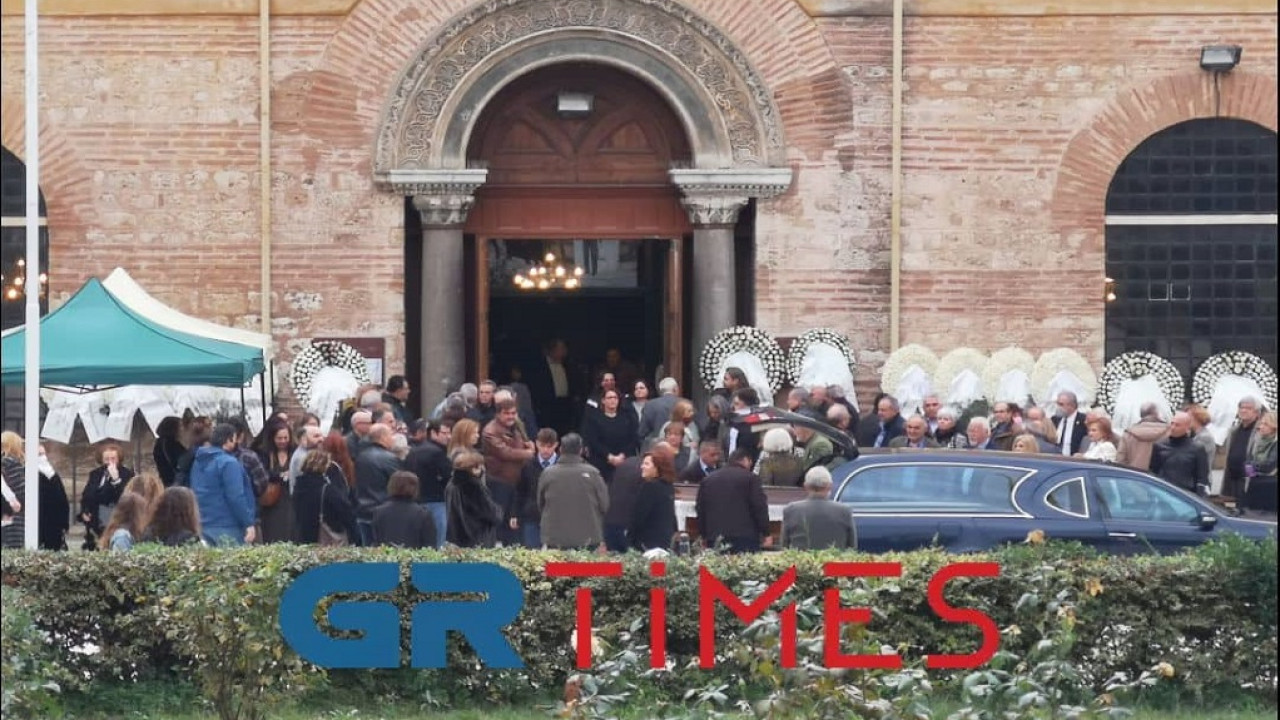 Vassilis Papazachos: Sadness and emotion at the funeral of the leading seismologist

The funeral service was held, in the presence of a large number of people, at the Holy Church of God’s Wisdom, while the burial will take place on Sunday at 12:00 pm, in the place of origin of Vassilis Papazachos, Smokovo Karditsa.

The last “goodbye” to the seismologist Vasilis Papazahowho passed away at the age of 92, said today relatives, friends, members of the academic community and representatives of the authorities, in Thessaloniki.

The funeral service was held, in the presence of a large number of people, at the Holy Temple of God’s Wisdom, while the burial will take place tomorrow, Sunday, November 13 at 12.00 pm. in the birthplace of Vassilis Papazachos, Smokovo Karditsa.

The Deputy Minister of the Interior of Macedonia Thrace Stavros Kalafatis spoke about the loss of a rare person and a unique scientist.

We honor a man, a scientist and a fighter for social justice, with above all the protection of human life, said SYRIZA Progressive Alliance MP Christos Giannoulis.

As a great scientist and a great man who was connected to the life and agony of Thessaloniki in the great earthquake of 1978, Yiannis Delis, Member of Parliament for Thessaloniki of the KKE, described Vassilis Papazachos. “He expressed the anxiety and struggles of this city through his social and political action,” he said characteristically.

“We are here today to honor a man who really made a decisive contribution to the development of seismology in our country, but also what we Thessalonians cannot forget is his contribution in 1978 to the earthquakes of Thessaloniki and how with his choices he starred so that today, after so many years, we are still safe” emphasized, among others, the regional governor of Central Macedonia, Apostolos Tzitzikostas.

Moments from the great earthquake of 1978, which he experienced himself, were brought to his memory by the mayor of Thessaloniki, Konstantinos Zervas. “We were all hanging on the lips of the seismologist Vassilis Papazachou and he was really one of the people who, on the one hand, informed us about what was happening, but on the other hand, the next day he helped so that Thessaloniki was now “armed”, to have an earthquake regulation, to have safer buildings. The legacy of the late Professor Papazachos is very important in the field of engineering and construction, as well as in the city of Thessaloniki,” he said.

“A day of sadness for Aristotle University, a day you are missing for all of Greece and for the entire academic world, because Vassilis Papazachos was a human being, a researcher, an academic. For all these reasons, his memory will remain eternal” said the rector of the Aristotle University of Thessaloniki, Nikolaos Papaioannou, among others in his statements.

Efthymios Lekkas, professor of Disaster Management and president of OASP, pointed out that today the scientific community is saying goodbye to a leading scientist, a world-leading geophysicist-seismologist. “The academic community is saying goodbye today to a leading teacher who created dozens of university professors. Society says goodbye to a man with special sensitivities, not only on the issues of earthquakes, but also on issues, but also on wider social issues”, said Efthymios Lekkas.

The cycle of funerals after the exodus was closed by Vassilis Papazachou’s son, Kostas, referring, among other things, to points that marked his father’s life, to the difficulties he faced, among other things, and to his thoughts until he studied and managed to achieve success in the scientific field, in the support of his life his wife Katerina, but also in the relations he had with representatives of the political world, such as with the late Konstantinos Karamanlis, Andreas Papandreou and others. “That was my father. A fighting man, a poor boy from Smokovo who fought his whole life and who really gave another meaning to the concept of a scientist and a human fighter” stressed Kostas Papazachos in closing his speech.