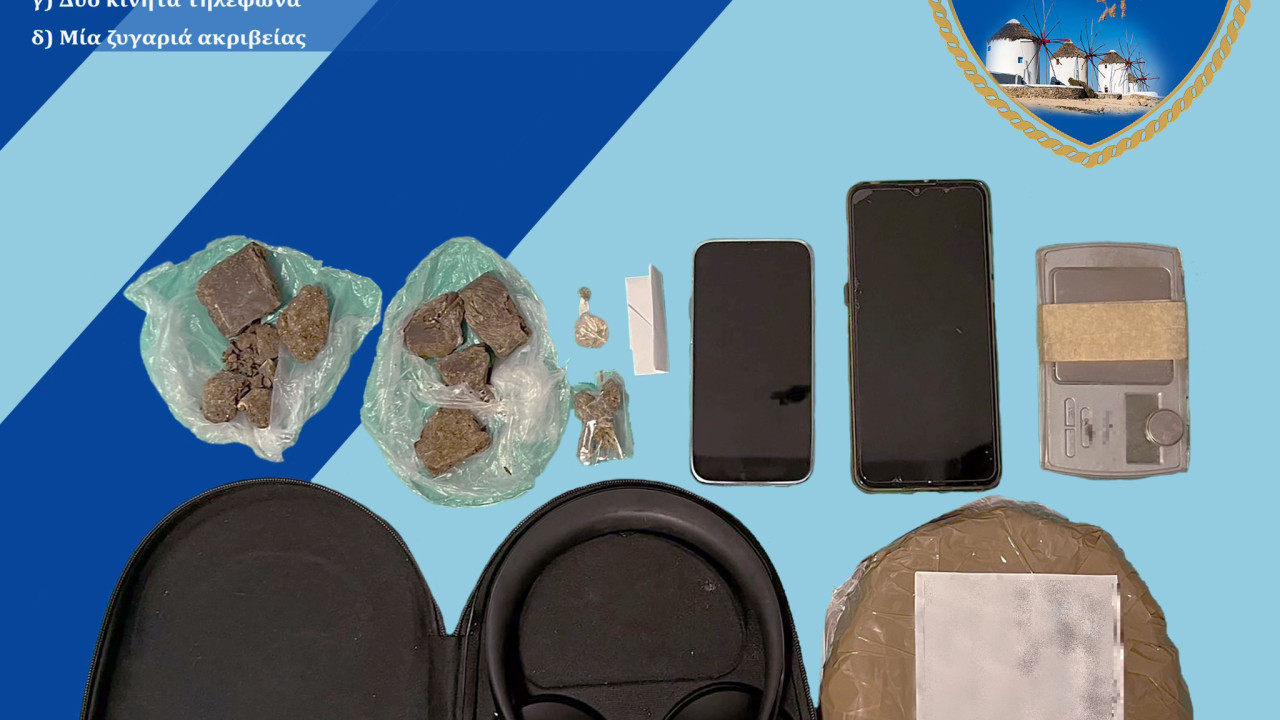 Mykonos: 63-year-old and 57-year-old handcuffed in Mykonos – They received a package of drugs

The authorities are looking for the sender of the package in the context of the truck.

A 63-year-old citizen and a 57-year-old foreigner were arrested yesterday afternoon by the officers of the Narcotics Prosecution Office, as well as the Special Missions Unit of the Mykonos Port Authority, for violation of Law N. 4139/13 “on addictive substances”, when the 57-year-old was spotted to receive a package containing narcotic substances, probably heroin weighing 98.5 grams.

According to the announcement of the Ministry of Shipping and Insular Policy, following the utilization of information from the above executives in cooperation with the General Affairs Department of the Thessaloniki Narcotics Prosecution Sub-Directorate, a check was carried out in the area of ​​the New Ring Road, Mykonos, during which the 57-year-old was found to be receiving package containing two improvised nylon packages, possibly containing heroin, with a total gross weight of 98.5 g.

The Mykonos Port Authority, which is conducting the preliminary investigation, confiscated the items found. The confiscated quantities are going to be sent to the State General Chemistry, for examination, while the sender of the parcel is being searched for in the framework of the autoforos.

Facebook
Twitter
Pinterest
WhatsApp
Previous article
Schertz for surveillance: “A serious case is being carried out”
Next article
J. Sarbanis to SKAI: “We will ensure that there are conditions that limit the sale of F-16s to Turkey”