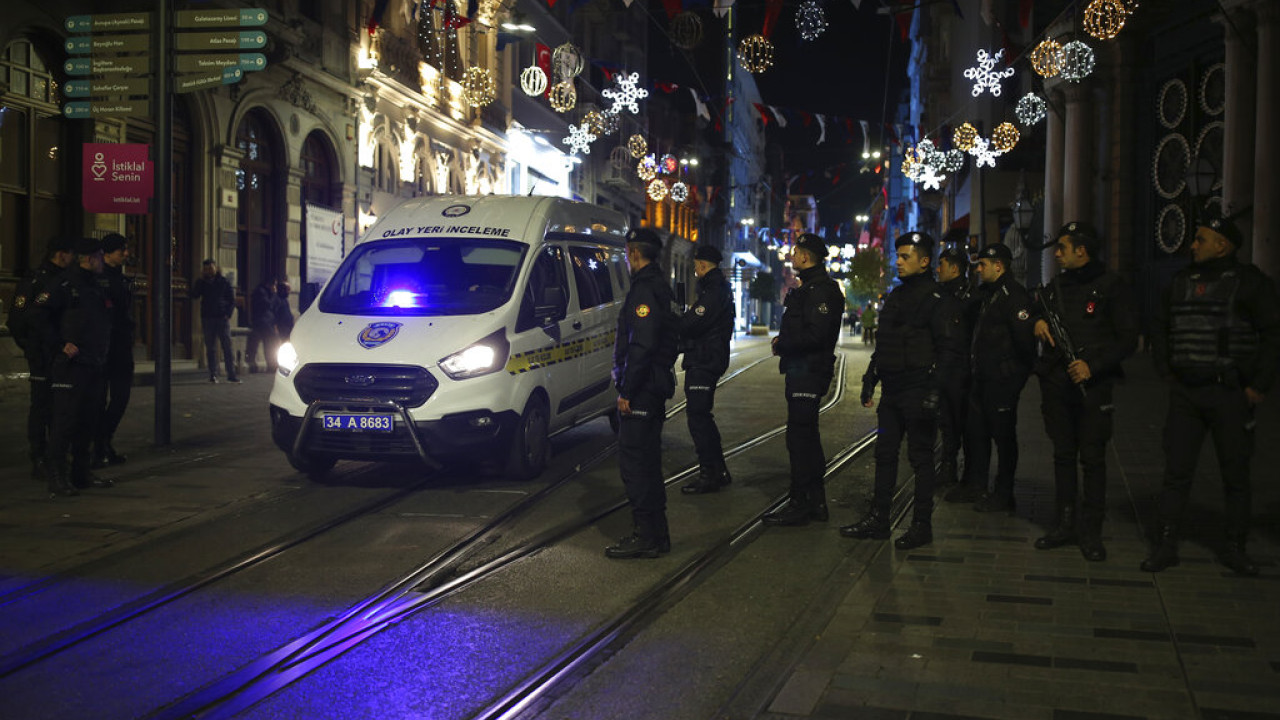 Bombing attack in Istanbul: The injured Greek woman is taken to Athens

The Minister of Health, Thanos Pleuris, contacted the lawyer of the family of the injured in Istanbul and in consultation with the Consulate she will be transferred to Greece.

In Hellas is transferred Greek woman injured from explosion in Istanbul.

The Minister of Health Thanos Pleuris contacted the lawyer of the family of the injured in Istanbul, Apostolis Lytra and then her father and in consultation with the Consulate she will be transferred to our country.

This is the Greek woman included in the list given by the Turkish authorities with the injured from yesterday’s explosion on Istiklal Avenue.

As it became known from the Ministry of Foreign Affairs, the woman is hospitalized out of danger in a hospital in Istanbul, having been injured by windows that were broken by the shock wave of the explosion. According to the information so far, the woman has a slight injury to her ankle.

The announcement of the Ministry of Foreign Affairs follows:

According to the latest information from the Turkish authorities, among the injured from yesterday’s explosion in Istanbul, there is a Greek woman, who was slightly injured by a piece of glass and is being treated out of danger in a hospital in the city. The consular authorities provide all possible assistance.

The PKK denies any involvement in the Istanbul attack

The Kurdistan Workers’ Party (PKK) today denied any involvement in the bomb attack that took place yesterday, Sunday, in Istanbul, which claimed the lives of six people. The Turkish authorities blame the attack on the PKK.

“It is known that we have nothing to do with this incidentthat we do not target civilians and reject actions that target them,” the PKK claimed in a statement carried by the PKK-affiliated Firat news agency.

“We are a movement waging a just and legitimate liberation struggle (…) It is therefore out of the question for us to target civilians in any way in Turkey,” the statement, which is signed by the People’s Defense Center, an organization of PKK.

The armed Kurdish separatist movement also accused the Turkish government of having “dark plans” and of “targeting Kobani”.

Syria’s Kurds, backed by Washington, denied today that they have anything to do with bomb attack which cost yesterday, Sunday, the lives of at least six people in Constantinople and for which the Turkish authorities attributed the responsibility to them.

“We assure that our forces have nothing to do with the explosion in Istanbul and we reject them categories against them,” Mazloum Abdi, commander-in-chief of the Syrian Democratic Forces, whose main component, the YPG militia, has been blamed by Ankara, tweeted.

Earlier today, Turkish police claimed that a young woman of Syrian nationality, who was arrested last night, confessed to carrying out the attack and acting “under the orders of the PKK”.

According to Turkish media, the woman had received relevant instructions in Kobani, in northeastern Syria.

The city of Kobani is controlled by the Syrian Democratic Forces, a major component of which is the YPG (People’s Protection Units) militia, allied to the PKK.