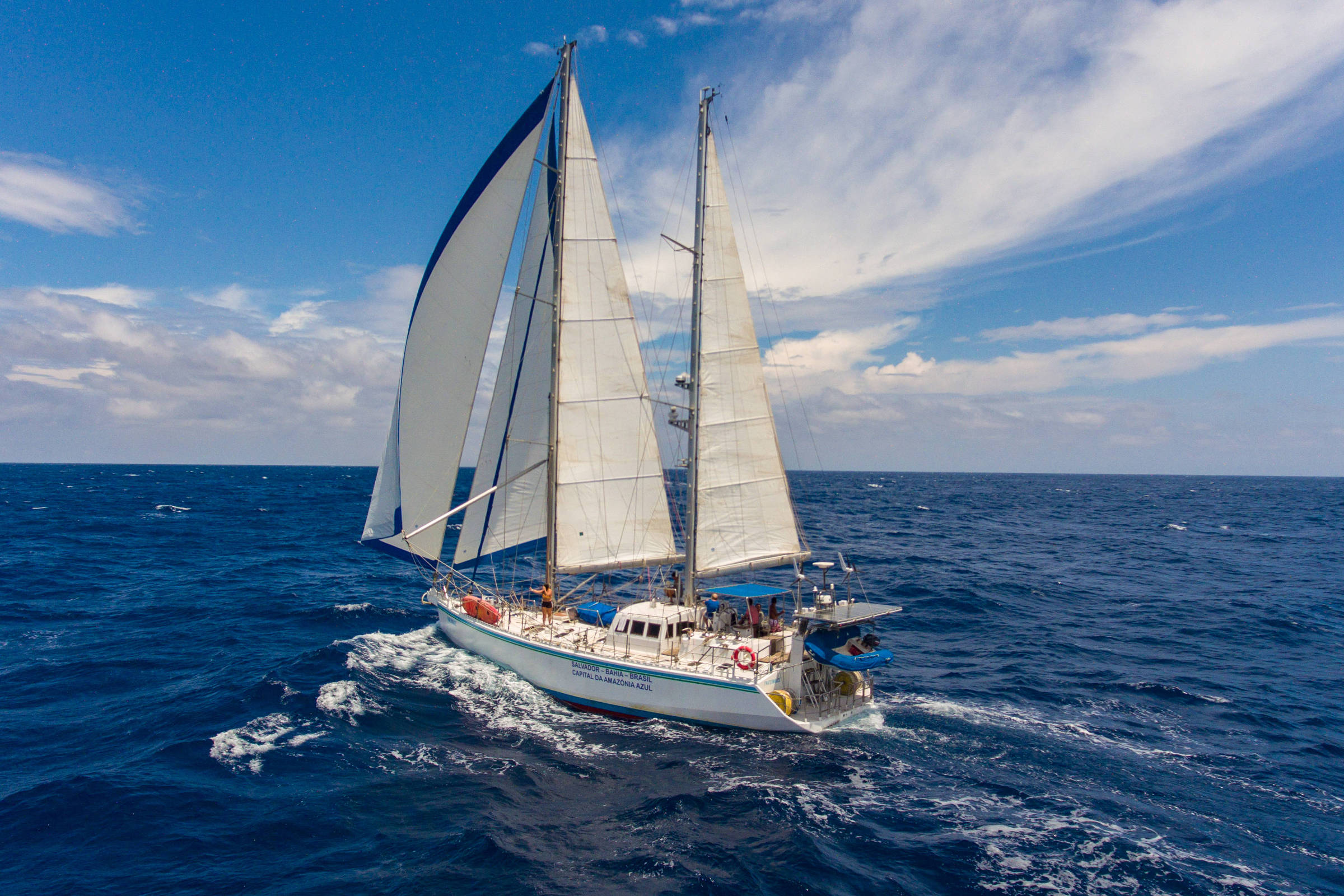 Nine months after leaving Salvador, the sailboat Fraternidade returned home with the feat of being the first vessel of its kind to leave Brazil to complete the Northwest Passage, a dangerous connection between the Atlantic Ocean and the Pacific, through the Arctic.

The passage is located close to the Arctic Circle, in northern Canada, in the region where the Bering and Davis Straits join. The crossing of almost 5,000 kilometers can only be done in the hottest summer months.

“When I left here, I didn’t know if I’d come back alive. But that’s how we went. On the way, I had many doubts, but, in the end, everything worked out”, said the sailboat captain, the Ukrainian based in Bahia Aleixo Belov, when disembarking on the Saturday (12), in the capital of Bahia.

Belov’s fear is well-founded, since expeditions through the passage, if not aborted, often end in tragedy. The most famous of these resulted in the disappearance of 128 people under the command of English explorer John Franklin in 1845.

To get there, says Belov, the crew of seven passed through Natal (RN), the Caribbean —where it crossed the Panama Canal— and Hawaii. After going up the coast of Canada through the Pacific, it passed through Alaska into the Bering Sea until it reached the Arctic.

On the way back to Brazil, the expedition continued through Greenland, the Azores archipelago —autonomous territory of Portugal—, again Natal and, finally, Salvador, on a journey that totaled 20,000 nautical miles (or 37,000 kilometers).

With five trips around the world under his belt, three of them alone, Belov says that the most recent expedition has a special flavor because of the risk. To get an idea, in 2018, of the 23 vessels that tried the route, only one managed to complete the route successfully.

“Across the tropics, it’s much easier. First, because the path is well known, it’s full of ports to stop. Good weather forecast, good nautical charts”, he explains. “Up there [no Ártico], it’s all frozen. It opens quickly. Either you pass or you get arrested”, he continues.

In early August, says Belov, the sailboat ended up stuck in a block of ice for ten days, waiting for a break in the sea to continue its journey. “I bought food for a year and a half, because if it stuck, we wouldn’t be out until the spring of next year,” he says.

In addition to teamwork, the journey’s success is also due to the 80-ton sailboat, with a 20-meter-long steel hull covered with 12 centimeters of thermal insulating foam, to protect the crew from the cold.

The vessel designed by Belov himself — who is a civil engineer and was a professor at the Federal University of Bahia — also has a powerful engine with a cabin as comfortable as a house, with the structure to accommodate a total of 12 people, he said.

“The boat is good, prepared for anything, but when a storm came, with huge waves, we had nowhere to hide”, he recalls. “The small boat is more likely to take shelter, even to be pulled onto the ice pack,” she observes.

The advance planning of the expedition was also fundamental for the success of the mission, says the navigator. “In fact, I thought about it for 20 years, but the planning was detailed three years ago and we just didn’t go before because of the pandemic”, he reveals.

In addition to the perrengues experienced by the crew leaving Bahia, the trip was permeated with beautiful landscapes, polar ice caps, sightings of different species of whales, endangered polar bears and birds native to the northern region.

Disembarkation of some crew members made room for the Argentine navigator Igor Stelli, the therapist Ialda Stelli, the doctor Fábio Tozzi, the businessman Antônio Barreto, the engineer Dilson Assumpção, the sailor Alberico Soares and the German student Luísa Steckhan.

The route was also marked by meetings, such as what happened with Beto Pandiani from São Paulo and French-Brazilian Igor Bely, who were part of the journey on a sailing catamaran, without motor, from Canada.

In his luggage, in addition to the stories, Belov brought some items acquired from Eskimo communities, such as elk horns and a bear skin. “Which will go to the museum’s collection,” he said, referring to the space that bears his name, in the historic center of Salvador.

Belov was born in 1943 in Merefa, Ukraine, during World War II, when he left his hometown at the age of seven months. Son of a Ukrainian mother with a Russian father, he arrived in Brazil in June 1949, at the age of six, after wandering around Europe.

Facebook
Twitter
Pinterest
WhatsApp
Previous article
Sidereal Messenger: Mission Artemis 1 is successfully launched towards the Moon
Next article
One billion young people are at risk of hearing loss – Headphones and music are the “culprits”