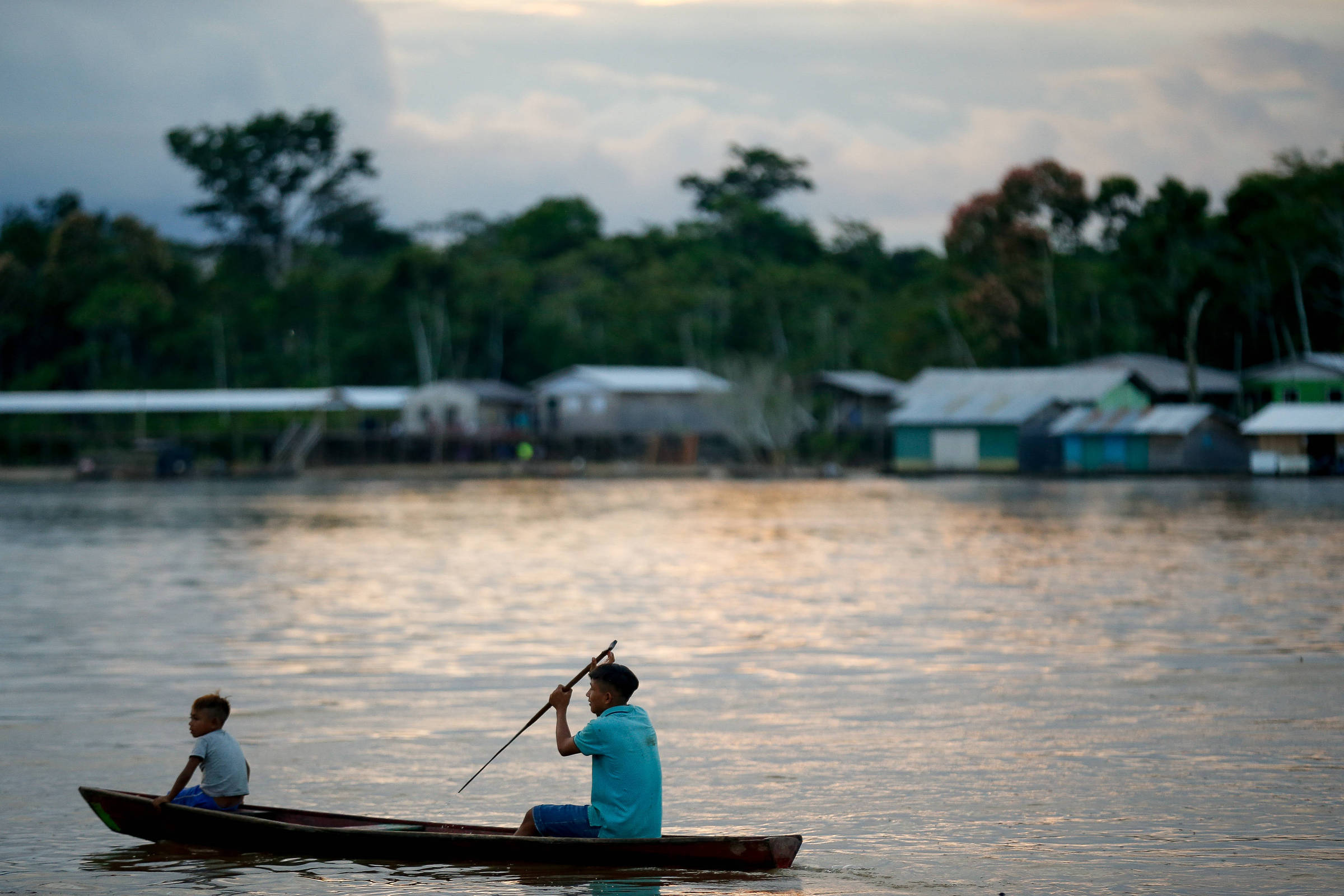 The Federal Police in Amazonas opened an inquiry this Thursday (17th) to investigate reports of death threats and shooting attacks by illegal fishermen against Kanamaris indigenous people in the Javari Valley, in the triple border region of Brazil with Colombia and Peru. .

The case was presented by Akavaja (Association of Kanamaris of Vale do Javari). The offensive by illegal fishermen working in the indigenous land involved a gun pointed at the chest of a leader, death threats, damage to the engine of one of the indigenous boats and shots fired towards the canoes, according to the document prepared by the association.

The PF in Tabatinga (AM), a Brazilian municipality next to Leticia, a Colombian city, launched the investigation and sent police officers to the region of Vale do Javari, with the purpose of listening to the Kanamari, according to information from the corporation in the state. The goal is to try to identify the alleged aggressors.

The offensive by fishermen reported by indigenous peoples takes place in the same region and in the same context in which the indigenist Bruno Pereira and the journalist Dom Phillips were murdered, on the morning of June 5 of this year.

Bruno and Dom were executed by illegal fishermen working inside and outside the Vale do Javari indigenous land, according to the complaint by the MPF (Federal Public Ministry) to the Federal Court.

The defendants in the lawsuit are Amarildo Oliveira, Pelado; his brother Oseney de Oliveira, Dos Santos; and Jefferson da Silva Lima, Pelado da Dinha. The first two lived in a riverside community next to the indigenous land and are accused of exploiting illegal fishing in the region. They decided to kill Bruno and Dom because of the indigenist’s offensive against criminal activity, according to the MPF.

The PF is also investigating other fishermen from the communities, on suspicion of participating in the concealment of the corpses.

There is also an inquiry that investigates a criminal fishing network in the indigenous land and the possibility of a connection between this network and the murders. The command of the group is assigned by the PF to Ruben Dario da Silva Villar, Colombia. He was arrested for using false documents and transferred to Manaus. He was later released on bail and is serving house arrest.

The Federal Justice pointed out a “fear of burning files” and decided to transfer Amarildo to a federal prison. He was taken to the federal penitentiary in Campo Grande (MS), which must be the same fate as Oseney and Jefferson.

Since the double homicide, indigenous associations and Funai (National Indian Foundation) officials say that the climate of tension, threat and violence persists in the region, due to the offensive of fishermen –interested mainly in pirarucu and tracajá– in the indigenous land. There is not enough oversight by federal government bodies to curb criminal actions.

The letter from the Kanamaris association states that the death threat and the shooting took place on the morning of the last 9th, inside the indigenous land, more specifically in the gutter of the Itaquaí river. It was on the bank of this river that Bruno and Dom were murdered, when returning from an area neighboring the territory to the nearest city, Atalaia do Norte (AM).

The group of indigenous people consisted of 30 people, mostly women and children, and sailed in small boats with low-powered engines, as is common in the region.

They were approached by illegal fishermen “with boats full of turtles and fish”, caught inside the indigenous land, according to the complaint made by the association.

The fishermen approached one of the Kanamaris and offered turtles so that the group would remain silent and not denounce the illegal activity. A woman from the group, leader of the indigenous people, approached the fishermen in reaction to the offer made, as stated in the association’s document.

“After questioning the fishermen about why they continue to enter the territory of the indigenous peoples, putting the lives of men, women and children, and the groups that live in isolation within the Vale do Javari indigenous land at risk, the leadership was threatened”, quote the letter.

“With a gun pointed at his chest, he heard from fishermen that the deaths in the Javari Valley will not end until the main leaders are assassinated”, says the association.

The leader would be on the list of threatened people, according to the fishermen’s statements reported by the Kanamaris association. Also according to the letter, the fisherman removed his mask so that his face could be seen by the indigenous people and said that Bruno and Dom were killed “due to attitudes like this”.

After threats to the group, the wiring of a vessel’s engine was cut and other canoes were shot at, as stated in the complaint. There was perforation of gasoline drums.

“This situation of extreme violence explains the current situation of violation of human rights in which the indigenous peoples of Brazil live, especially in the Vale do Javari region”, says the letter. “Living under the gun of the invaders has become routine for the leaders and indigenous people who navigate the region’s rivers.”

Facebook
Twitter
Pinterest
WhatsApp
Previous article
Anastasiadis: Without the international factor, especially the EU, we will not achieve results in the Cyprus issue
Next article
Menendez Jr.: I see no reason to support Turkey on F-16s