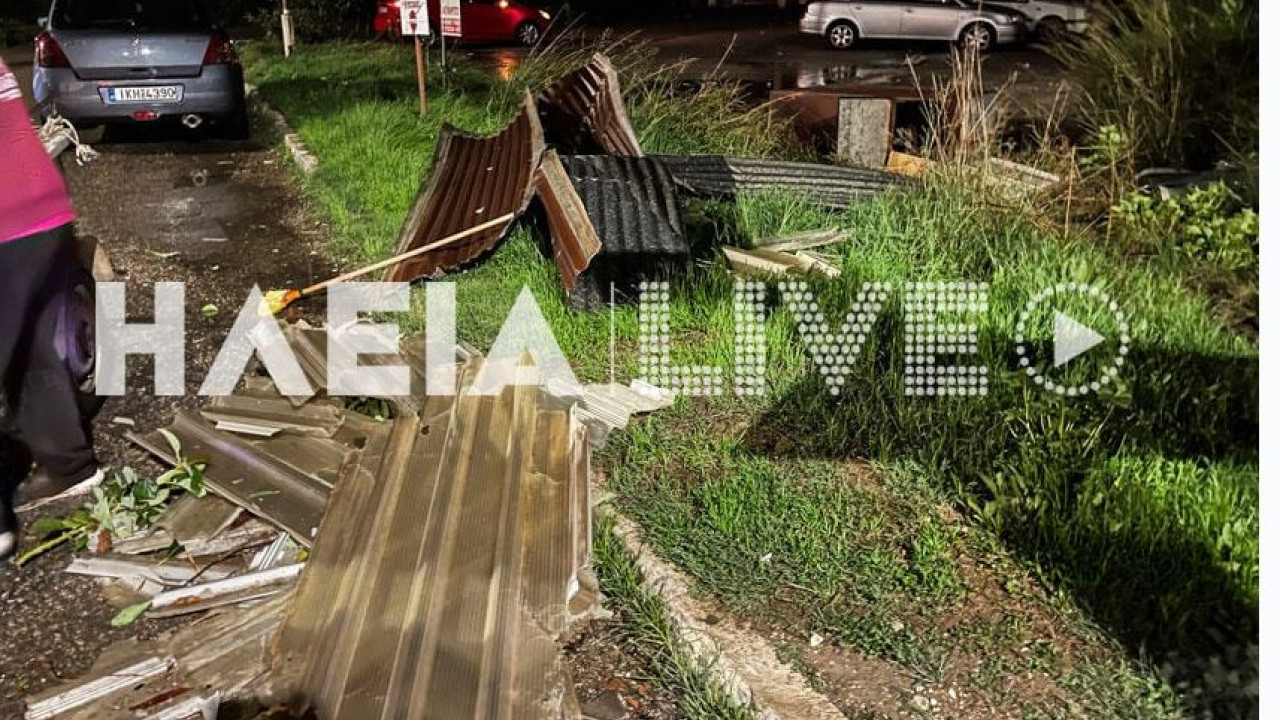 Tornado crossed the city of Pyrgos causing damage to buildings and networks. The first “sign” of the consequences of the tornado, which raised the alarm to the authorities, was the tearing off of the roof at the dock of the central KTEL station of Ilia on Erythrou Stavrou street.

The parts of the roof were scattered over a long distance and caused damage on Patron Street, where metal parts also fell from the roof of two buildings next to the KTEL bus. DEDDIE cables were cut there and a power outage was caused in the wider area.

Damage was also recorded behind the Letrina hotel, also from falling trees and parts of roofs.

The tornado started off Katakolos as a hydro turbine. In the area of ​​Agia Paraskevi in ​​Spiantza, it came ashore and began to sweep away everything in its path. In the darkness the citizens could not perceive anything, until immediately after his passing the consequences.

In the coastal settlements, damage was caused by materials that were carried away and fell on houses. Yes, in one case a family was transferred by the Civil Protection service of the municipality of Pyrgos to a hotel to be accommodated until the damage caused to their home is repaired.

The tornado passed through Katsikari where it caused damage to the roof of a packinghouse, warehouses and crops. In fact, he uprooted olive trees in some places.

It then passed through the Workers’ Residences on Katakolou street, causing damage to offices such as those of the Cretan Ilia Association, where the glass was broken by the objects carried away by the phenomenon.

The path after that is known. He passed through Xystri Park, reached KTEL and then Patron Street.

Behind the Letrina hotel, the intervention of the Civil Protection Service of the municipality of Pyrgos was needed, for an elderly man who lives alone and who, due to the power outage due to bad weather, did not have the oxygen supply he needed from the special machine he uses.

Together with the welfare service of the municipality of Pyrgos, the necessary steps were taken so that the elderly man could be transferred immediately to the hospital where he remains for oxygen supply.