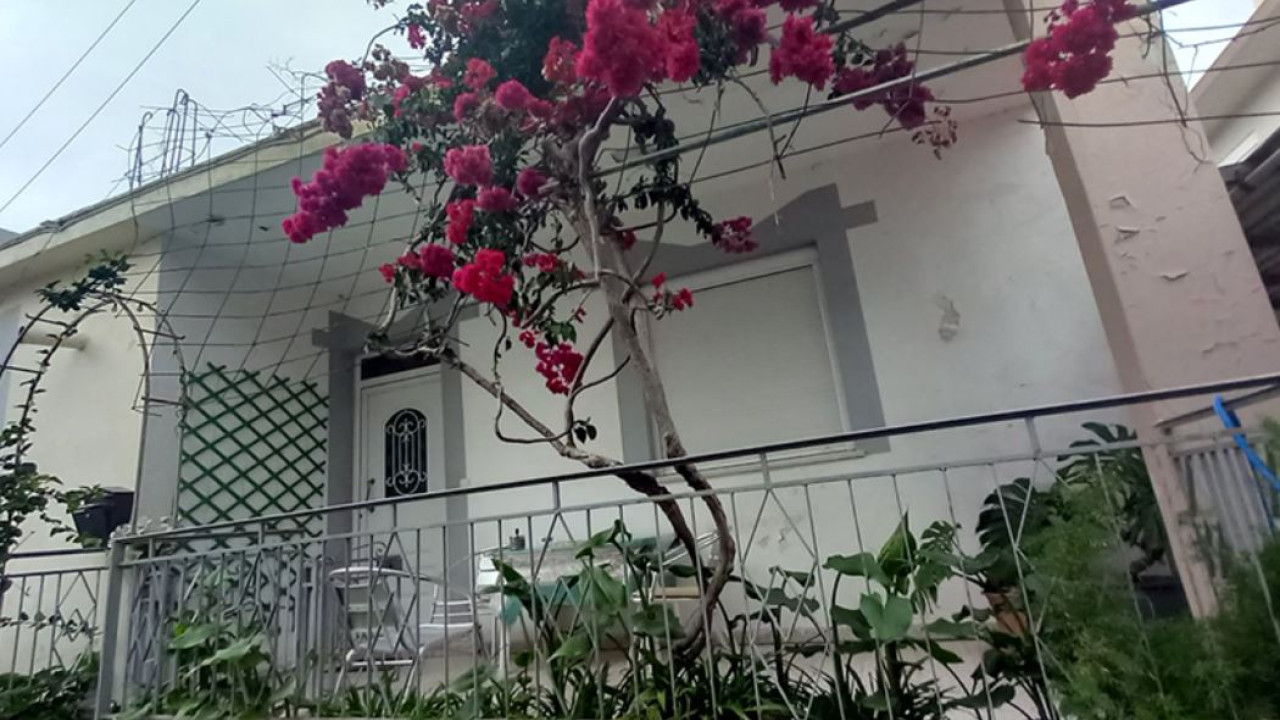 Rhodes: “This is how I committed the murders” – The shocking confession of the 45-year-old domestic worker

Rhodes is upset by the murder of a bedridden elderly woman yesterday morning in Kalythies, with the assailant being the 45-year-old domestic helper who had taken care of her.

The domestic worker was arrested by police who were alerted by her and rushed to the house.

The case is taking on dimensions thriller as in the context of the preliminary investigation that was completed late yesterday afternoon, the 45-year-old claimed that she killed three other people.

As revealed by dimokratiki.gr at 08.25 am on Monday, the 45-year-old F. F. of S. called the Immediate Action and told the police officer of the center “I choked Flora, come on.”

He gave instructions to the police and the duty officer of the Archangelos Police Department was the first to rush to the scene with the ambulance, while the Rhodes Security Directorate was also informed at the same time.

The 45-year-old was waiting for the police at the house of the 75-year-old bedridden and non-self-supporting Flora Kazellis of Panagiotis, whom she was taking care of and informed them that in the early hours of the same day she suffocated her with a pillow.

He claimed that in the early morning hours of November 21, for no apparent reason, he placed a pillow over her face while she slept in order to stun her.

It emerged from the preliminary inquiry that he first placed his hand on her face while she was lying awake in bed and then put the pillow over her face and killed her because of the discomfort she said the voices and the nature of the death caused her.

The ambulance crew found the 75-year-old woman in bed and tried to bring her back as until that time she had a weak pulse, however, despite the superhuman efforts of the EKAV people, this was not possible and finally a short time later they certified her death.

It is noted that the 75-year-old has a child who is housed in an institution, while the perpetrator has also been hospitalized in the past at the Leros psychiatric hospital.
She has a child with an electorate relative and she had tried to strangle him with a belt in the past and for this reason custody of him has been taken away from her and taken over by his grandmother.

The 45-year-old had exclusively taken care of the 75-year-old and lived with her.

Their coexistence was difficult as the 75-year-old was demanding and the 45-year-old, due to the psychiatric problems she faced, could not manage her.

But there were no indications of what followed and none of the victim’s relatives imagined what was about to happen.

During a preliminary hearing yesterday, she confessed to her actions, claiming that she had stopped taking the anti-psychotic medication she was prescribed to treat her schizophrenia as it was causing her severe sedation.

Not taking her medication as she described in a slurred description that at some points the officers did not make sense of, caused her irritation and emotions she could not control and she claimed the elderly woman upset her by not letting her calm down and killed her.

The statements given by the 45-year-old

The 45-year-old in the context of the preliminary investigation, giving unclear information, he confessed to the police three more murders.

In a statement he gave, he initially referred to attempted murder of the son of Taxiarchis at the age of one year. She said she had then stopped her medication and tried to choke him, which is why she was committed to a psychiatric hospital.

In the second deposit that he gave said that 10 years ago when he had been discharged from the psychiatric hospital of Leros he stayed at the house of a local and took care of the then 63-year-old Irini Pergamalis of Nikolaou who had a problem with her heart. He was sleeping with her as he described and one afternoon he took a syringe and put water and blood pressure pills in it and administered them by mouth resulting in her death. The next day as he described he went to the funeral and wore black too!!

In another of her depositions, it was mentioned that she came into contact with the family of 86-year-old Vassilos Soldatou of Spyrandreas two years ago and how he took care of her for a fee of 650 euros. He said he had been looking after her for about a year and they slept together in twin beds pushed together and he held her hand. This elderly woman, she said, had colitis and diabetes and when she stopped taking her schizophrenia pills, she put yogurt and sugar or honey in a syringe and gave it to her. The next day, the elderly woman was taken to the hospital by ambulance and died a week later. He claimed that he did not intend to kill her and that he gave her the specific food mixture because she was not eating because she was infected with corona virus!

He then described that he took care of 70-year-old Theodosias Tokouzis of Georgiou who was suffering from dementia, was obese and bedridden. She claimed he was beating her because she wouldn’t eat her food. She said she had stopped taking her medication to treat schizophrenia and was losing her temper and hitting the elderly woman.

He speculated that he was responsible for her death because he had hit her on the head and was not feeding her properly.
However, regarding the death of the latter, the police contacted the relatives of the elderly woman who stated that her death occurred after a longer period of time and not the 5 days that the 45-year-old claims, and even stated that they removed the housekeeper from their relative earlier than the time the elderly woman passed away.

The lawyer Mr. Stelios Alexandris is represented as her defense counsel.

Facebook
Twitter
Pinterest
WhatsApp
Previous article
Michailidou to SKAI: Within the day the announcement of the new Board of Directors at the Ark of the World
Next article
CAC 40: A short flat transition, against a background of intense questioning