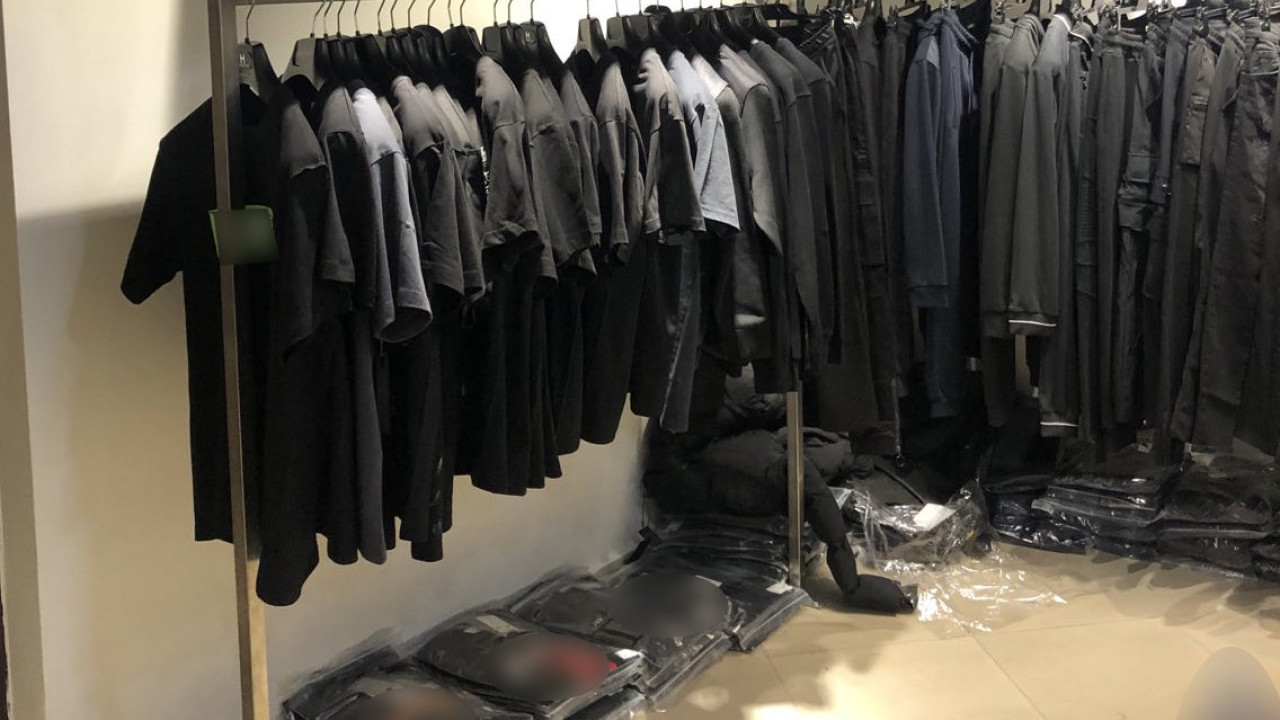 Thousands of clothes “monkey” were found in a store and warehouse in Thessaloniki: 1 person was arrested – Watch video

1,182 counterfeit products were confiscated, the sale of which would result in a loss exceeding 350,000 euros

In the area of ​​Thessaloniki, two premises (store – warehouse) were identified, where imitation clothing, footwear and accessories of well-known companies were sold by the Sub-Directorate of the Economic Police of Northern Greece.

A citizen was arrested for the case, while the case file includes another citizen, who is wanted.

A criminal case was filed against them, for forgery, acceptance and distribution of proceeds of crime and violations of the laws relating to the regulation of the product market, trademarks and unfair competition.

In more detail, yesterday afternoon, November 21, 2022, after appropriate evaluation and utilization of information, a store-storage area was located, where 691 counterfeit items of branded companies were found and confiscated.

The subsequent investigation also revealed the use of a second storage area, where in an investigation carried out in the morning hours today, November 22, 2022, an additional 491 counterfeit items were found and seized.

In addition, they were found carefully hidden in the house of the co-accused and 37,150 euros were confiscated.

It is noted that the total amount of the threatened loss, according to the expert opinions of the representatives of the companies so far, exceeds 350,000 euros.

The arrested person was taken to the competent prosecuting authority.

Facebook
Twitter
Pinterest
WhatsApp
Previous article
Digital Disability Card: What it is, how it works – 14 questions and answers
Next article
Celebration of Saudi fans marks the country’s rapprochement with Qatar