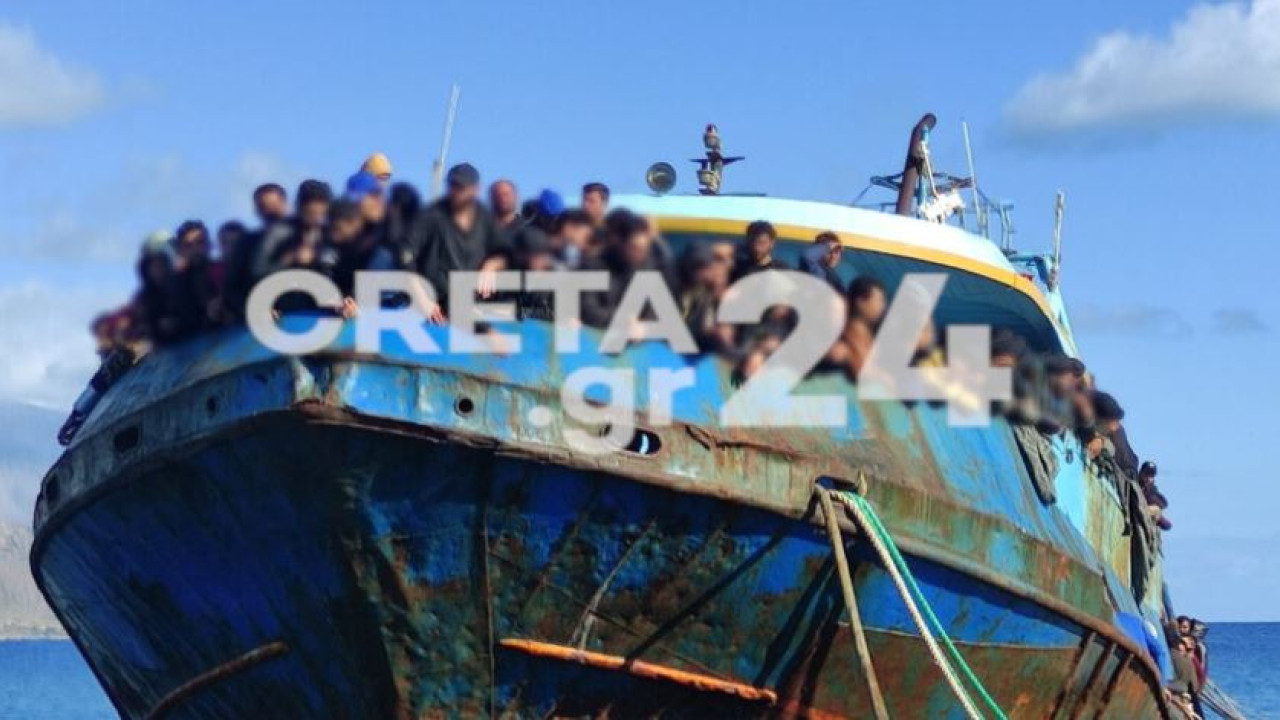 Due to the adverse weather conditions the ship was in danger of sinking. The migrants were persuaded to transfer to another boat and disembark at the port

In mandatory evacuation of the fishing boat carrying 500 migrants that docked yesterday at the port of Paleochora, the authorities proceeded.

The transport operation was completed at night at the port of Tigani in Paleochora, where they were accommodated on the passenger ship Samaria.

It is reminded that the migrants remained on the fishing vessel in the port of Paleochora, refusing to get off the ship and asking the Greek authorities to repair the damage to the fishing vessel, so that they could continue their journey to Italy, which was also their destination. According to information, in order to exert greater pressure, they did not allow approximately 40 women and children to disembark from the ship.

According to the President of the Chania Department of the Hellenic Red Cross, Stelios Kalaitzakis, after negotiations with the men of the Coast Guard and the police and with the bad weather “hitting” the area, the migrants were convinced to get off the ship.

At the pier of Paleochora there were strong police forces, an EKAV ambulance and men of the Coast Guard.

One of the migrants was transported by EKAV ambulance to the local Health Center.

Finally, the 15-year-old immigrant suffering from diabetes, due to a recurrence of the disease, was rushed to PAGNI last night from the Chania hospital.

The migrants’ negotiations with the authorities are ongoing, since they refuse to leave the port.

They want as soon as the weather falls to get back on the ship and repair the damage to the rudder, in order to leave for Italy.

Authorities are making efforts to secure the old vessel at the harbor pier due to strong winds in the area.

Facebook
Twitter
Pinterest
WhatsApp
Previous article
Germany and Japan face off at 10am in the Qatar Cup; know where to watch
Next article
Former Kivotos child to SKAI: My brother is still in isolation, I’m worried