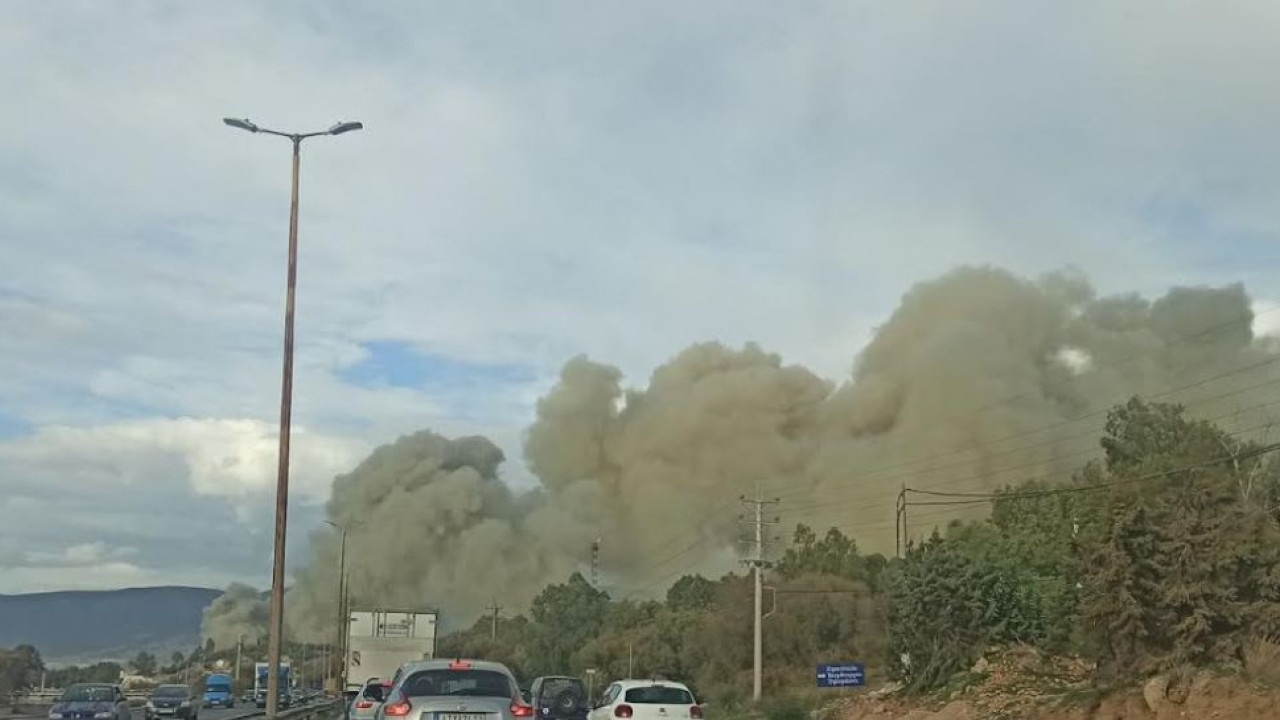 Earlier, a message was sent by 112 to the residents of the area to stay inside their homes, with closed windows as there was a risk of dangerous gases being released

The fire that broke out earlier at a business with chemicals and recycling materials in the area of ​​Skaramangas, in Aspropyrgos, has been extinguished.

A fire of unknown cause broke out today, at 15:30, at the facilities of POLYECO in Aspropyrgos, Attica. No lives were endangered by the fire. This is noted in a statement, while it is underlined that “the fire was brought under control by the forces of the Fire Service who rushed to the scene as well as the company’s fire safety system”.

Thick smoke had covered the wider area, while 13 fire engines with 30 firefighters and a special vehicle of the 1st E.M.A.K. rushed to the spot. The residents of the Aspropyrgos area shortly after the fire received a message from 112 to stay inside their homes, with closed windows and away from windows

Specifically, the message said: “If you are in Aspropyrgos, take refuge in a closed building now. Close windows and stay away from glass panes. Fire in an industrial facility. Self-protection guidelines / Protective action guidance: https://www.civilprotection.gr/en/all-guidelines#!

#Fire in the area of ​​a commercial building, at the 16th km. of E.O. Athens-Corinth in its area #Aspropyrgos.
They are doing 30 #firefighters with 13 vehicles while a special vehicle of the 1st E.M.A.K.

Watch video of Skaigr from the point:

Facebook
Twitter
Pinterest
WhatsApp
Previous article
The Government’s initiatives for child protection, foster care, institutions and related controls
Next article
Russia: The PKK may have gotten the “green light” for the terrorist attack in Istanbul