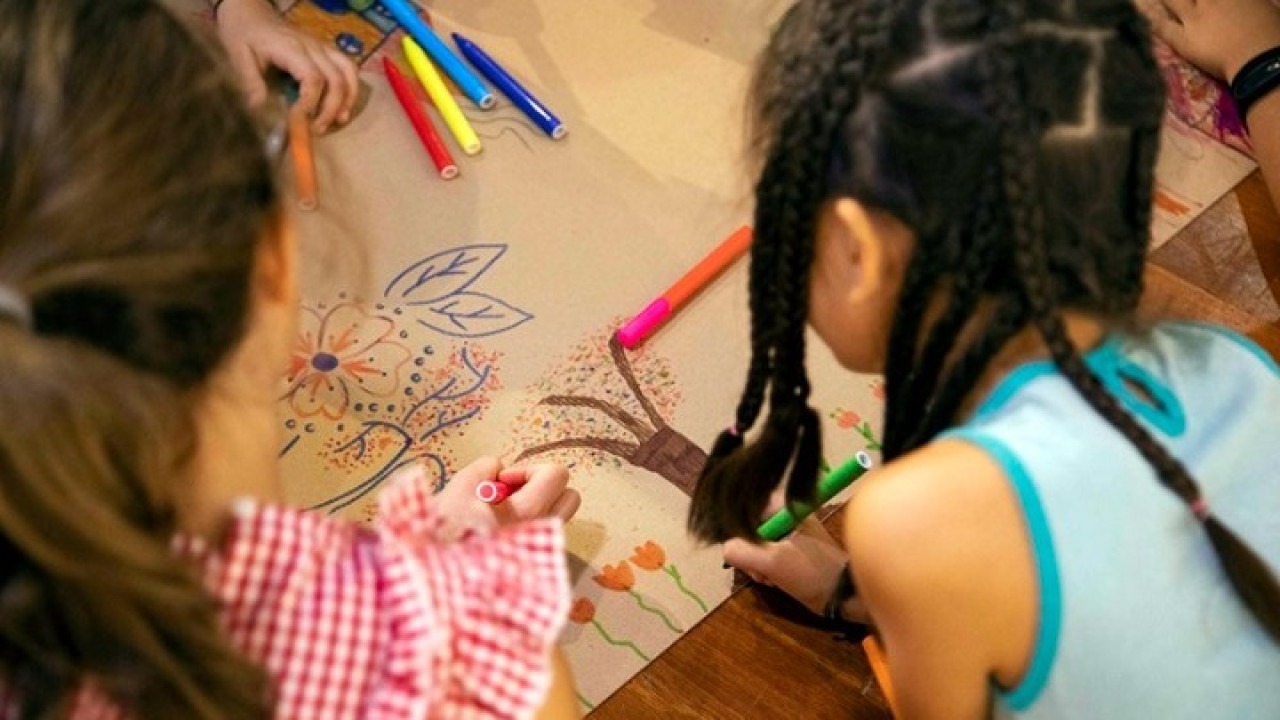 The institutions and mechanisms that have been created since 2019

The developments in the “Ark of the World” pose the question “what has the Government done about all the relevant issues?”. On the occasion of the relevant debate, the Ministry of Labor and Social Affairs presents the initiatives that have been undertaken to date for child protection, foster care, institutions and related controls. Some of these initiatives, such as e.g. the establishment of stricter conditions for the operation of the structures a few months ago, are better known due to the reactions they caused from certain quarters when they were established.

The institutions and mechanisms that have been created since 2019 have contributed decisively either to the disclosure of various very unpleasant situations or to the facilitation of complaints especially from the side of minors. This also happened in the case of “Kivotos”.

The initiatives that have been undertaken and which are presented below certainly do not in any way exhaust the Ministry’s effort for further rationalization and greater transparency for the structures themselves, as well as more effective controls on the part of the State.

The Government acted immediately as soon as the complaints about the “World Ark” became known, replacing the previous Board of Directors and appointing a new, highly prestigious Board of Directors, in order to keep the specific structure standing, but also to avoid a climate of mistrust towards in social structures as a whole. Minister Kostis Hatzidakis, the competent Deputy Minister Domna Michailidou and General Secretary Giorgos Stamatis will act with the same understanding from now on, in order to further modernize the framework of social structures based on the proposals that will be made by social agencies and the political parties.

What are the child protection initiatives from 2019 onwards

Since 2019, the current Government in the field of welfare and social solidarity has taken several legislative initiatives to ensure the rights of the child and expand the protection of minors.

1. Fosterage and adoption. In the matter of adoptions and fostering, these three years of government have made significant changes.

· With the Unified National Registry and the digitized platform anynet.gr, transparency and speed in adoptions and fosterings through a single system was ensured, for the first time. On the same platform, children are automatically matched with prospective adoptive and foster parents.
· The registration of almost 2000 children from more than 80 child protection structures in a common National Registry was completed.
· The training of 130 public officials throughout Greece for the training of prospective parents began and was completed in the midst of a pandemic.
· The digital platform www.paidi.gov.gr was created, through which information is provided quarterly on the progress of fostering/adoptions (how many children are in the institutions, how many children are for fostering/adoption, gender, age, number of applications for fostering/adoption etc.).
· Already 1,006 children have been released from institutions and placed in foster/adoptive families.
· Expanded the age limits for those who wish to become contractors, from 25 to 75 years old (from 30-60 which was before).
· The underwriting allowance was established. Thus, starting from June 2021, financial aid to new contractors as well as to existing ones began to be paid. The allowance starts at 325 euros for children of typical development and can reach up to 1,200 euros for children with disabilities and depending on their degree of disability. The purpose is to strengthen the institution of foster care, so that all children grow up in a family and not in institutions.
· A nationwide campaign to inform and raise awareness among citizens about the institution of foster care was implemented, in collaboration with UNICEF. In the context of the campaign, the fairy tale “The Great Adventure of Miltos” was created, with the aim of promoting the institution of sponsorship.
· In addition, any citizen as a single parent, any married couple and any couple who have a cohabitation agreement can now become a foster parent, regardless of gender, religion and sexual identity.
· A great injustice has been redressed. People living with HIV or Hepatitis B now have the right to become foster or adoptive parents, and the necessary barriers have been put in place.
· In order to promote the fostering of children with disabilities, the launch of a professional fostering program is foreseen and a relevant proposal has been approved in the Recovery Fund. It is about placing minors, with severe disabilities (over 67%) and/or severe mental disorders, in the care of professional contractors.

2. Supervision of social protection units. The control and supervision of child protection units belongs to the Regions through the institution of the Social Counselor (CS), which was established by Law 2345/1995. A Social Worker or other social scientist of the Region, with the authority to supervise the providers of social care services (for children, disabled people, elderly, etc.) takes over as CS. It was only envisaged that it supervises and continuously monitors the services. With Laws 4837/2021 and 4954/2022, the institution was reformed to make it more effective as follows:

• Due to the observed understaffing of the Regions, the possibility was foreseen for them to take over as Social Advisors and employees of the Municipalities or their legal entities.
• The obligation to carry out autopsies was defined, and indeed at least every six months, drawing up a relevant report.
• The SC was given the right to access the institution’s files and individual files.
• The Minister was empowered to order autopsies.
• It was mandatory to carry out a parallel audit by CS of other Regions, in order not to foster relationships of local dependency between CS and agencies.

4. Prevention and treatment of abuse of minors. Law 4837/2021 established for the first time the definition of abuse and neglect of minors, while two special measures were foreseen to prevent and deal with the phenomenon:

• The obligation to submit a criminal record was established for each new hire, proving that the person concerned has not been convicted or prosecuted for crimes that would make him unfit for any work in an area with children. This obligation applies to all staff positions, regardless of whether they only have direct or indirect contact with children, applies to all types of contracts and extends to any volunteers chosen by the organization.
• A Juvenile Protection Officer is appointed in each child accommodation unit supervised by the Ministry of Labour. He is the person who receives the reports of abuse and assumes the responsibility of immediately passing them on to the competent prosecutorial authorities. The Juvenile Protection Officer is protected from judicial or other disciplinary action both himself and the staff members who report incidents of abuse. The Juvenile Protection Officer also undertakes the obligation to submit on an annual basis every report of abuse to the National Reporting and Monitoring System of EKKA in order to systematically record and process the data that will contribute to the further understanding of the phenomenon and the systematization of its treatment.

5. Tightening of the specifications for Child Protection Units (MoPP). For the first time, strict specifications and clear criteria for the establishment and operation of Child Protection and Care Units (MoPP) were defined in May 2022. The MoPPs were the only social structures that remained completely unregulated, without specifications and operating rules. After decades of legal vacuum, Ministerial Decree No. 40494/2022 (Government Gazette 2302/B/11-5-2022) was issued, which pursues two main purposes: Firstly, the regulation of operation, staffing, building specifications, control and in the totality of services provided, so that the care of children within structures is the best possible. Secondly, the operation of the structures should be oriented towards the purpose of finding a suitable family for each child who is deprived of his family. In particular, the new ministerial provides for the following:

• Establishment of a legal framework for all structures to obtain a license to operate.
• Placement in a Unit after all other alternative family-type care has been ruled out.
• Maximum capacity up to 20 children (with the possibility of exceeding to accommodate siblings).
• Separation of age groups (toddlers 3-5, children 6-12, teenagers 13-18).
• Installation of the Units within the urban fabric.
• Interior configuration in such a way as to ensure personal space for children (sleeping areas: up to 5 toddlers, up to 4 children, up to 2 teenagers).
• Staffing with minimal specialized scientific staff (especially with social workers).
• Maintaining and updating all children’s books and files (ASOA, ASF), in order to make it easier to find a family for fostering/adoption.
• Specialization of the supervision for the supervision and monitoring of the services provided in terms of their quality and adequacy.
• A one-year deadline for compliance of the existing units and the possibility (under conditions) of continuing their operation even when they are outside the plan.

The Ministry of Labor and Social Affairs is not complacent. This effort which unites the whole society continues with seriousness and determination!