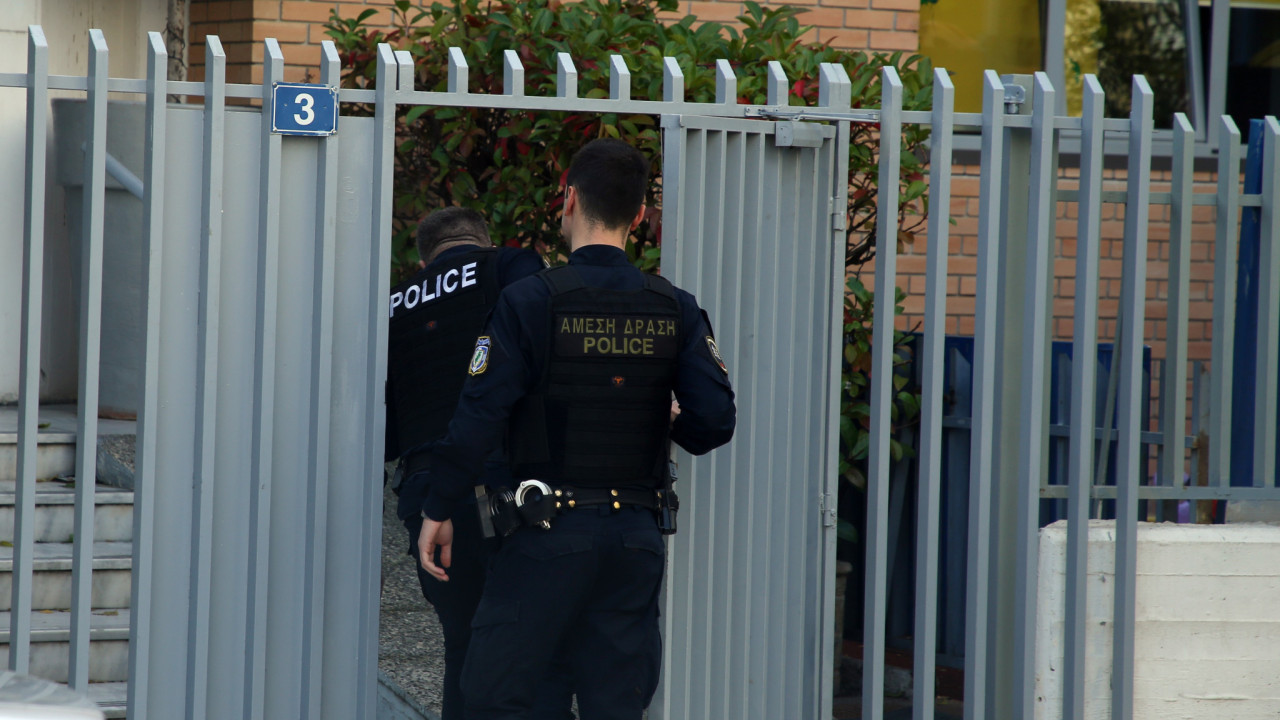 In the hands of the financial police, the files with the first critical elements from the checks on the accounts of the Ark of the World – The investigation into the complaints is also in full progress – They “appeared” through circles of father Antonios and elder

The developments in her case are rapid Ark of the World. The checks on the bank accounts of the structure as well as the personal accounts of father Antonios by the Anti-Money Laundering Authority have already started, while there was also an intervention by the financial police who today were at the structure and made leaf and feather documents concerning the financial management to the NGO.

An echelon of the financial police entered the headquarters of the Ark of the World in Colonos, after the most serious complaints. In their hands they hold the files with the first critical data from the checks on accounts.

“The Economic Police has intervened since Monday and is conducting a general criminal audit regarding the financial management of this organization in Kivoto,” Citizen Protection Minister Takis Theodorikakos said on SKAI radio.

Kivotos was an Urban Non-Profit Company owned 50% by the elder Stamatia Georgantis with the 86-year-old mother of father Antonios.

Complaints about financial misappropriation from former employees are serious.

A lot of money was falling from all sides but Papa Antonis told us that we are at the mercy of people and those who love us help us. That we have nowhere, no support. And so, we conveyed the same to our volunteers. There was opacity. The labor inspection came and they wrote them up, fined them. Twice, reports a former employee of the structure.

And the new Board of Directors has assigned chartered accountants to do gender and feather the finances of the ark, apart from the primary one which is the protection of children.

“We came today for the first time, we are three members of the board. We have come to help this situation because we do not want any child to be left on the street. All our lives we have been involved in child protection”, says the new president of the Ark of the World. Alexandra Martinou.

The aim is the orderly operation of the Ark, a crucial fact for the children accommodated in the structures.

“We are operating normally, there is no management vacancy at the moment. So the programs will be implemented as they were from Monday”, Ms. Martinou noted.

In addition, the management control will show the path followed by the last euro.

“What is this Administration doing? It is entering, it is entering tomorrow and everything in the Structure so that it can see what changes are needed, immediately but also on a second-year level if you want to ensure the best interest of the children. That is, beyond the financial control that it is necessary and it is one of the first things that will be done”, underlined the Deputy Minister of Labor and Social Affairs, Domna Michailidou, on SKAI 100.3 radio.

The Anti-Money Laundering Authority was also involved in the Kivotos case, while an audit of the staff is expected to take place, while the judicial investigation continues.

At the same time, the investigation into the complaints that continue to be made by former inmates and employees is in full progress. Allegations of physical abuse of children and inhumane punishments. Some had even reached the police.

Beatings, chores and isolation … The testimony of a former inmate of the structure is shocking:

– I was alone locked in a room
– They put you there for what reason?
– Because I didn’t listen to them, I didn’t want to work.
– How many days did this take place?
– It might take a month, it might take two months.

She spent her childhood in the Ark of the World and confesses that she experienced harsh punishments imposed on her by her “educators”. He tried to talk to Father Antonio as well, but as he says, to no avail.

“To imagine, they tell us that we will punish you, we will put you in solitary confinement, we will beat you. Father Antonios is very distant, especially from the girls, he doesn’t talk to us at all because he considers girls inferior. He looks good but in reality he is not, just like the teachers are not. I want this place closed, I can’t see the other children being tortured like this either.”

A relative of a former student describes to SKAI the martyrdom moments that she claims her niece experienced in the structure of Chios in 2014 and 2015.

“The child was locked in a room and threatened that if you continue like this you will not see your father. The child was very scared, scared, sad and psychologically abused for sure. The child the first time we saw him was dirty, had lice on his head and was not wearing the clothes we had bought him. When I asked, do you want to get out of here, and he said, yes,” he says characteristically.

The testimonies are shocking. A friend of the 19-year-old who reported Father Antonio for sexual harassment spoke to SKAI.

“He started telling me that he was very close to him, he was one of his favorite children, he was destined for something big. He had him with him on all trips to all structures. At least what he described to me was from 16.5 or 15.5, I don’t remember exactly,” he says on the SKAI Today show.

Evangelia describes the martyrdom moments she reports that she lived in the structure of Athens and how she was kicked out when she had an abortion.

“The punishment was isolation. To have no contact with the rest of the children, to not go out, to eat alone. They would lock me in the toilet until I said sorry. It has also happened from 8 in the afternoon until 3 in the morning. If you keep the child we will help you, we will be with you, if you don’t keep him we won’t be, but I didn’t keep him either.”

An Ark worker saw a child battered inside the structure. He helped it and immediately informed the police.

“I know of two incidents of beatings. I have filed a police report about them. I saw one of the children, beaten. It was swollen in the face. I talked to him. The child spoke to me and I helped him. Don’t they know what’s going on? They intended to expel us, two educators who were present in a beating and we reported it to the Security,” he says indicatively.

The first witnesses – children who have lived in the structures and also worked in them – have already begun to testify.