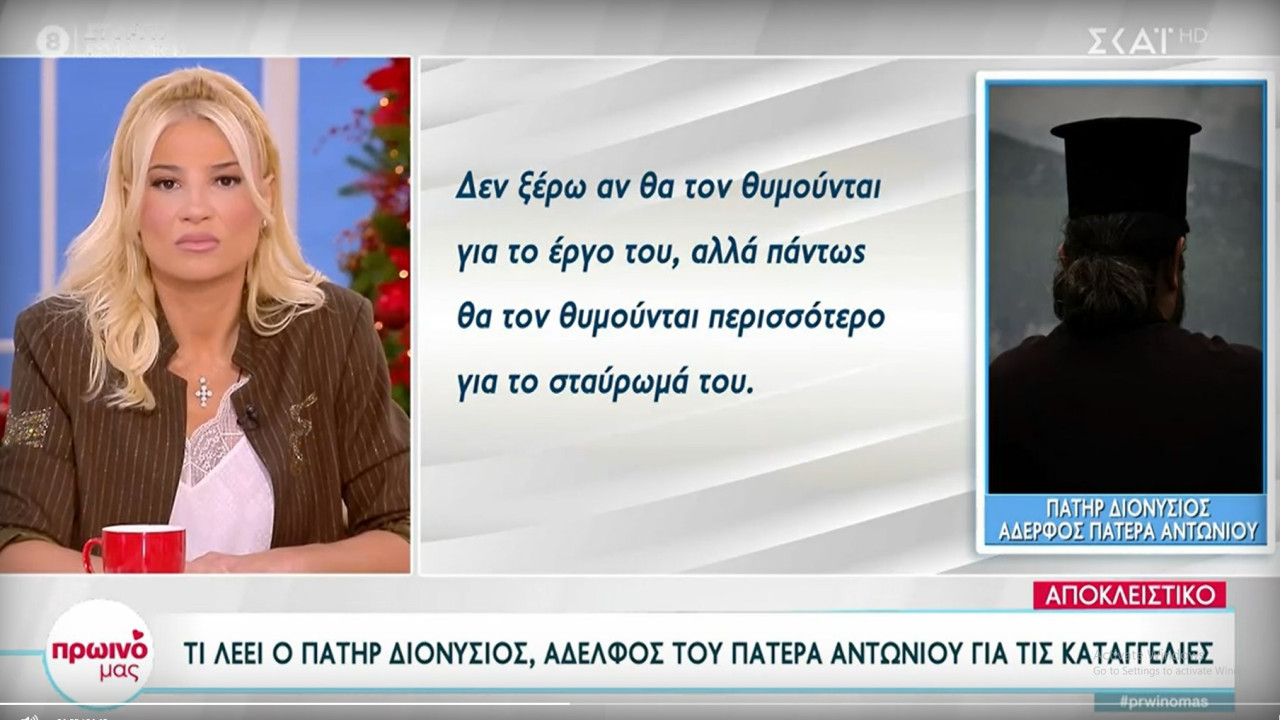 Father Antonio’s brother to SKAI: “The world will not remember him for his work but for his crucifixion”

Father Dionysios, brother of father Antonios, spoke exclusively on the show “Our Breakfast” about all the events that are coming to light about the Ark of the World

In the show “Our Morning” on SKAI, father Dionysios, brother of father Antonios, spoke exclusively about all the events that are coming to light about the Ark of the World.

Father Dionysios, who lives in Chios, is very beloved on the island.

The priest spoke to “Our Breakfast” about what is being heard and declared sure of his brother’s innocence.

“I know my brother, his innocence. He has given his life for this work along with the elder.

Our silence and prayer are stronger than interviews” said father Dionysios, without making any other statement.

In the last few days, Father Antonios and the elder have “disappeared” and only yesterday, through third parties, they rejected the accusations against them.

Facebook
Twitter
Pinterest
WhatsApp
Previous article
Johnny Depp: He is not returning to “Pirates of the Caribbean” – What a shame…
Next article
Ark of the World: A former executive allegedly emptied the NGO’s mailbox secretly