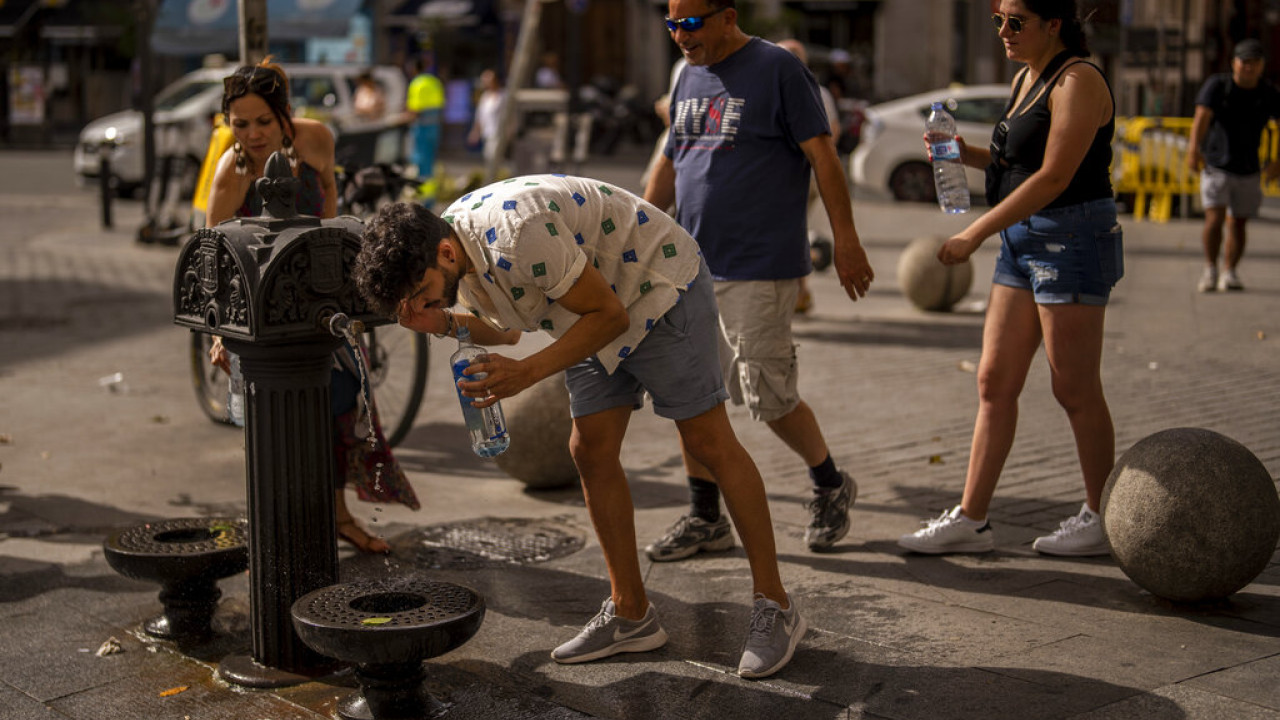 Scientists are sounding the alarm – “We need to adapt to the heat”, experts say – What the official figures say

Over the past 20 years, the world has entered a domino crisis, drastically changing the global landscape with serious consequences at all levels and with no firm forecast for a stable environment in the future. After the financial crisis, humanity faced the pandemic and in between, the energy crisis and the war in Ukraine arose. However, according to analysts, the big crisis has not yet made its appearance. What is the great crisis? THE climate change…

Already, the consequences are enormous, both financially – at a cost of tens of trillions. dollars- as well as – much more – in human lives. The environment on the planet is changing dynamically, with the consequence that weather phenomena are becoming more intense. The human organism, even in so-called Western societies, is unable to adapt accordingly quickly, resulting in thousands of deaths. According to the latest research, in Western Europe alone, this summer, more than 20,000 people lost their lives due to the heat that hit these regions.

Analysis of excess deaths, the difference between the number of deaths that occurred and those expected based on historical trends, reveals the threats posed by global warming caused by climate change, scientists said.

Record temperatures in summer in Europe

Summer heatwaves saw temperatures exceed 40C in London, parts of south-west France hit 42C and Seville and Cordoba in Spain hit a record 44C. The analysis by the World Weather Attribution team of scientists found that such high temperatures would have been “virtually impossible” without the climate crisis.

In England and Wales, 3,271 excess deaths were recorded between June 1 and September 7, according to the Office for National Statistics – 6.2% higher than the five-year average.

The analysis does not specifically count heat-related deaths, but the number of deaths was higher on average for heat season days than non-heat season days. Deaths from Covid-19 were excluded.

In France, there were 10,420 excess deaths reported during the summer months, according to figures released by Santé Publique France, the government health agency.

One in four of those deaths, or 2,816, occurred during one of the three severe heatwaves that hit the country. Excess deaths were 20% higher in areas where red alerts had been issued for extreme temperatures.

In Spain, the state-supported Carlos III Health Institute estimates there were 4,655 heat-related deaths between June and August.

The Robert Koch Institute, Germany’s government health agency, estimates that 4,500 people died in the country during the summer months, mainly due to extreme temperatures.

What the scientists say

Dr Friederike Otto, senior lecturer in climate science at the Grantham Institute for Climate Change and the Environment, Imperial College London, said: “Heat heat is one of the biggest threats posed by climate change. High temperatures are responsible for thousands of deaths worldwide each year, many of which go unreported.

“Despite these overwhelming figures, there is still little public awareness of the dangers posed by extreme temperatures to human health,” he emphasizes, sending a clear message that this “invisible” danger is the greatest for our society.

The summer of 2022 was the hottest on record, according to the EU’s Copernicus climate change agency.

Dr Eunice Lo, a climate change and health researcher at the University of Bristol, said: “Heat heats are becoming more frequent and intense as the globe warms, so we can expect more and hotter heat waves in the future.

“Scientists have linked many past heatwaves to human-caused climate change. This means that the observed heat waves have become more likely to occur or more intense due to human emissions of greenhouse gases,” says Dr. Lo.

Global warming is caused by the burning of fossil fuels, deforestation and other human activities. The International Energy Agency advised last year that no new development of natural gas, oil or coal could take place from this year onwards if the world limited global warming to 1.5 degrees Celsius.

Lo said there is also a need for society to adapt to extreme heat. “We have to adapt to the heat in the long run. This includes designing homes, schools and hospitals that are well ventilated and prevent overheating, increasing green spaces and parks in cities and making heat warnings accessible to all.”

Facebook
Twitter
Pinterest
WhatsApp
Previous article
With Arrascaeta on the bench, Uruguay and Korea star in the fourth 0-0 of the Cup
Next article
Merkel admits: “I did not have the political power to influence Putin before the invasion of Ukraine”

OPECA: The benefits to be paid on Wednesday

Four people were arrested for stealing catalysts in Papagou