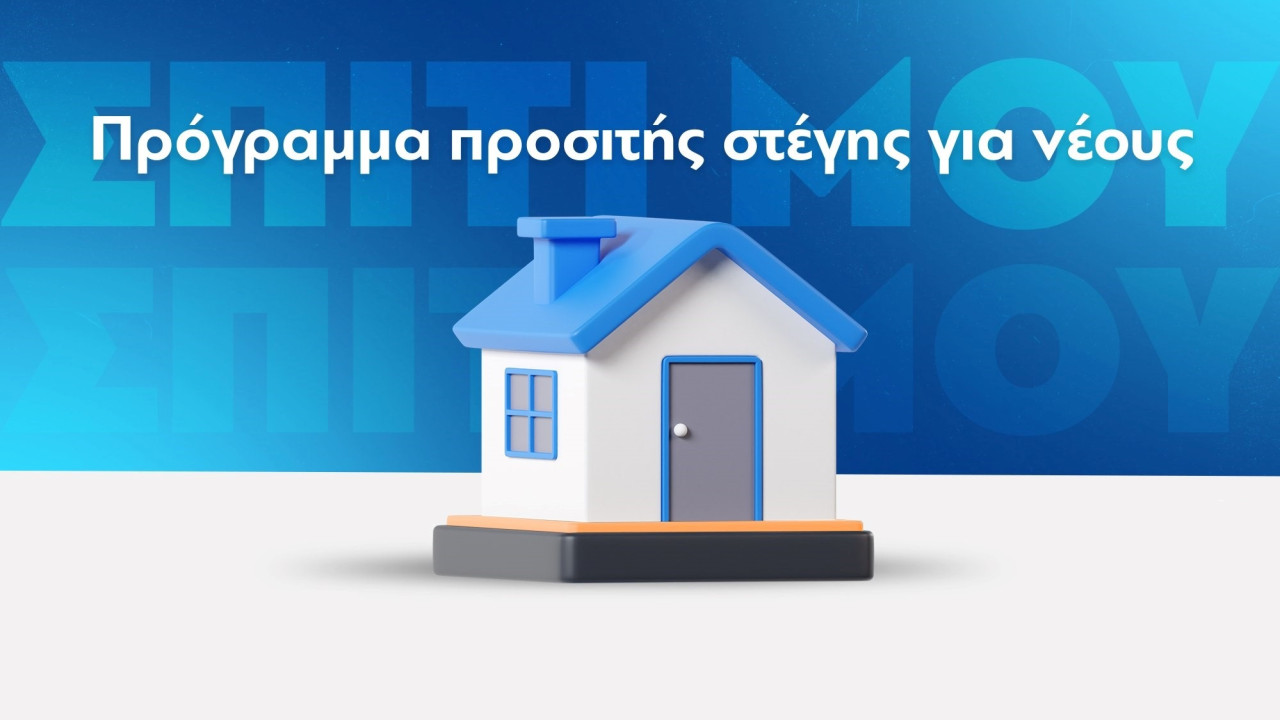 Kyriakos Mitsotakis: State law with express times for the “My Home” project for young people

With his post on Facebook, Kyriakos Mitsotakis referred to the four actions of the “Spiti my” plan that concerns affordable housing for young and more vulnerable citizens.

The Prime Minister stated that the program announced at the TIF, becomes with express times the law of the state and begins.

“Our young people should live better than previous generations, not worse. And it is our duty to stand by them so that they can achieve it.

The ambitious program for affordable housing for the young and most vulnerable citizens that we announced at the TIF becomes, with express times, the law of the state and begins. Thus, the “My House” scheme is officially instituted as a levee against expensive rents and high property prices, especially for couples planning to start their lives together.

First, with low-interest or interest-free bank loans co-financed by 3/4 by the state to 10,000 of our fellow citizens aged 25 to 39. Thanks to the government participation the interest rate will be consistently 75% cheaper than the corresponding commercial rates. A very important help especially in today’s rising interest rate environment. So the beneficiaries will pay for their now own house a monthly installment lower than the rent they would pay for a corresponding apartment.

Secondly, with “Social Compensation”. The exploitation, that is, of hundreds of inactive properties of the State, which will be made available as modern residences with a small regulated rent, to 2,500 beneficiaries aged 18 to 39.

Also, by renting from the state housing that will then house vulnerable young people or young couples for 3 years.

And, finally, the subsidy of up to 10,000 euros to owners of empty-declared closed apartments, up to 100 sq.m. with the aim of being renovated and made available, at a favorable rent, to young people looking for housing.

I remind you that at the same time the consultation was completed and preparations are being made for the launch of the special program “Renovate-Save for young people” which subsidizes the energy upgrade and renovation of houses owned by young people, but which cannot be used due to their age.

Five initiatives, one more bold response of the State to a problem of the time.

Greece is changing. It marches forward and aims high, giving more opportunities and possibilities to the new generation. With stability, consistency and continuity”.