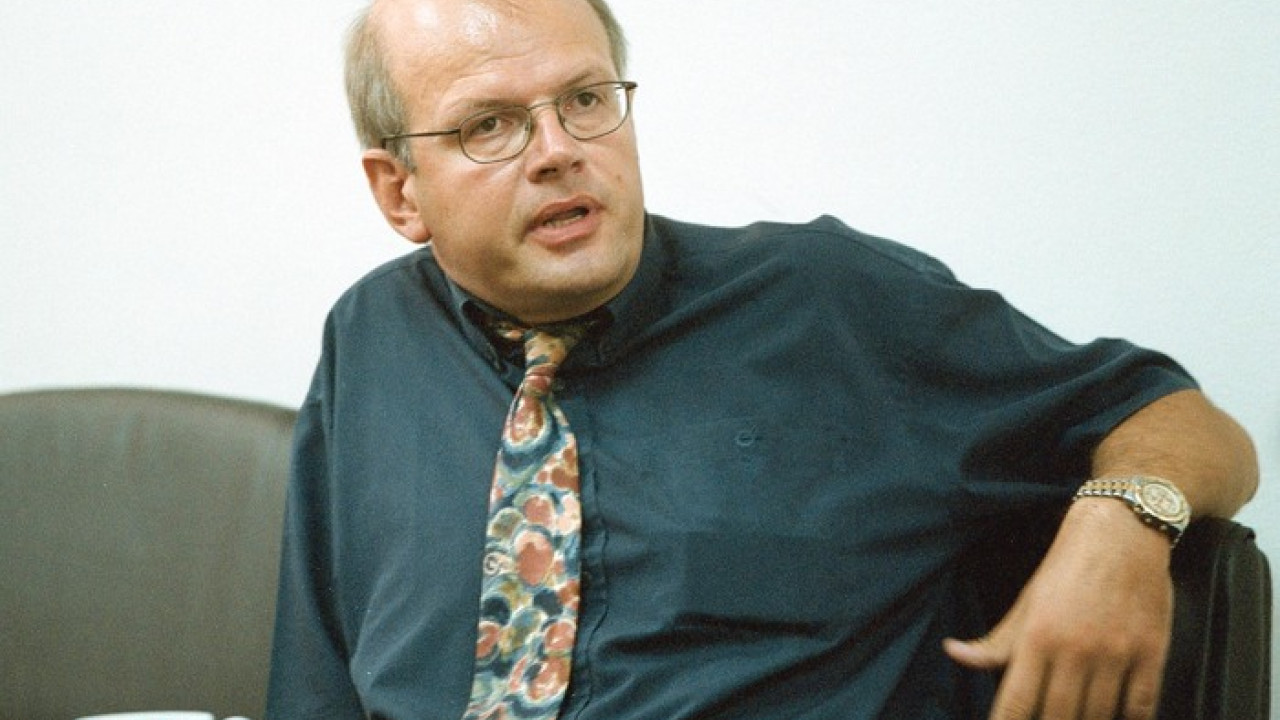 The director of the Geodynamic Institute of Athens, Akis Tselentis, sounded the alarm for the Alkyonides area.

Speaking on the First Program 91.6 and 105.8 and on the show “The GPS of Current Affairs” he characteristically said: “I have really lost sleep with the Alkyonidesbecause it has collected too much seismic energy”.

“At some point it is a fact that there will be an earthquake down there and because the characteristics of the seismic activity over there certainly affect Athens as well, we have installed a very dense network of seismographs in the area, we have even taken with the support of Motor Oil Hellas and we have installed an additional 25 stations. We have also installed radon detection stations. Radon is a gas that comes out before big earthquakes and we think we will see if something is done in time. Anyway Alkyonides is an area of ​​very dangerous earthquakes. The I expect within 5 years that something will happen there and needs a lot of attention” added Mr. Tselentis, while also talking about an earthquake of magnitude 6. “That’s why I’m afraid. At the same time, in addition to seismicity, we monitor other phenomena, we monitor through satellites the ground deformation, which is several centimeters. All these things show that a certain area needs a lot of attention, and especially because when the eastern Corinthian is activated, it will definitely affect Athens as well,” he added.

Explaining further, the director of the Geodynamic Institute of Athens, said that it is one of the few areas in Greece that collects so much energy and because it is close to Athens it needs special interest. “And because she has given us great events in the past, we really look at her with great interest. Of course, we have experienced it with instruments” he emphasized. The region is prepared for such a size, he answered a related question, as he is in constant communication with the mayors of the wider region, while he also holds a series of speeches there on the subject.

As far as Thebes is concerned, Mr. Tselentis, on the one hand, expressed his assessment that it can give a very big event, however he pointed out that a grade of order 5 below Thebes will be disastrous and the reason he explained is that Thebes is a city in which a lot of excavations have been done, the areas have been filled with rubble, apartment buildings have been built on top of rubble, therefore even a small earthquake can affect the city and cause significant damage. “There are areas in the city where we have schools that are very old. This thing needs attention. Of course, we have a phenomenon of microseismic imprinting going on there now, where we are also looking at the microseismicity beyond. However, this risk analysis that I hear about 6 Richter and 6.5 and 7 is not valid”, Mr. Tselentis concluded.

About the earthquake in Evia

“The earthquake occurred in an area that was not used to such events,” he noted, as it was an area that did not experience such earthquakes. “What is certain is that we will also have a rich post-seismic sequence, maybe even with events of class 4, which can last another week, so the world must take into account the well-known personal precautions” added the Mr. Tselentis.

When asked if there could be a larger earthquake in the next period, Mr. Tselentis said that from the data collected by the Geodynamics so far, this does not seem likely. “Of course Greece is full of cracks. However, my assessment and that of my colleagues here is that it was probably the main event with a very high probability” he added.

In addition, Mr. Tselentis estimated that this earthquake cannot activate other faults, due to its small size, since as he explained, this phenomenon usually occurs when we have earthquakes above 6 degrees, while for earthquakes of the order of 4.5 there is no such possibility.