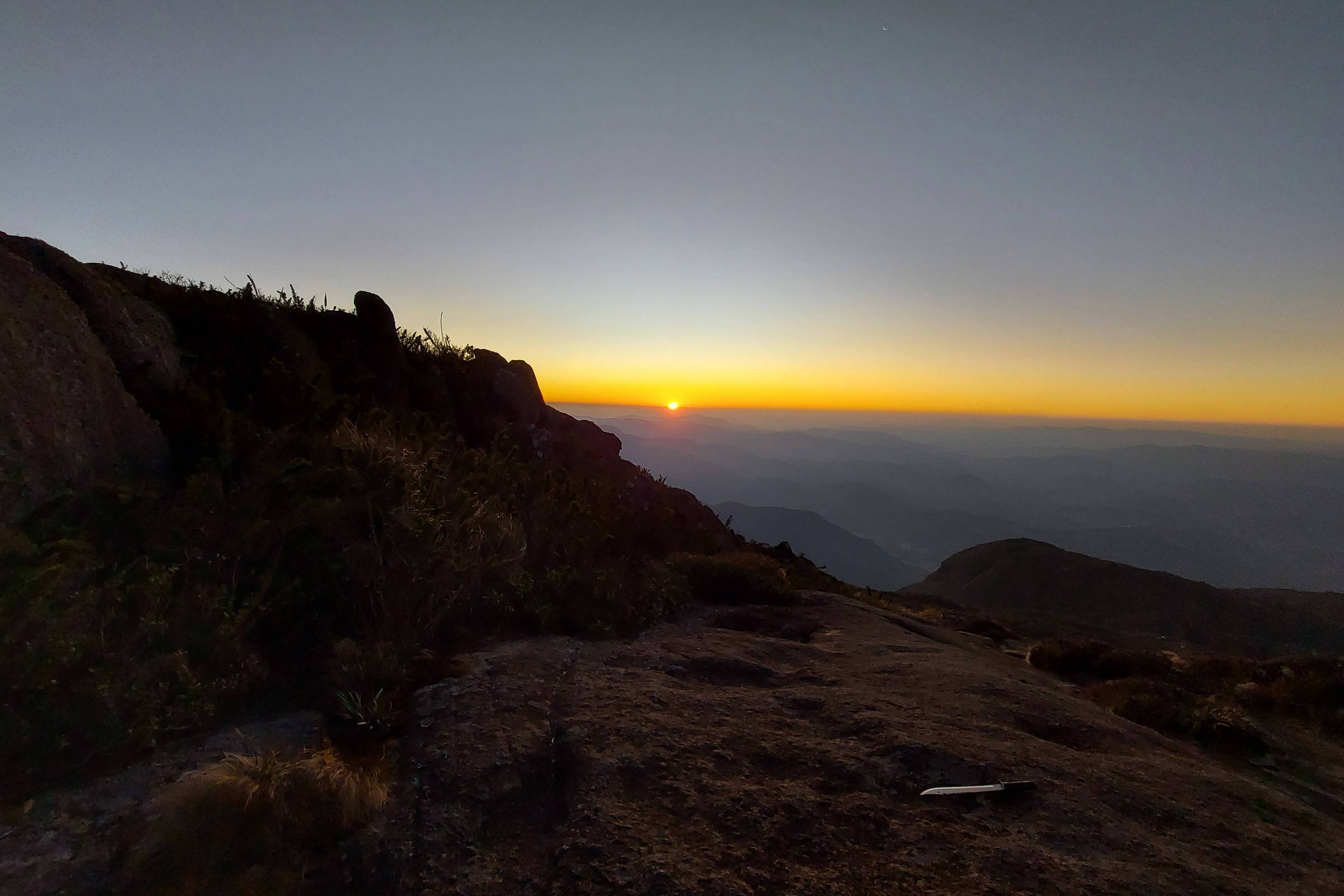 Scout disappearance, death of foreigner and group of lost travelers are news that could drive away any interested tourist spot.

The effect, however, seems to be the opposite when it comes to Pico dos Marins, a mountain located in the Serra da Mantiqueira, in Piquete (705 km from São Paulo), which recently gained prominence again with the launch of the podcast “Pico dos Marins: The Case of Scout Marco Aurélio”.

The program tells the story of young scout Marco Aurélio, 15 years old, who climbed the mountain with a group in 1985 and was never seen again. Marco was chosen to go down the trail alone and get help after one of the scouts injured his knee and had to be carried.

The case remains unsolved in these nearly four decades. In 2021, the police decided to reopen the investigation, after the father of the missing young man gathered evidence that his son could be buried in the land of a farm at the foot of the mountain.

Administrator of the sites Acampamento Base Marins and Pico dos Marins, he has been a guide in the Mantiqueira region for 18 years, and for seven of them he lived near Pico dos Marins.

“I’m sure that this reopening of the inquiry and the podcast helped to increase interest in the place. My website in this low season has between 10,000 and 12,000 hits, but I saw that now it has more than 17,000. There are a lot of people alone curious, but also a lot of people wanting to know the mountain”, says the guide.

And, with the increase in demand, the guides’ concern for the safety of those who want to venture into the mountain has also increased, which has already been the scene of other incidents.

In 2018, Frenchman Gilbert Eric Welterlin died while climbing alone on the site. And, in early 2022, a group of 32 tourists led by coach Pablo Marçal got lost and had to be rescued.

The peak of Pico dos Marins is 2,420 meters above sea level. It is necessary to be physically and psychologically prepared to face the challenges and enjoy the beautiful view that enchants mountaineers.

The peak is basically composed of Neoproterozoic rocks (formed by the consolidation of magma in depth around 600 million years ago), according to Patrícia Duffles, geologist, professor at UFRRJ (Rural Federal University of Rio de Janeiro), and author of a study on the site called “Marins Granite”.

Tour guide Anderson Sotero da Mota Dias, 38, owner of the Desbravadores Trips agency, which has been operating in the region for six years, says he has witnessed tourists who, even with physical fitness, made mistakes, as well as “unsuspecting” visitors who “stuck” before climbing the rocks.

“There are many people who climb anyway, without equipment, with inadequate food and who are afraid of the walls, because they did not seek information before going on the trail. The mountain is in a mess with all this repercussion. There are a lot of curious and curious people. this increases the risks”, he warns.

Accountant Bruno Larucci Saito, 39 years old, resident of São Paulo, has been hiking for four years. Last July, he decided to visit Pico dos Marins after researching the place on websites and travel agencies. Even used to this type of tour, Saito says he was suffocated.

“I had a great experience, but the trail of about six hours is very challenging. I felt a sense of victory when I reached the peak, but I was exhausted. There were parts that we had to climb the mountain”, he recalls.

“I felt very cold during the night. The tent froze outside. I could have taken more shirt and blanket, I didn’t take enough food. People shared the food with me.”

Overall, the ride was worth it, says the hiker. “The weather was clear. I had never seen so many stars and the Milky Way. The sunrise and sunset are magical. As there is no internet signal, I had a great interaction with the people who camped at the peak.”

And anyone who thinks that the challenges narrated by guides and climbers are an obstacle for children is wrong. According to guides interviewed by Sheetit is very common for little ones to accompany their parents on this adventure, and to be more willing and enthusiastic than many adults.

Between April and August (period of less rain)

8h to go up and down. It is possible to camp and sleep on the mountain, or to stay in Piquete or Marmelópolis for a “round trip” to the peak.

Continuous use medication (notify someone in the group)

Snack with sausages, cheese or tubers (avoid mayonnaise and other products that could spoil)

Hire a guide (for a round trip, the average price is BRL 900)

It is essential that those responsible have experience in natural environments

Have a backpack handy

Go without any physical preparation