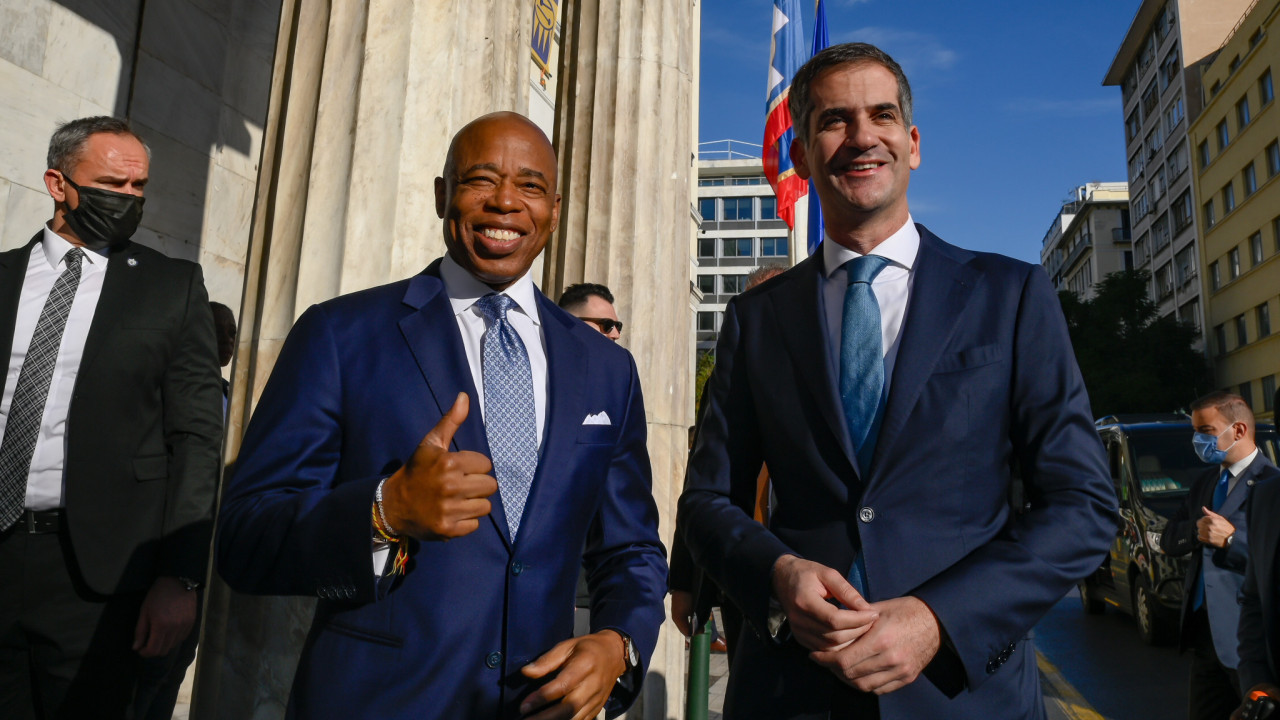 The meeting of the mayor of Athens, Kostas Bakoyannis, with the mayor of New York, Eric Adams, at the mayor’s office in Athens, began in the morning with the demonstration of the digital board regarding the processing of the requests of the citizens of the capital.

Afterwards, the two mayors, in a particularly cordial atmosphere, signed the Twinning Pact between Athens and New York.

Mr. Bakoyiannis pointed out, among other things, in his greeting that the two cities, although separated by the ocean, are united by the common goal of democracy and the elimination of inequalities.

“From the Parthenon to the Statue of Liberty and from Astoria to Koukaki, we are proud to give the tens of thousands of Greeks in New York the opportunity to see the two capitals of their heart come even closer,” he emphasized.

For his part, Mr. Adams emphasized that New York is the Athens of America because both cities believe in the values ​​of democracy, in the elimination of social inequalities and in the protection of the environment with the aim of a better quality of life for the residents. The goal should be for the two cities to work together to solve the same problems, to become model cities around the globe, as the mayor of New York noted.

Mr. Adams is in Athens as part of the World Summit of Mayors Against Anti-Semitism co-organized by the City of Athens, the Combat Antisemitism Movement (CAM) and the Center for Jewish Impact, in collaboration with the Jewish Federations of North America.

Facebook
Twitter
Pinterest
WhatsApp
Previous article
The World Is a Ball: Polish goalkeeper bets 100 pounds with Messi, loses and defaults on the Argentine
Next article
The red mailboxes of ELTA are waiting for the letters to Santa Claus again this year