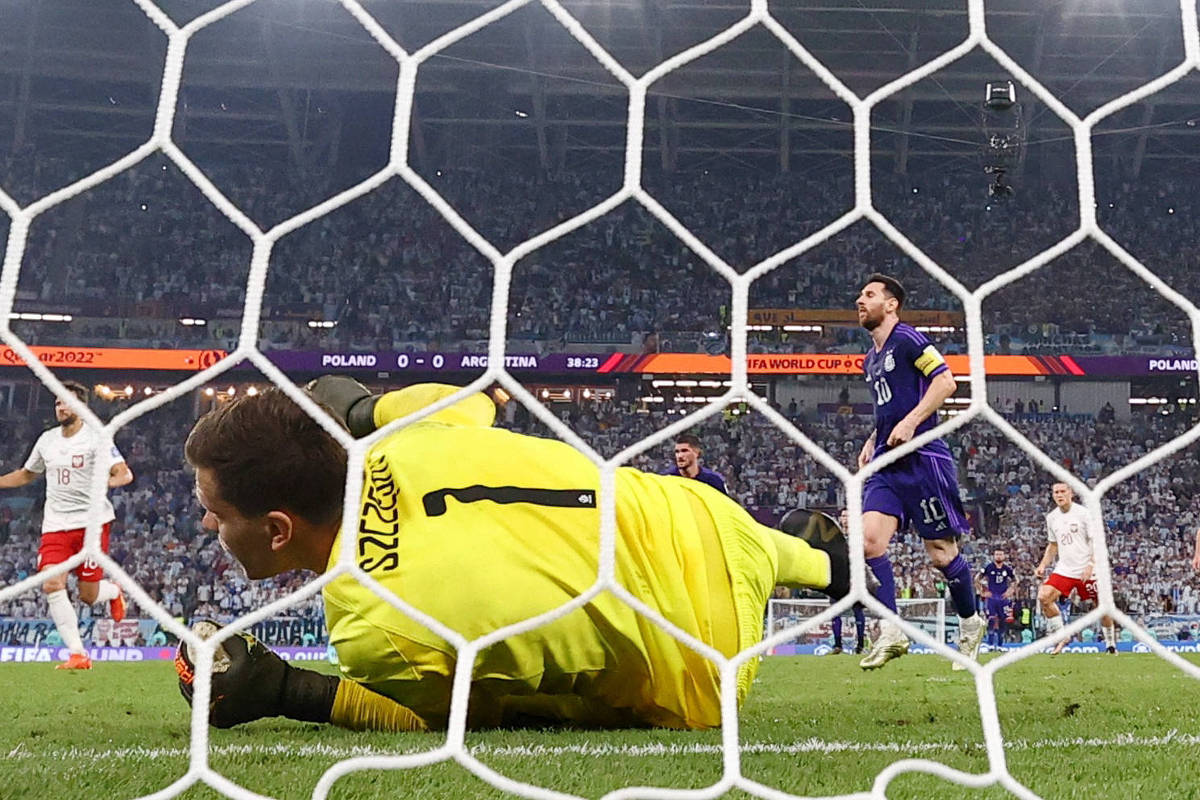 In an unusual attitude, possibly unprecedented in football, goalkeeper Wojciech Szczesny bet 100 pounds (R$ 626) with Messi during the match between Poland and Argentina in the Qatar Cup.

The bet took place after the play, at 35min of the first half, in which, after crossing Argentina in the Polish area, Szczesny went ahead to intercept the ball, which passed by him and reached the number 10, who headed it out.

Unintentionally, Szczesny, jumping with his left arm outstretched, hit Messi in the face with his hand. Struck, the Argentine star was sprawled on the ground, with pain in his face.

However, the VAR (assistant video referee), Pol van Boekel, saw the irregularity and called the compatriot to review the bid on the monitor by the lawn of stadium 974, in Doha.

As Makkelie walked away to check, Szczesny approached Messi, who was recovering from the incident, and challenged the striker.

“We talked before the penalty and I said I would bet £100 on him [árbitro] would not give [o pênalti]”, said the Pole to TV2, after the match.

Messi accepted. And won. Makkelie pointed to the whitewash mark, and the cameras broadcasting the match showed a surprised and stunned Szczesny at the decision.

At 38min, Messi hit hard, but the number 1 guessed the corner and palmed it with his right hand. Szczesny had already saved a penalty, taken by Al Dawsari, in the Polish victory (2-0) against Saudi Arabia.

“I lost the bet against Messi”, resigned the goalkeeper in the interview to Danish TV, afraid that his act –a bet on the pitch– would be punishable by FIFA.

“I don’t know if this is allowed at the World Cup. I’ll probably be suspended! But I won’t pay him either [Messi]🇧🇷 He won’t miss a hundred pounds, I think he has [dinheiro] enough,” he said, determined to default on the Argentine star.

Even saving the penalty and being the best in a Poland that was dominated by Argentina, Szczesny, who made ten saves in the match, did not prevent two balls from ending up in the net.

With the 2 to 0, the Argentines finished Group C in first place and will duel on Saturday (3), at 4 pm (Brasília time), against Australia, at the Ahmad bin Ali stadium, in Al Rayyan.

Ahead of Mexico on goal difference, Poland qualified second in the group and will face the powerful France, current world champions, in the round of 16 on Sunday (4), at the Al Thumama stadium, in Doha, at 12h ( from Brasilia).