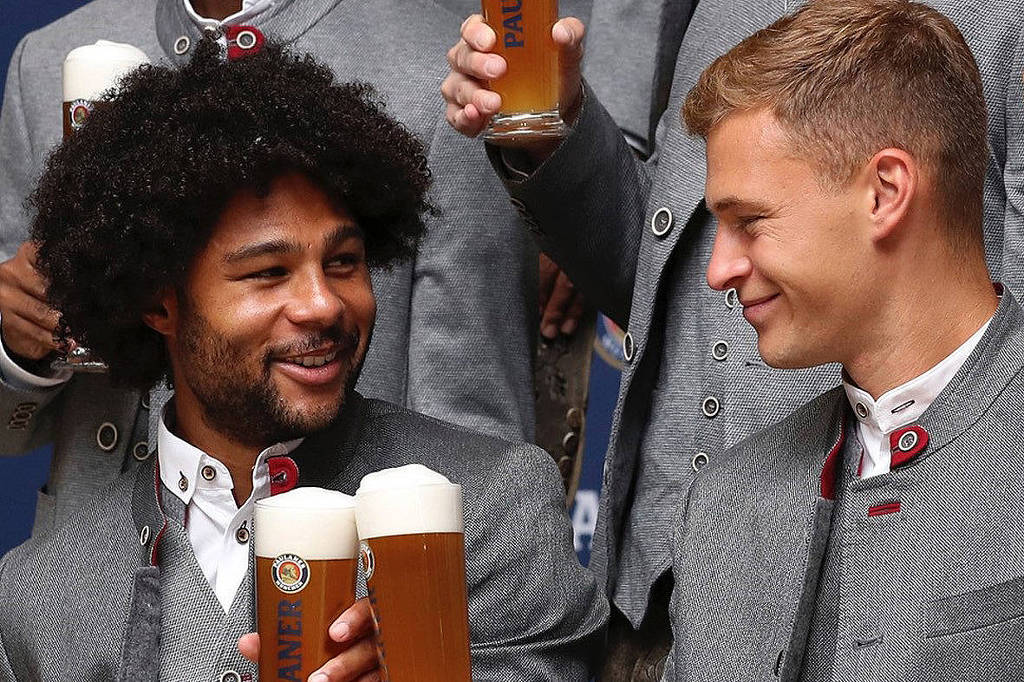 It’s not because Germany was eliminated in the first phase again (7-1 curse) or because Belgium is already out that the Cup needs to be without Germans and Belgians.

In the brewing world, German and Belgian schools are among the top in the world. Incidentally, if it were a World Cup of beers, the two would probably compete for the title.

So, it doesn’t matter if you want to support a selection, dry a selection or just drown your sorrows for a Belgian generation, beers from these two countries are always a good choice, from better known labels to more elaborate styles. Below, three suggestions from each country, as quick as a Japanese or Moroccan counterattack.

There are several styles of this traditional German brewery, but we are going to indicate Salvator here, after all, Germany needs salvation. Salvator is a doppelbock, intense like Neuer, reddish and with pronounced malts, distributed in its 7.9% alcohol.

Okay, Avós is Brazilian, but it’s like a naturalized hint. Omi is part of a series of world beers, which pay homage to different countries. In this case, it’s a gose, traditional German style, with a salty edge, like an early kill that soon passes.

Seven years after the 7 to 1, this German beer landed on Brazilian soil, courtesy of Ambev. It is an easy drinking munich helles beer with 5.2% alcohol and slightly pronounced hops. It is one of Munich’s original Oktoberfest beers (like Paulaner). If it was being served in the Cup, it would even be possible to smile with the elimination.

The main witbier in the world is Belgian. Refreshing, it is known as white beer, based on wheat, orange peel and coriander seeds in the formula. Extremely refreshing, with 4.9% alcohol and ideal for hangovers from midday game defeats.

Trappist beers are among the most desired in the world. And Japan and Morocco may have places in the round of 16, but they don’t have any Trappists. The Belgians have six! Among them is Chimay with its variations in the genre. Chimay Blue is a darker, full-bodied Trappist with a caramel aroma, low bitterness and 9% alcohol. To forget locker room fights.

Another classic beer, and more famous than the Belgian generation, is the delicious Duvel. A Belgian strong ale stronger than Lukaku, with 8.5% alcohol, balanced, with citrus aromas, very faithful to the style. A beauty in the first or second half.

Facebook
Twitter
Pinterest
WhatsApp
Previous article
Germany need to get back to basics, says coach Hansi Flick
Next article
Nelson de Sá: From Brazil to the Arabias, Xi Jinping returns to business around the world