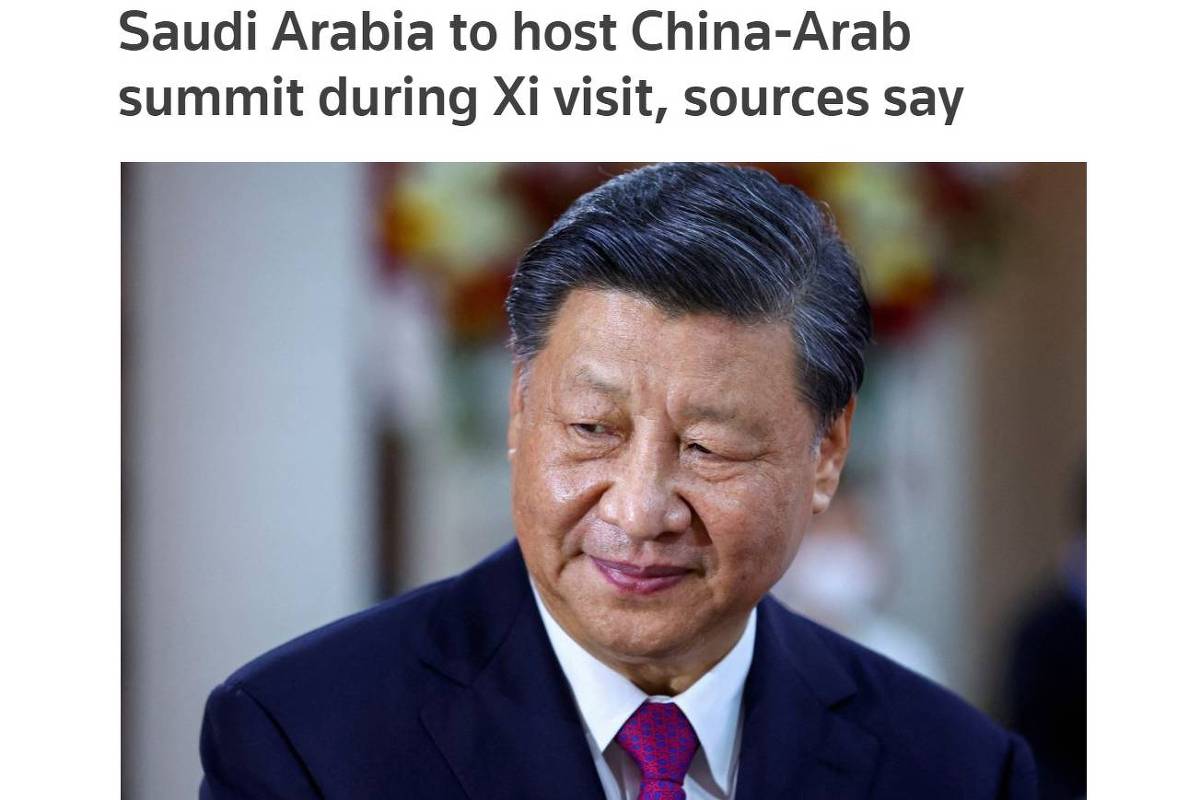 In the title of the Reuters dispatch, “Brazil registers record trade surplus driven by sales to China”. It was the best result for November since the survey began three decades ago, with a 35.6% jump in exports to the country compared to a year earlier.

The agency underlines that it is the start month for shipments of Brazilian maize, approved by Beijing shortly after the election.

The same Reuters reported the convening of the “China-Arab summit” (above) in a week’s time, in the Saudi capital, Riyadh. With Xi in attendance, it is expected to bring together Arab rulers from the Middle East and Africa. “The signing of dozens of agreements covering energy, security and investments is expected”.

Although without commercial results, Renmin Ribao reported with Xinhua on the visit to Beijing of the President of the European Council, Charles Michelin the wake of German Prime Minister Olaf Scholz.

Xi said he hoped “the European Union will provide Chinese companies with a fair business environment” and “opposes all forms of ‘new cold war'”. Michel said the EU “is willing to continue moving forward on the investment deal” with China.

In this direction, in the Financial Times, the Minister of Economy of the Netherlands “defends trade ties with China” and “signals that she will not undermine the relationship despite the US pressure against exports”, especially Dutch, of chips.

The EU, she says, “has to have its own strategy” in dealing with Beijing, which “is really giving Europe a fundamental boost in innovation and trade.”

The shadow of a Europe-US “trade war”, which was being raised by the Politico website, reached the headlines of French and American newspapers earlier in the day, with the meeting between Emmanuel Macron and Joe Biden.

In Le Monde, “Macron launches offensive in the name of Europe”, against the protectionism of new American legislation. In the New York Times, “Biden and Macron confront their differences over subsidies.”

End of the day and, in a call without greater prominence in the Wall Street Journal, “Biden says he is open to ‘tweaks’ in subsidies that have angered US allies.” In the text, “but did not commit to anything specific”.

In mourning, the cover of the Communist Party’s Renmin Ribao or People’s Daily avoided the color red by headline “Jiang Zemin Live Forever” above.

And on CCTV newscast below, Xi Jinping and other leaders bow as they receive the body on the runway at Beijing airport.

Facebook
Twitter
Pinterest
WhatsApp
Previous article
Opinion – Full Glass: Out of the Cup? Check out good suggestions for German and Belgian beers
Next article
Ecuador: Prison director is murdered on a street in the capital