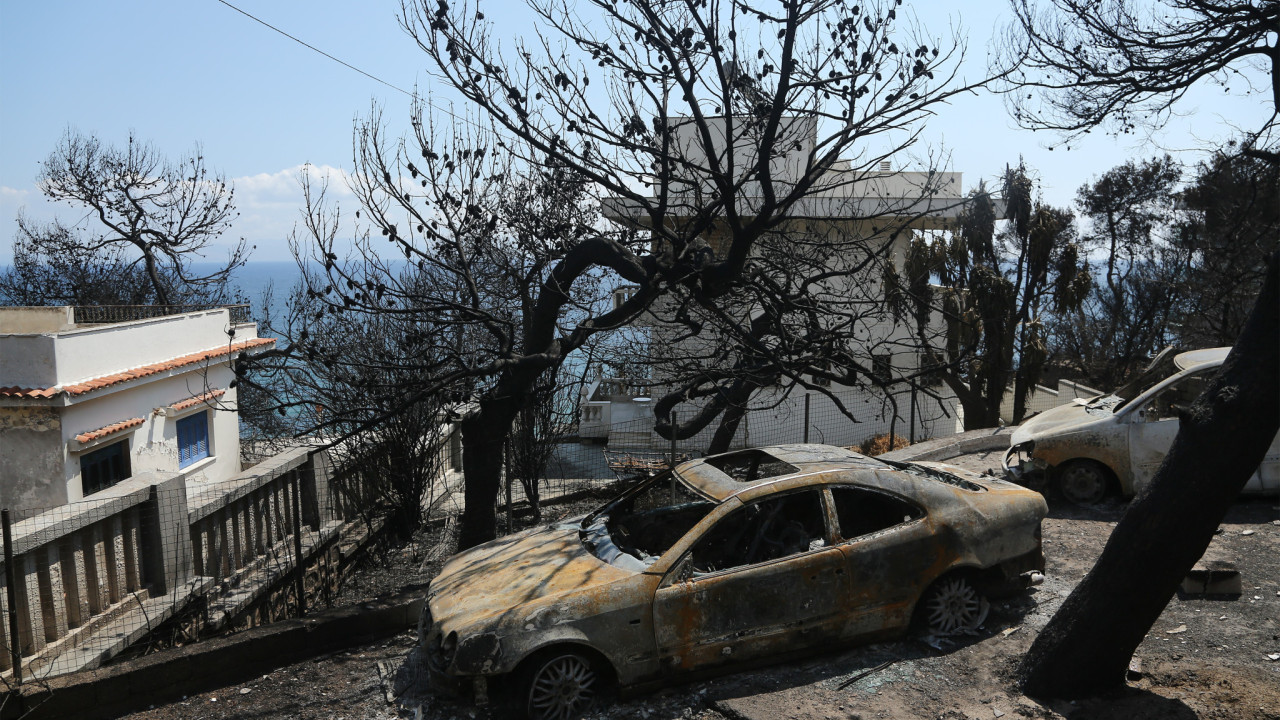 Trial for the Eye – Shocking burn testimony: “I heard people screaming. Someone tells me, girl, you’re on fire…

The trial began today with the shocking testimony of Ioanna Petala, who burned herself and lost her parents in the deadly fire – The “Apocalypse” scenes she described shocked the audience.

With the shocking testimony of a woman who survived with severe burns and lives her physical and mental torture, Ioanna Petala, who lost her parents in the deadly fire, the trial for Mati began today at the Three-member Misdemeanor Court of Athens. The scenes described by the witness to the “Apocalypse” scene she experienced when she herself burst into flames shocked the audience.

“That day around 5.30pm I heard on TV about the fire at Dow. Ten minutes later the power went out and the whole neighborhood came out. There was something strange in the atmosphere, the wind strong. We said to stay at home. As I was closing the last shutter I hear my mom screaming. They had torched some branches. My mom grabbed her bag and I grabbed the keys and we left for Pericles. As we were leaving, a neighbor got into her car and we went with her. We were forced to leave down left. The fire pursued us from the left and rear. When we stopped I saw that the fire was very close. I tell them, get out, we’ll burn. Very thick black smoke fell,” the witness described.

Arriving at the controversial moments, when the fire finally caught up with them, she clearly charged: “I fell down, I lost my glasses. I turned back and saw fiery flakes. Instinctively I headed towards the sea. I could hear people screaming. A young man was passing by in only his boxers and a mother with a fainting or dead child…Someone tells me, girls, you’re on fire. I had caught fire from behind. I reached the sea and fell right in. Everything was burning from above. He had outbursts. I sat next to a family. At one point I was cold. I remember being in the sea with my arms outstretched and pulling out my flesh. I went out and went back in because I dried up and was dying of pain.”

As she described, she could hear people around her trying to get help, with no response. “At some point someone talked to one of their own. “We’re all on the beach, alert someone to save us.” At one point I heard the voice of someone I know. I asked for help because I couldn’t even speak. I heard the neighbor’s voice on the beach. I tell her where my mother is. He tells me he’s fine. I tried to find her.
At one point a boat came, I fainted. We arrived in Rafina. At one point they took me to Thriasio, after a while they took me to GNA, I stayed for 54 days. I have burns on my arms, back, buttocks and legs. I had a pulmonary embolism, I had complications. I was in ICU for 8 days. They had said that I would not escape. I couldn’t walk. My burns still hurt in the heat. I can’t function properly. Not a day goes by that I don’t think about what I’ve lived through.”

The witness, who is still suffering from what the fire left in her body, also described what I learned happened to her mother and father after the family was separated.

“My mother was on the pavement, down on her knees, so burnt she had no hair. She was naked, hairless and screaming. They brought her a tablecloth from the tavern. I know from a gentleman who was with her that she was alive for 5-6 hours. As soon as he reached Rafina he died. My father was charred to death near the car. He didn’t manage to go far” he said and burst out about the lack of authority on the part of the authorities.

“No one informed us. There was a perception in Mati that if something dangerous happened the bells rang. If someone had notified us even ten minutes earlier…it would have been downhill. My people would live,” concluded the witness.

“I was notified by the Thessaloniki fire department”

When she was now informed that her sister was hospitalized, she asked to speak to her. “They told me ‘you can’t, her hands are burnt.’ You understand the shock. I went to see her and the Chamber smelled of burning flesh. There were 3 others along with my sister” explained the witness who then described that she alone called to identify her dead parents. “I had no information. I called and told them “I think that in those bags you have, I have two dead people inside”.