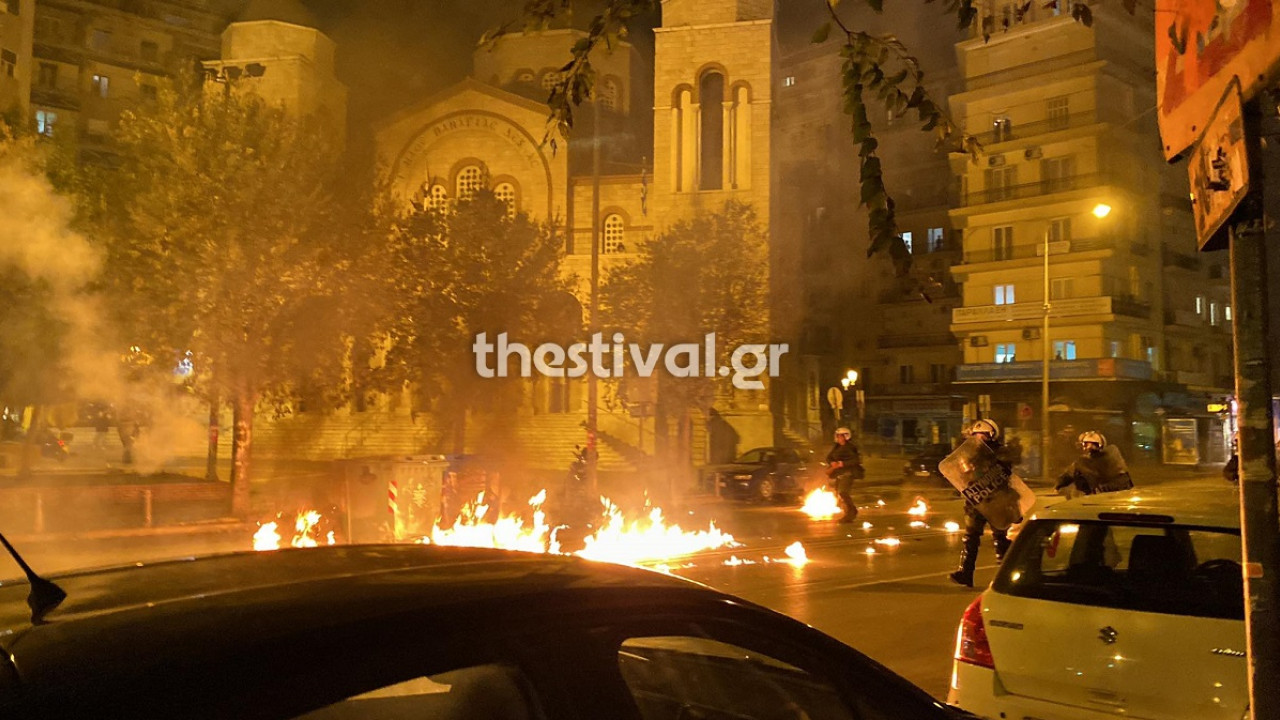 The Police made six arrests after the widespread incidents in the center of Thessaloniki.

The incidents started from Kamaras Square where anti-authoritarians who had gathered to demonstrate for the 16-year-old who was shot by a police officer in the early hours of Monday.

People from the anti-authoritarian space threw Molotov cocktails and stones at the police forces, with the MAT forces responding by using stun grenades and chemicals. At the same time, they set fire to bins.

As a result of the incidents, dozens of shops both on Tsimiski Street and on the pedestrian street of Agia Sophia suffered major damages with broken glass panes in the central windows, according to grtimes.gr.

Those shopkeepers who noticed the tension that prevailed throughout the march caught up and lowered their shutters, but those who didn’t make it are still trying to collect the fragments from the shop windows left behind by the passage of the march.

At the same time, police forces are combing the entire area of ​​the center in order to identify possible suspects who participated in the incidents.

At the same time, the people who had gathered outside the Hippocrates hospital, to protest the shooting of the 16-year-old Roma, left at nine in the evening. Men from the fire brigade with a service vehicle put out the fires in the waste bins and the traffic of vehicles on Konstantinoupoleos Street began to be restored gradually after half past nine.

Facebook
Twitter
Pinterest
WhatsApp
Previous article
With an immigrant majority, Morocco seeks against Spain to exorcise ghost of 1986
Next article
At least 272 dead from bloodshed in North Kivu, Congo