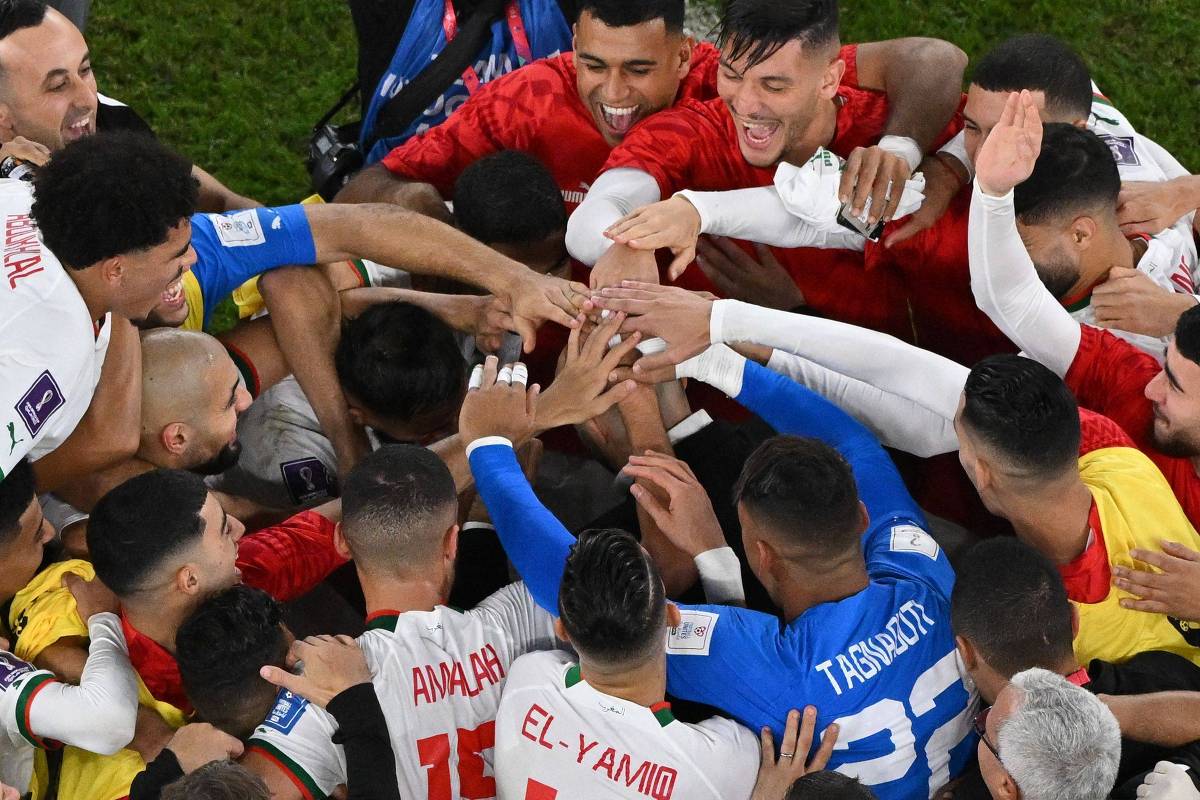 With an immigrant majority, Morocco seeks against Spain to exorcise ghost of 1986

The last time it reached the World Cup knockout stage, Morocco had its heart broken by football. After defeating Portugal in the group stage in 1986, in Mexico, the team not only faced Germany in the Round of 16, but dominated them for 88 minutes.

Until Lothar Matthäus hit a free kick to set the score from 1 to 0. Since then, the African team has participated in the tournaments in 1994, 1998 and 2018, without managing to leave the group stage.

“It won’t happen again. We want to make people happy. It’s the perfect moment to make them feel proud of us. We’re going to kill ourselves on the field for the people of Morocco,” said goalkeeper Munir El Kajoui.

The team came close to qualifying in 1998 and would have advanced to the knockout stage had Norway not turned the score around on Brazil in stoppage time.

This Tuesday (5th), Morocco is trying for an unprecedented spot in the quarterfinals of the World Cup against Spain, at 12:00 (Brasília time), at the Cidade da Educação stadium.

The goalkeeper’s statement is a feeling of gratitude. The Moroccans present in Qatar form one of the most vibrant supporters of the competition. In the second round, in the 2-0 victory over Belgium, they took over the Al Thumama stadium.

The identification happens despite the fact that more than half of the cast was not born in the country. Of the 26 called up by coach Walid Regragui, 14 were born outside Morocco, in six different countries. It is the highest number among the 32 World Cup teams. Two of them are from Spain, this Tuesday’s rival, defender Achraf Hakimi and goalkeeper Munir El Kajoui.

The group also has three athletes from France, four from the Netherlands, three from Belgium, one from Italy and one from Canada.

Of the 832 athletes enrolled in the Qatar Cup, 16% (137) were born in countries other than the national team they represent.

This has caused more controversy in the past. Jean-Marie Le Pen, 94, leader of the French extreme right at the end of the last century, asked the country’s population not to celebrate the 1998 world title because the team was made up of children of people born in former French colonies.

It was the case of the team’s star, Zinédine Zidane, of Algerian descent.

They would not be French, according to Le Pen.

When France won the trophy, more than a million people flocked to the Champs-Élysées, the main avenue in Paris, to celebrate the victory. It was the largest gathering of people in the country since the liberation of the city by Allied troops in World War II in 1944.

“You have a duty to that country that is in your heart,” said Regragui, when asked about the number of players with Moroccan ancestry but who were born in other countries.

It is not a new phenomenon in other FIFA tournaments. The 2018 champion France was also made up of children of immigrants.

“I told the other players before the World Cup ‘we’re only playing finals here’. We’ve played three finals in the group stage and now it will be our fourth final,” said El Kajoui, 33, born in Melilla, the autonomous city of Spain in North Africa, on the border with Morocco.

The emotional factor and the possibility of the majority in the stadium being Moroccans worry the Moroccan coach. He believes his players need to be cool when facing one of the “best teams in the world” at a moment that will be historic for football in the country.

“We haven’t reached this level for 36 years, so me and my staff need to manage the emotions of the players. It’s the biggest game in our history, but I hope the next one will be even bigger. Our predecessors can’t repeat the match against Germany , already the match against Spain is before us. I will tell the guys to seize the moment and have fun while millions of Moroccans will be watching.”