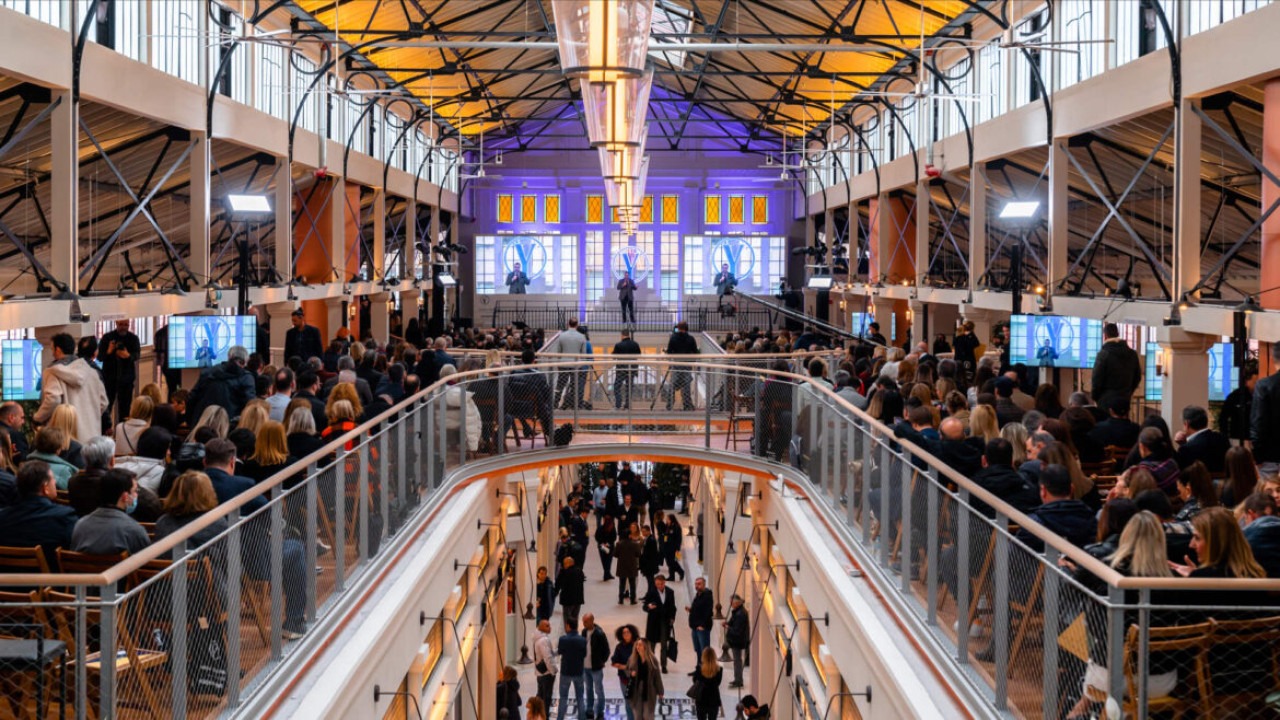 The award took place on Sunday, December 4th at the emblematic Agora Modiano – a landmark and tasteful point of reference of Thessaloniki – which opened its doors especially for Gastronomos, before even officially opening them to the public, completely renovated and more beautiful than ever

“Gastronomos” and “Kathimerini” celebrated this year’s “15th Quality Awards” with a big event and a glamorous celebration, with extroversion, glitter and formality and an important first: For the first time this year the Awards were held outside the home, specifically in Thessaloniki , the only Greek city of the Unesco Creative Cities of Gastronomy Network.

The award took place on Sunday, December 4th at the emblematic Agora Modiano – a landmark and tasteful point of reference of Thessaloniki – which opened its doors especially for Gastronomos, before even officially opening them to the public, completely renovated and more beautiful than ever.

This year, the institution of the Awards carried a special emotional weight. Due to the 100th anniversary of the Asia Minor Disaster, at the end of the year, instead of another commemorative event, Gastronomos dedicated the Quality Awards to Asia Minor Hellenism and honored Asia Minor producers and businesses from all over Greece.

After the award, there was a celebration inside the Agora with some of the most important Greek chefs preparing Asia Minor meze for the public, among them Sotiris Evangelou, Asterios Koustoudis, Lefteris Lazarou, Christoforos Peskias and Nena Ismirnoglou. The guests had the opportunity to browse and discover the delicious corners and shops of the Agora, to try the delicacies of the chefs and the products of the award-winning producers. Lidl Greece by Nenas Ismirnoglou offered no food waste mezes, made from the rest of the ingredients of the other chefs, while Sakis Venetis, Giorgos Vagionas and Vangelis Aloupis served ravani, halva mousse and ekmek tsoureki.

Regarding the awards, the Honorary Award was given to Soula Bozi. Through her work and exemplary research, the Politissa researcher and writer has been capturing for decades the sociological, folklore and culinary parameters of the Greek culture of Polis and Asia Minor.

Bee Naturalles honey, which among other things produces anise-fennel honey, one of the rarest aromatic organic honeys in Greece, was given the Honey Production Award. The Special Award was awarded collectively to 6 sweetbread factories of Syros, while the Spirit Production Award went to Ouzo Veto of Spentza Distillery of Lesvos.

The Mokka Coffee Roastery won the Coffee Production Award, while the historic dry fruit processing and selling shop “O Iraklis” was awarded the Shop Award. The Innovation Award was given to Kefir “Hygieia” from Drimos Thessaloniki, in Xanthi and the famous “Papaparaskea” won the Confectionery Award and this year’s Halva Production Award, belongs to the Eleftheriou family and the eponymous halva factory.

We thank our distinguished guests, the Municipality of Thessaloniki and Agora Modiano for their hospitality as well as the Hellenic Red Cross for providing their mobile unit for the event.

Finally, we thank the volunteers of IEK Thessaloniki – Ministry of Tourism and IEK Akmi for their valuable contribution.

Facebook
Twitter
Pinterest
WhatsApp
Previous article
Georgia runoff today – The most expensive election campaign in the US
Next article
Pensions: Earlier the payment of January’s main and auxiliary pensions