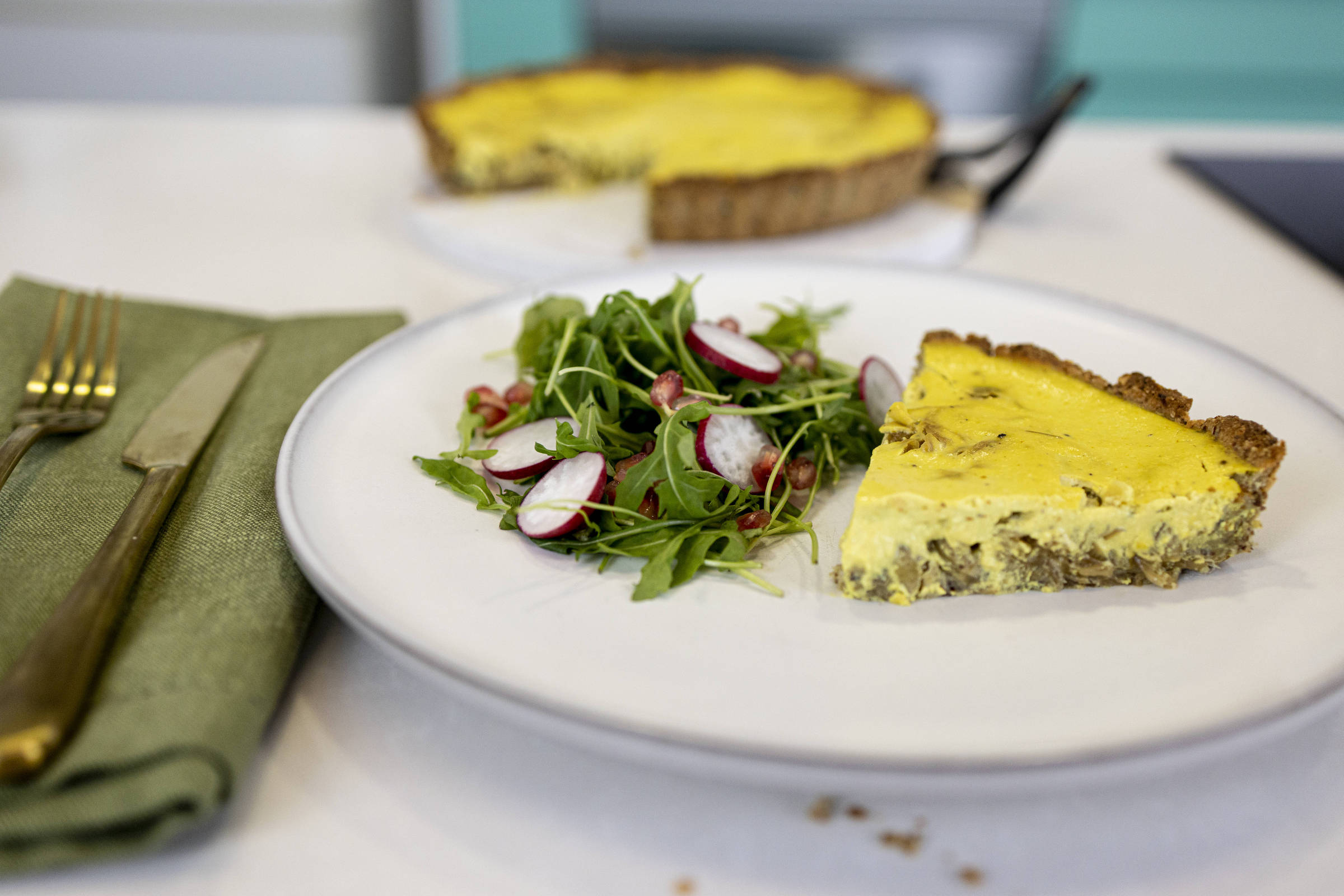 Every family has someone who doesn’t like raisins or ham. Peach in syrup in salty food, so no way.

Not every family has a vegan or a vegetarian, although this is an increasingly common reality, since the vegetarian population already adds up to more than 30 million Brazilians, according to the last survey carried out by Ibope, in 2018.

Gluten-free and naturally lactose-free, the caramelized onion quiche with “cheese” goes well with hot summer nights, unlike turkey and large cast, which make those who import traditions from the northern hemisphere below the equator sweat.

The stuffing, with a lot of onions slowly caramelized in orange juice and a “cheese” prepared with silky tofu —the one that usually goes in miso soup is softer and smoother than traditional tofu— arouses sighs even in those most skeptical about à la cuisine. vegetable base.

I offered a piece to an uncle who, after repeating the dose, told me that the quiche “doesn’t even look like it’s vegan”, it’s so delicious. I made the offense the highest compliment I could receive from an inveterate carnist.

For the gluten-free dough, I suggest a mix of almond flour, coconut flour and xanthan gum, which helps bind the ingredients together, a function that gluten performs very well. Whoever wants can use wheat flour, or a ready-made mixture of gluten-free flours.

I opted for one blend homemade flour based on oilseeds to contemplate a consultancy that required low carb recipes, that is, with few carbohydrates in the composition.

I doubt there will be even a piece left to tell the story, so the tip is to double the recipe and freeze one of the quiches, already baked, for the first days of January, when laziness reigns and all we want is a break from the kitchen.

Let’s go to the recipe.