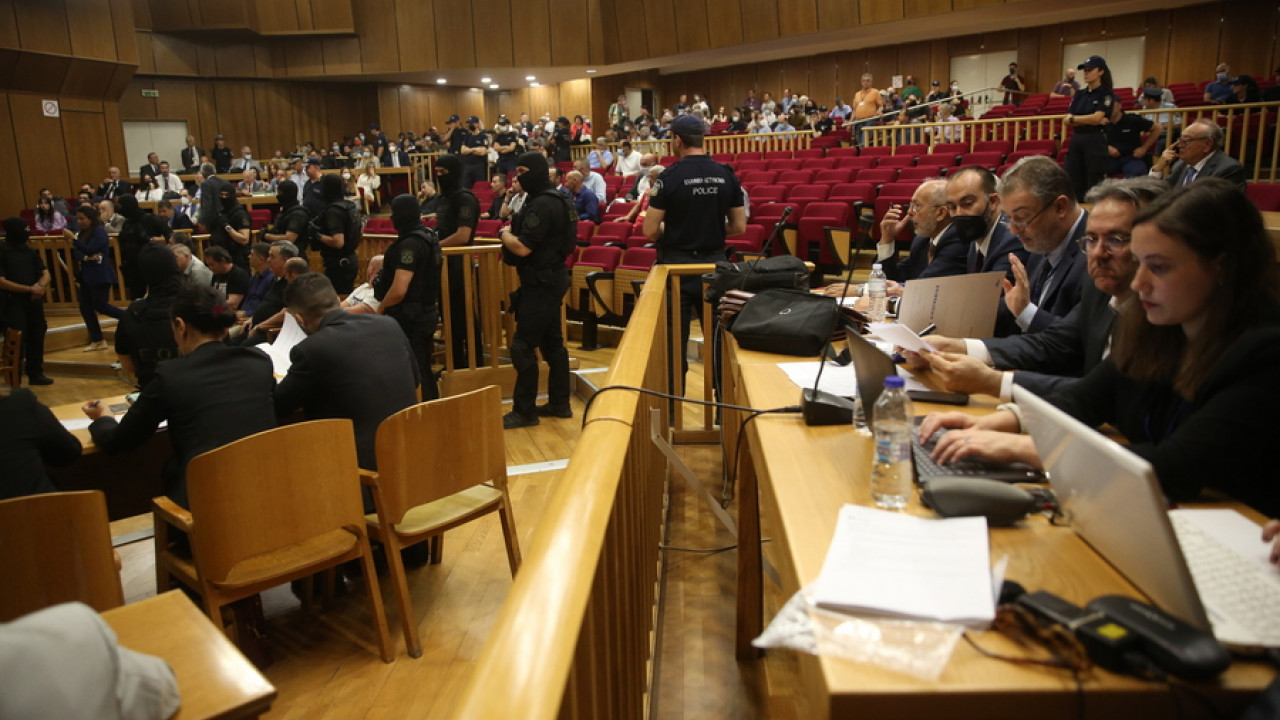 The Court adjourned for Monday morning.

Ilias Kasidiaris and Yiannis Lagos, who were convicted as directors of the Golden Dawn criminal organization, requested the suspension of the execution of their sentence at the Five-member Court of Criminal Appeals.

For the third time in the court that is trying her Golden Dawn case Yiannis Lagos (who was absent from the bench today) and for the first time since the beginning of the trial Ilias Kasidiaris, who was transferred from the prisons, asked the judges to release them.

The first to file the request was Ilias Kasidiaristhrough the lawyer of Vassos Pantazis, who emphasized that the accused has been sentenced to 13 years in prison of which he has served 10 years (three and a half actually including the daily wages he has made in Domokos prisons).

The advocate said that her client “has a clean criminal record, he has not even violated the Code of Criminal Procedure. He is not a fugitive suspect, he is not a danger to society as a whole. The first instance decision does not specify why it does not grant him suspensive power in the appeal, but makes a general reference that he directed with others. The entire indictment is based on excerpts of specific speeches of his. Phrases have been isolated and appeared in a context other than reality.”

The advocate argued that the stay of Ilias Kasidiaris in Domokos prisons causes him irreparable harm. “He is the only Greek prisoner for whom there is an overturned decision of the General Anti-Criminal Secretariat not to allow him any communication except through his lawyer. In global reality this has happened in only two states: in Turkey with a Kurdish prisoner and in Ukraine with a Russian prisoner,” he said.

The defendant, who took the floor after his counsel, to support his request claimed that the progress of the trial is being deliberately delayed so that he himself remains in prison and cannot hold an election campaign with his party, which, as he said, the opinion polls show that he is entering the Parliament.

“I am serving a prison sentence for my many years of vigorous struggle against corruption. Now what I was shouting about kickbacks is proving to be true, in foreign countries from foreign systems. Here the judicial system tolerates corruption” said Ilias Kasidiaris. According to the once powerful member of the Golden Dawn, as in 2015, he should “remain in prison” now.

“Why was I in prison in 2015? Because we had elections. I should still be in prison. All national parties in Europe form governments, in Greece they should not exist with large percentages, for political expediency. We have direct interference in free elections. The essential irreparable damage will be suffered by hundreds of Greek citizens who vote for my party. My party has 23 million views. My every intervention from prison is heard by thousands of citizens… The criteria for being in prison is so that I don’t campaign,” said the applicant, who argued that the government’s intention, which – as he said – is affected by the appeal of his party, ” it’s me going to elections from Domoko’s phone number”.

A request to suspend the execution of the 13-year sentence was also filed by Yannis Lagosthrough his lawyer, Ioannis Zografou.

“Taking over from Ilias Kasidiaris, as I have written in the application, I point out that the justification for rejecting the previous request of Yannis Lagos was not sufficient. The imprisonment of Yannis Lagos failed because he continues to declare himself a political prisoner. A favored state does not take revenge on its prisoners. His stay in prison becomes irreparable damage,” Mr. Zografou emphasized.

At the start of the proceedings, when Ilias Kasidiaris was brought into the courtroom, approximately 50 of his supporters greeted him with standing ovations, an action for which the president made a remark to the police and the bystanders. Since the beginning of the trial, today is the second time that Ilias Kasidiaris appears in court.

The Court adjourned for Monday morning.

Facebook
Twitter
Pinterest
WhatsApp
Previous article
Volos: Prosecutor intervention for the real animals in the mangers
Next article
The Children’s Emmys: Awards to the actors – famous “voices” of animation