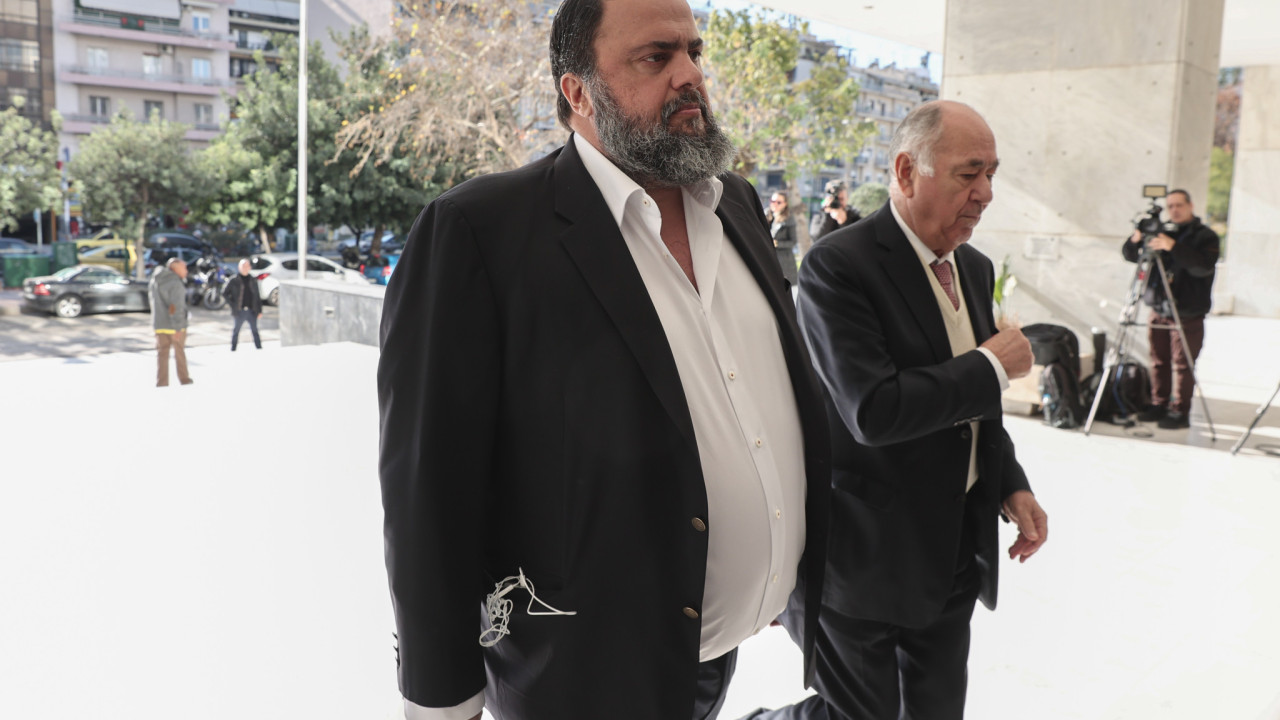 Marinakis’ testimony at the Special Court

The witness described the position of the SYRIZA government to acquire a channel of its own influence as “morally and politically” unacceptable – However, he added that the tender process was without irregularities and absolutely correct

Shipowner and publisher Evangelos Marinakis was mentioned in the testimony about the background that determined the competition for television licenses, which was finally canceled in a resounding manner by the Council of State and the participation of businessman Christos Kalogritsa.

Mr. Marinakis referred to the Special Court on the events related to his meeting with Christos Kalogritsa, when he was asked by the then Minister Nikos Pappas to receive him and facilitate him financially so that he could collect the first installment to take part in the tender procedure for television licenses.

The witness stated that “morally and politically” it was not correct for the then government to seek through Christos Kalogritsa to acquire a channel of its own influence, however he expressed the opinion that the tender process developed without irregularities and in essence it was a correct decision, because according to in his opinion, only four channels are viable.

“My appointment with Mr. Kalogritsa was booked by Mr. Pappas. Mr. Pappas and Mr. Tsipras thought it was right to help Mr. Kalogritsa get a frequency and get their own people like Mr. Arvanitis to run the station and thus have a medium friendly to the SYRIZA party. I believe that in a democracy a government and a political party should not behave in this way. In the past there was the KKKE, which declared that it had a medium and the world knew it belonged to them and that is clear and stated from the beginning. That is clear and everyone knows from the beginning who to listen to and who to read.”

President: Was all this intervention by Mr. Pappa intended to emanate from the then government?
Marinakis: The desire to build this channel was a desire of Mr. Tsipras and Mr. Pappas to have this station. Mr. Kalogritsas had no reason, he had his job, he was pushed into this venture…
Chairman: Where do you get that from?
Marinakis: This whole process of asking me for this help was done by Mr. Pappa. Mr. Pappas had the agreement of Mr. Tsipras. Many times he told me that he has the agreement of Mr. Tsipras and that he acts accordingly
Chairman: You have said that you had met with Mr. Pappa both in your office and elsewhere ….
Marinakis: In my office I had an official meeting with Mr. Pappas, it took place after the competition. As for other meetings at Megaron Maximos they were within the framework of legality. We were talking about Piraeus and the competition
President: What happened in your meeting with Kalogritsa?
Marinakis: He came to my office and expressed to me his desire and the desire of the government to help him financially for the first phase of the station. I explained to him that it was difficult and that it could also give wrong messages to other channelers as well. I felt that I should not enter into this process. It was a large amount of money. We are talking about many millions, it wasn’t something planned, I didn’t have it in mind. But apart from that I felt that it is not right for me to get involved in the process.
President: Did Mr. Kalogritsas tell you how he decided to participate in this competition?
Marinakis: I think he was pressured. Either Mr. Pappas or Mr. Tsipras or other people from the government asked him to do it. I thought he was doing it more for them than for himself.
President ; And in the past he was involved with publications…
Marinakis: Yes with publications, not with channels. However, our conversation then (with Mr. Kalogritsa) was limited only to the amount of the first installment
President: Can you give us an explanation since Mr. Pappas and the government wanted this channel from Kalogritsa why didn’t he try to help him?
Marinakis: He tried to help but they couldn’t. Mr. Kalogritsas, Kontominas, saw me…
President: He asked for a 48-hour deadline and it was rejected. Why;
Marinakis: If they gave another deadline, they would create problems with the other channel managers as well. It would have created a big issue that the government obviously didn’t want to deal with. After the end of the process there were statements, among them the strange statement of Mr. Savvidis who said that he entered this process like a hare if I remember correctly. And Mr. Savvidis was friendly with the then government and helped them. So the fact that an extension was not given was nothing because the next player had good relations with them.
President: Why did you wait 1.5 to 2 years to make all these important things that you said in your interview public? Such a serious complaint….
Marinakis: All that I told you before and I had said in his interview with Mr. Hatzinikolaou and in another interview with Mr. Schroiter are facts. It’s just like that but it wasn’t something they felt I should report the next time. It was not ethical. I think a government should have other priorities. A minister, Mr. Pappas should focus his attention on his ministry. I didn’t feel like it was something I had an obligation to report the next day.
Answering other questions from the seat, Mr. Marinakis said: “There were tensions with the government. What had happened and should interest us is the following: In 2017 I acquired DOL, “Vima” and “Ta Nea”, magazines and other publications. Why am I saying this? Because this particular government had a wrong view of the media. About how these should work. They wanted to change managers and fire journalists. This shows a wrong perception of how Democracy works in our country. Something similar is shown by the government’s desire to acquire a television station and assign specific people to run it. Big mistake and creates a huge problem in the Democracy in our country. …”.

The competition is correct
In another part of his testimony, Mr. Marinakis referred to his meeting with Mr. Kalogritsa and expressed his opinion on the tender process for television licenses.
“When Mr. Pappas asked me to see Kalogritsa if I could help him, I thought it right to see him out of courtesy and I answered him immediately.” He also emphasized: “As I said, I considered this competition right because I think that in a small country like Greece, 4 channels were enough. They could be sustainable and profitable. I believe that every business and especially the media should not be state-owned. In our country it is a bit difficult to understand this. We acquired Mega and then with covid the government gave all the media money for advertising. We returned the money. The criteria for what each media outlet will get was wrong. We returned 1.3 million because I didn’t want to have anything to do with this process and I also considered it wrong.”
Prosecutor Asprogerakas. What do you think was Kalogritsa’s plan to enter the competition?
Marinakis. They told him to come down, they said come down and we will help you. That is what I believe.

G. Manzouranis (Pappas counsel): MANZOURANIS (PAPPAS): You said that you think it was not morally correct and politically honest, but it was not a crime either. Did you find during the competition from the beginning to the end any irregularity or illegality?
Marinakis: No, I actually thought it was very right to cancel four channels.
G. Mantzouranis: Did you receive any pressure from Mr. Pappa when you did not agree to loan Mr. Kalogritsa?
Marinakis: No.
G. Mantzouranis: Did you meet Mr. Kontominas? Was it at Mr. Pappa’s instigation?
Marinakis: I met him, but I don’t remember.
G. Mantzouranis: I want to say that today’s witness was consistent in what he had said in his interviews.
A. Loverdos (advocate Kalogritsa): Mr. Pappas was asking the prime minister about which issue did you speak? Was it reserved?
Marinakis: He told me that I would talk to Mr. Tsipras and get back to you. I consider this correct for Mr. Pappa because he should convey them to the prime minister
A. Loverdos: Did he tell you that Mr. Tsipras was aware of your meeting with Mr. Kalogritsa?
Marinakis: He called me and told me if I can help…
A. Loverdos: You mentioned the name of Mr. Arvanitis
Marinakis: Yes, I saw him at Megaros Maximos and he said he was preparing the channel.

Facebook
Twitter
Pinterest
WhatsApp
Previous article
America’s Archbishop: Think of all those whose lives have been destroyed by violence and war
Next article
World Cup must go back to basics, says official on 2030 in South America