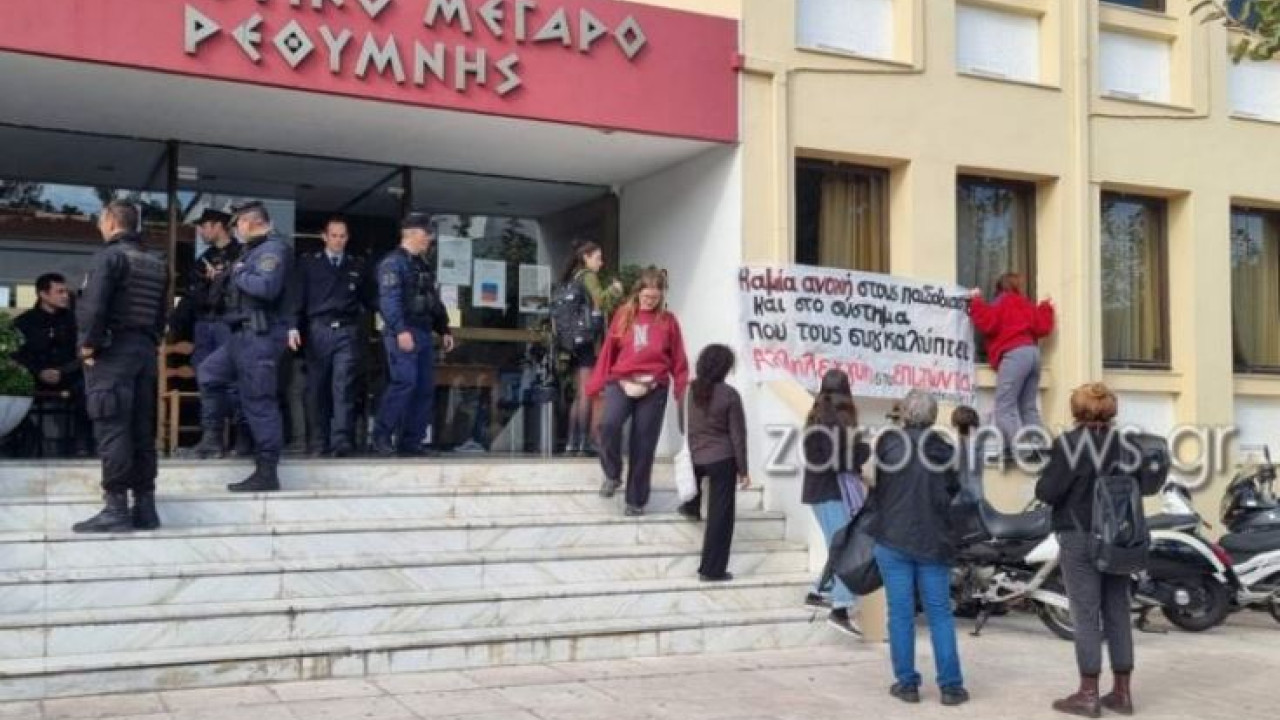 Crete: The prosecutor requested the acquittal of the priests for the gang rape of 19-year-old Yiannis

On Thursday morning, the Prosecutor of the Joint Jury Court of Rethymnon requested the release of the two priests from the charges of gang rape of the 19-year-old with mental deprivation in a village of the Municipality of Platanias, with the trial of the case now entering its final stretch.

The Prosecutor’s proposal was a conviction for the 68-year-old main defendant for the rape of Giannis and for the father for neglecting to supervise his minor son.

In more detail, the prosecutor, analyzing the evidence presented during the long hearing, as well as the reports – of the medical examiner and of the social services – suggested the guilt of the first of the defendants for one rape – and not for consecutive rape, as mentioned in the referral will.

For the father of the 20-year-old Giannis, who lives after the revelations in a social structure as he is a person with moderate mental retardation, he proposed his acquittal on the charge of complicity in the rape, arguing that the first defendant does not appear to have committed the subsequent rapes and therefore the father cannot have known that he made them cooperate. With regard to the conditions of ill-treatment of little Yannis, who “lived in conditions similar to Costalexi”, as the prosecutor characteristically said, he proposed the father’s guilt, with the difference that he proposed that the charge be made a misdemeanor, given that “he himself accepted the situation and did not change it, living in the same conditions”.

For the three other defendants, a 72-year-old priest, the child’s father’s brother and uncle, the 44-year-old also a priest and his 42-year-old disabled brother, the prosecutor argued that the two gang rapes, for which they are accused, “never happened” and that the victim’s claims are not confirmed and that they are part of 20-year-old John’s imagination. Therefore, he suggested that they should be declared not guilty.

He also referred to the psychiatric expertise, which stated that the 20-year-old often confuses reality with fantasy, which he enriches with various references and for this reason, said the prosecutor, “every claim of the patient should be confirmed many times”.

The prosecutor in his proposal mentioned the forensic examination in July 2021 – when the case was finally revealed – from which the sexual abuse of the child emerges, but not the face, as he said afterwards.

For the one case, for which he suggested the guilt of the 68-year-old first defendant, he relied on an examination at the Rethymno hospital in February 2017 and the statements of the main witness, a resident of the area, who had reported that she had seen the then 15-year-old Giannakis he comes out of the first accused’s house with his grandfather and the grandfather shouting at the accused “what have you done to the child? If you did anything to the child, I will kill you.” The witness then reported that when she asked the child what had happened, he described a rape.

The trial continues with the purchase of the advocates while the Court’s decision is expected tonight or Friday morning at the latest.

Facebook
Twitter
Pinterest
WhatsApp
Previous article
UK businessmen unhappy with Brexit – They feel they are ‘banging their heads against a wall’
Next article
Europe: The rebound continues in Europe with the banks