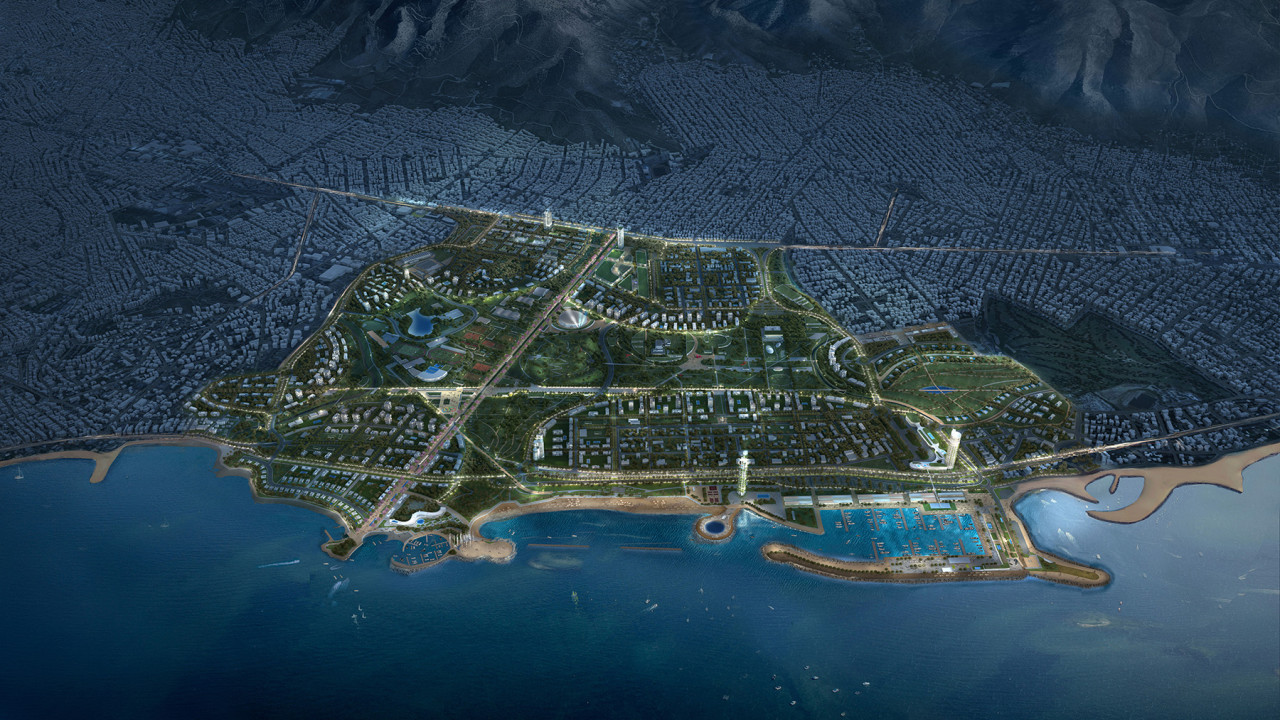 Hellinikon in a year from today: The project deliveries, the competitions, the residential redevelopment

But where will Elliniko be in a year from today, at the end of the new year that starts in a few twenty-four hours?

The urban regeneration of Hellinikon, which is in full development, was the most important news in the field of real estate development in our country, but it also had a significant impact at the European level.

The impressions of the foreign journalists who visited Elliniko and their extensive reports in the last four months of 2022 in major international media capture in the best way the progress of the works in the largest urban regeneration project at the European level.

The international media is already placing Elliniko in the new international landmarks by talking about an iconic smart sustainable city being created at the long-abandoned former airport of Elliniko, showcasing the Experience Park and Experience Centrewhich have already been delivered to the public, unique in their kind at an international level.

But where will Elliniko be in a year from today, at the end of the new year that starts in a few twenty-four hours? Which projects will have been delivered according to what has been announced, which construction sites will have their machines at full capacity and how will the surrounding area have been shaped?

The internationally model building will be in full operation, housing the needs of 4 disabled associations as the work will be completed, as announced, in the summer of 2023 and the facilities will be delivered fully equipped, turnkey , no later than autumn of the same year.

The construction is already at a very advanced stage, with Lamda Development having fully taken over its construction costs, which will exceed 15 million euros. The building, a complex of 11,000 square meters, on an area of ​​7,400 square meters, with a special emphasis on its green surroundings, will be handed over by Lamda Development to the Municipality of Hellinikon-Argyroupolis as part of the Memorandum signed a few days ago with the aim of the benefits of its regeneration project of Ellinikos to spread more directly and faster to all the inhabitants of the Municipality and to the wider society.

Already in the area around the construction site, dozens of new trees have been planted, including olives, carob trees, custard apple trees and others of Greek origin, which match the environment and the vegetation of the area, with a height of up to 6 meters, creating in this way a green zone around the site where the building will be erected so as not to burden the neighboring residential area.

The infrastructure projects of the first phase, which are already in full progress, will be at an advanced stage, with the dominant one being the undergrounding of Poseidonos Avenue at the height of Agios Kosmas. Already today, excavations have progressed covering 2/3 of the entire 1.3 km length of the undergrounding with the works ahead of schedule.

Throughout the duration of the project, there will be no need to stop traffic on Poseidonos Avenue, as when the project is completed, the existing axis will be unified with the new underground section on the same day. Upon completion of the project, traffic lights along Poseidon Avenue will be removed, relieving rush hour traffic congestion.

At the end of 2023, the work on the Trahona stream will also be completed, which is already at an advanced stage, having created a water channel that will have a dual role: to offer recreational solutions and proposals in the wider area as well as flood protection in the area .

A year from today the first floors of the tallest coastal green skyscraper in the Mediterranean, the Riviera Tower, it has been announced, will have started to rise on the construction site which is already in full operation.

After the issuance of the relevant building permit in August 2022, for which a large number of approvals were required and more than 1,900 plans were needed, the site area was immediately demarcated, the works started and the foundation is completed in May 2023. Characteristic of the interest in the this residential redevelopment is the fact that customer advances have already been deposited, which correspond to approximately 95% of the sold area.

By the end of 2023, almost all of the demolition of old buildings will also have been completed, after careful planning based on the principles of the circular economy (recycling and utilization of materials with the aim of protecting the environment).

As the managing director of Lamda Development Odysseas Athanasiou has said for the faithful observance of the environmental commitments of each project, a special team has been set up at each stage. As it has been announced, 70% of the area of ​​Hellinikon will be green, from just 25% that was before.

Competition series will be completed

Completion of tenders will result in the start of construction works. At the same time, the implementation of agreements such as that of Lamda Development with TEMES regarding the creation of two five-star tourist complexes will have progressed.

With the projects in progress, the number of new jobs is also increasing. As Mr. Athanasiou has underlined, the possibility is also offered to our young fellow citizens who left our country to return, which is already happening in the case of Hellinikon. The new jobs exceed 10,000 over the course of two years, while at its peak the Hellinikon project, which is the largest private investment of 8 billion euros ever made in our country, will have created 75,000 new jobs. An ambition of the Elliniko project, as mentioned by Dr. Spyros Latsis, at the official opening of the project in the presence of the Prime Minister, is that the Elliniko appeals to all Greeks. For everyone to benefit and seamlessly, as he characteristically said.

Rethymno: Those involved in the bloody incident in a bar were given a deadline to apologize