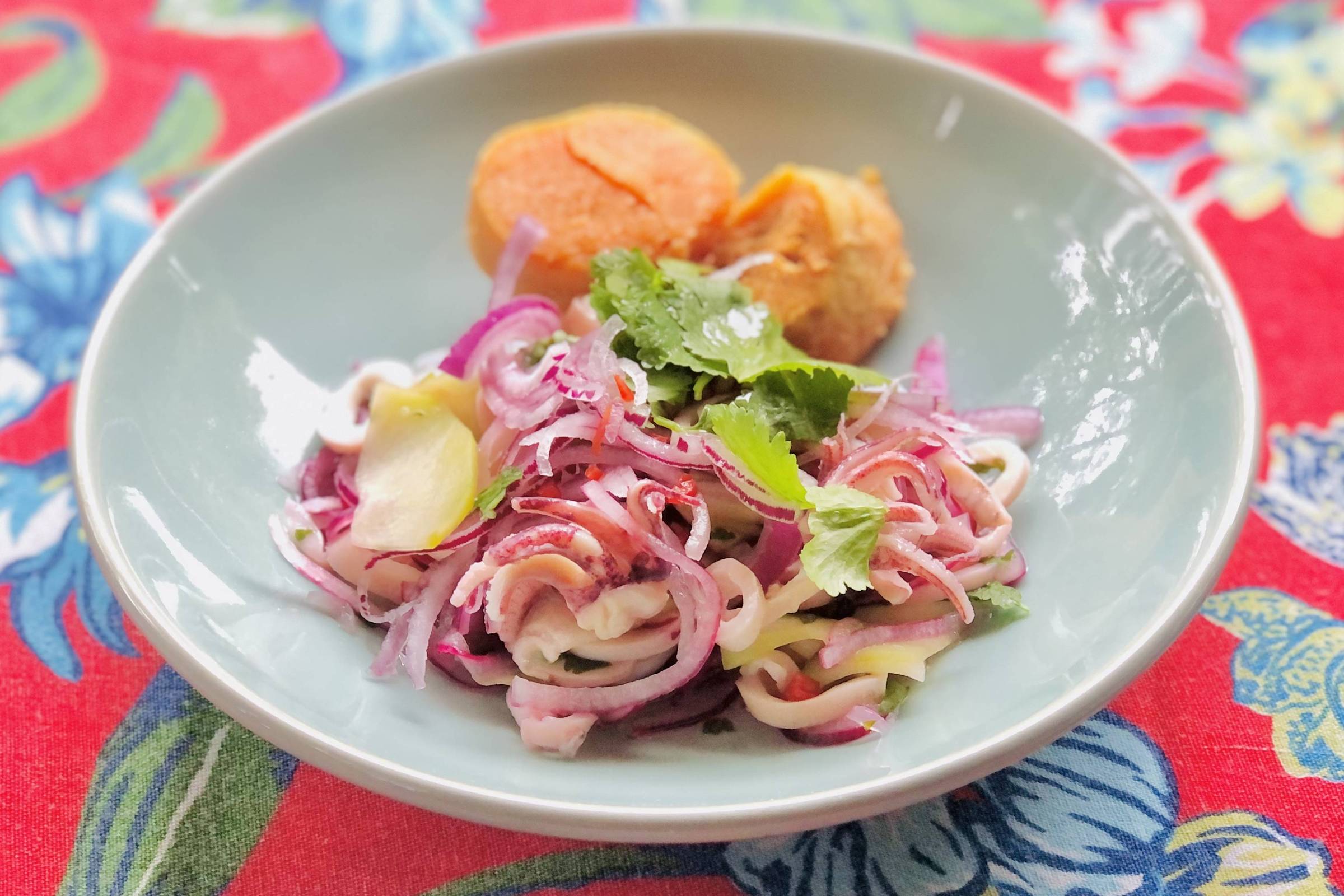 Opinion – Recipes from Marcão: Squid ceviche with chayote is a recipe to start 2023 off right

The New Year is right around the corner. I’m not superstitious, but sometimes it’s nice to embark on rituals to scare away the urucubaca from the past. At this turn, however, no pomegranate, lentil or bay leaf in the bag.

To celebrate the arrival of 2023, I chose a recipe for squid ceviche with chayote —as far as I know, my own creation. Perfect for summer, perfect for the beginning of the season.

Ceviche is a cold preparation typical of Peru and many other countries on the Pacific coast of Latin America: Ecuador, Colombia, Costa Rica, Mexico. These are fish, seafood and/or vegetables cured in an acidic broth of lemon, onion, coriander, some pepper and other varied seasonings.

It is quite common to use squid in the preparation of ceviche. Unlike fish, which is used raw in the recipe, squid must be cooked first. Five minutes at the most in boiling water —after that, the meat turns to rubber— and immediately soak it in ice water to stop the cooking process.

Chayote, a vegetable native to Central America, is a widely used substitute in vegan ceviche recipes.

The mild flavor of chayote, here, becomes an asset. It absorbs all the aromas and acidity of the broth. Used raw, the vegetable provides a crunchy texture that makes a nice counterpoint to the tenderness of the cooked squid.

To compose the classic ceviche flavor, in addition to the lemon, I used a good amount of red onion, less aggressive than the white one. I garnished with orange sweet potato, common in the Andes (if you can’t find it, you can use another sweet potato).

Peruvian ceviche uses typical Peruvian peppers, such as ají amarillo and ají rocoto. If you have any of them handy, fantastic; if not, do as I do and use chili pepper.

A generous handful of coriander is needed to flavor the ceviche. If you’re on the disgusting team, I’m sorry to say that it’s not worth trying to replace.

Finally, when portioning out the ingredients, remember that the chayote is a supporting element: the squid is the protagonist.

Salt, coriander and pepper to taste

Facebook
Twitter
Pinterest
WhatsApp
Previous article
Dead climber on Olympus: The first information about the unfortunate 41-year-old
Next article
The countries that will receive billions of dollars to stop using polluting fuels