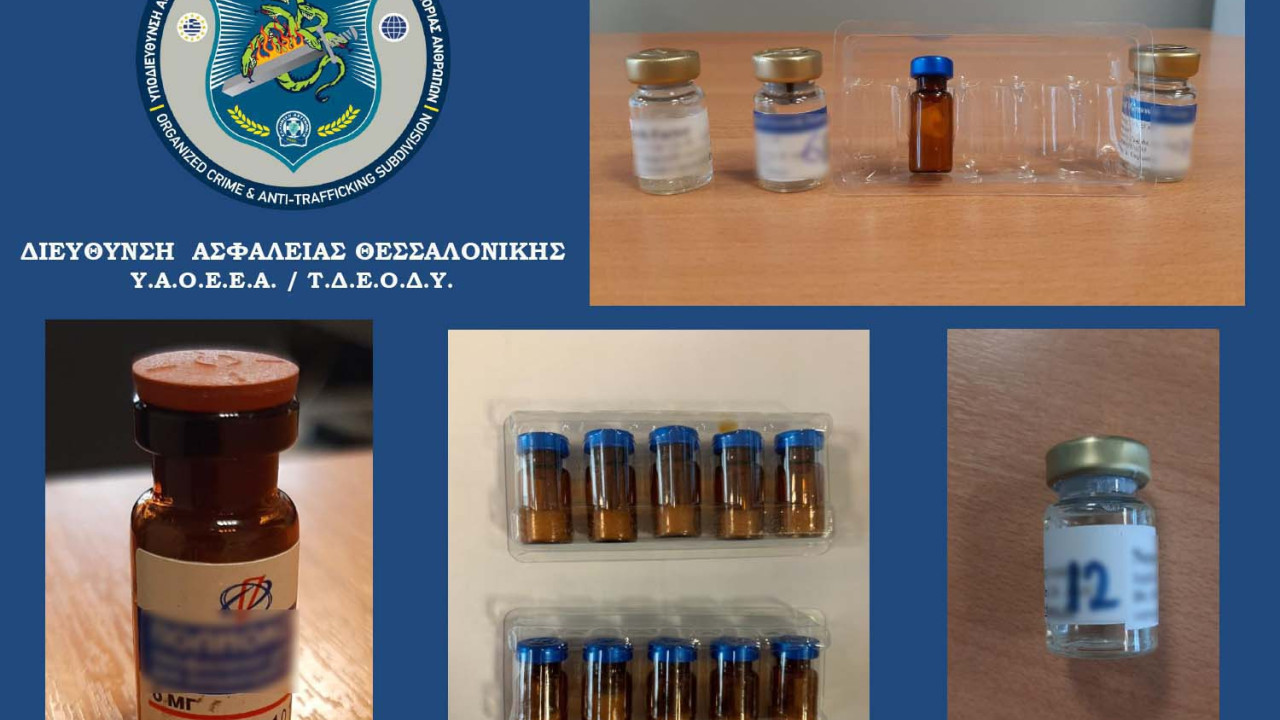 Fake doctor: How he “trapped” his victims – He set a “trap” with public figures

The Thessaloniki Police speak of 15 cases of patient fraud – The official announcements of the Police – More than 900,000 euros the loot of the fake doctor and his German accomplice

Politicians, artists and athletes were said to have been treated by the 66-year-old physiotherapist from Athens, who presented himself as a doctor to patients suffering from multiple sclerosis.

He approached victims promising a breakthrough treatment, with stem cell injections, and extorting exorbitant sums of money from them. At least 5 people died because they stopped their medically indicated treatment.

The action was reported to Thessaloniki Security in December 2020 by the brother of the deceased victim. The cases of the remaining four dead people come from other regions of the country.

The Thessaloniki Security is talking about 15 cases of patient fraud, while it has asked the Public Prosecutor’s Office to make public the identity details and photos of the two defendants in order to find out if there are other victims.

The first complaint against the fake doctor was made at the Athens Prosecutor’s Office for fraud against a female patient, but the case of physical injuries was not examined.

He was allegedly working with a 72-year-old German doctor who was based in the federal state of Baden-Württemberg. Criminal charges have been brought against both of them, in the degree of felony, for manslaughter with intent, committed and attempted, for grievous bodily harm and for fraud.

During the preliminary police investigation, the two men were asked to testify as suspects. “I wanted to help the world,” said the 66-year-old and declared that he does not accept the accusations. The German accomplice refused to give details about the cases, according to the police.

Laboratory investigation of the vials of the found therapeutics revealed that they contained a combination of amino acids.

“In the context of a multi-month investigation carried out by the Thessaloniki Security Directorate, it was found that so far at least 15 patients with multiple sclerosis, usually at an advanced stage, but also with other neurological diseases, have been deceived.

From the investigation it emerged that a local physiotherapist and a foreign general doctor are involved in the case, whose activity starts at least since 2009 and is located in various regions of Greece. The illegal financial benefit they obtained from their criminal activity exceeds 900,000 euros”, said the Director of Security of Thessaloniki, Brigadier General Stavros Keselidis.

The full text of the announcements

An end to the activity of two individuals who defrauded patients with multiple sclerosis, usually at an advanced stage, but also with other neurological diseases, after a long and intensive investigation, police officers of the Department of Prosecution of Criminal Organizations and Transnational Affairs of the Sub-Directorate for Combating Organized Crime and Human Trafficking of the Directorate of Security put an end to the action Thessaloniki.

It’s about A 66-year-old citizen and a 72-year-old foreignercharged with murder, fraud, exposure, medical impersonation and money laundering.

So far, at least 15 cases of defrauding patients – patients with multiple sclerosis, but also other neurological diseases – have been reported, while 5 of them have ended up in the past tense.

Their activity started at least from 2009 to November 2020 and is located in Thessaloniki and other regions of Greece such as Athens, Corfu and Chios.

In particular, the 66-year-old man, using medical titles and specialties he did not possess, presented himself to his victims as a physiotherapist or neurologist, while in some cases he also used his real status as a physiotherapist, while correspondingly his foreign accomplice, who is a general practitioner, presented himself as a geneticist or neurologist.

Together, the two perpetrators falsely represented to the patients and their relatives that they possessed the required specialized scientific expertise and training and promised the unattainable, i.e. a complete cure or at least a spectacular improvement in their health, if they agreed to follow the proposed treatment with peptides and stem cells.

In order to convince patients of the effectiveness of the treatment, they stated that precisely because it was so effective it conflicted with the interests of the pharmaceutical companies, that it was used by famous people, such as politicians, artists and athletes, and even went so far as to question the already established diagnosed diseases.

In addition, they persuaded their victims to travel to Germany in order to undergo a specific examination, with all costs covered entirely by the patients.

Immediately afterwards, there was a personal examination by the foreign doctor, where the patients were presented with the benefit of the proposed treatment and after receiving approval to start the treatment, they were given a subcutaneous injection.

Subsequently, upon their return to Greece, the 66-year-old or relatives of the patients undertook to carry out the injections, according to his instructions.

Depending on the financial strength of the sufferers, the vials with the peptides were charged from 200 to 300 euros each, while the stem cell injections cost from 10,000 to 25,000 euros per dose.

It is worth noting that some patients were advised to stop taking the medication prescribed by their treating physicians, in order for the treatment with the peptides and stem cells to work. This has had the effect of worsening their state of health, while in some cases it is estimated that we contributed to hastening the event of the patient’s death.

As part of the International Police Cooperation, searches were carried out both in Greece and in Germany by the respective German Authorities, in homes and clinics, during which the following were seized, among others:

Vials with preparations, which after laboratory tests showed that they had no medicinal use,
Folders with patient names that contained medical tests,
1 stun gun with magazine and flare launcher,
1 judge and
The sum of 1,850 euros.
The total monetary benefit that the perpetrators have so far obtained from their criminal activity amounts to approximately 900,000 euros.

Facebook
Twitter
Pinterest
WhatsApp
Previous article
Medical Association of Thessaloniki: Instructions regarding the new case with a fake doctor
Next article
SYRIZA: Panic and desperate attempt by ND to change the agenda